Just in time for Valentine's Day, we look at the research of alum Sven Nyholm, whose work includes exploring the possibilities and ethics of robot romance. 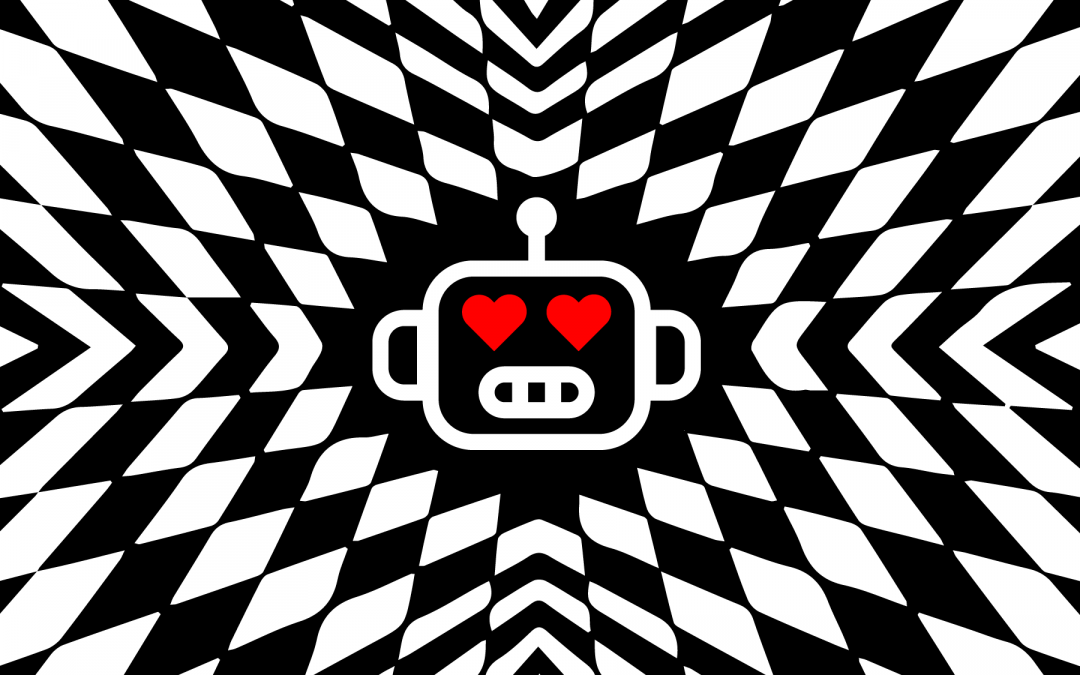 Is mutual love with robots possible? If so, what does it mean for us humans?

“It began as a thought experiment.” At his first teaching job, at the University of Cologne in Germany, Sven Nyholm (Ph.D. ’12) was tasked with teaching a course on an area of practical ethics of his choosing. Nyholm chose to focus on the philosophical questions around “human enhancement.”

“Human enhancement is the idea of using technology and drugs to ‘improve’ human beings, and, in the extreme, of moving beyond our current state as homo sapiens to a post-human state—or what we would call transhumanism,” Nyholm says.

Nyholm became especially interested in the topic of “love-enhancement drugs.”

“These are drugs that aren’t about to go on the market anytime soon for this purpose, but that we’re speculating about based on how they are used for other purposes,” he says. “The main example is oxytocin, which can be delivered via a nasal spray. It can make people more trusting and strengthen bonding.”

In connection with teaching the course, Nyholm discovered, and became intrigued by, a series of papers published by the Oxford Uehiro Center for Practical Ethics. “A question that really caught my interest was, if you are in a romantic relationship and the reason you’re able to sustain the relationship is that you’re using enhancement drugs, is that really ‘true love?’ It could certainly be positive and beneficial to have these enhanced relationships, but it would be a departure from what people typically dream about and hope for when they think of romantic relationships. This got me interested in how it’s possible some of the technologies that are being developed now may be changing how we value certain things such as romantic love. One of the things that came up as a follow-up question for me, was, if you are using a neurochemical or hormone treatment to modulate love relationships, what about robots? In a way, that’s the natural next step. If you are trying to control everything via drugs or hormone treatments, imagine a scenario in which you have even more control, such as with a robot that you design according to the preferences and the values of a specific person.”

On one level, it was a thought experiment. On another, the idea was connected to very real developments in the world of robotics. The world of sex robots, specifically.

“For a long time there has been the idea of the ‘improved’ sex robot,” Nyholm says. “That is, a sex robot who has been equipped with some small degree of artificial intelligence and the ability to move around a bit. The companies behind the three most famous—or infamous, depending on your point of view—sex robots speak about them as if they are about more than just sex. For example, one is marketed as a ‘loving friend’—a companion you can get to know. Another is said to have technology enabling it to display a wide array of facial expressions—again with the idea that you will be able to create an emotional bond with it. This raises philosophical questions of whether we could ever make sense of the idea of love between a human and a robot.”

Nyholm, who now teaches at Eindhoven University of Technology in the Netherlands, decided to pursue the question from an academic standpoint. Last year, he co-authored an article included in the anthology Robot Sex: Social and Ethical Implications, which was published by MIT Press in 2017.

“There are three broad clusters of ideas people tend to think about when they think about love. The first is the idea of a good match—of finding your other half, an idea which goes back to ancient philosophy and Plato’s Symposium. The question, in terms of mutual love, would be whether a human being could be a good match for a robot. That would require that the robot to have certain values and things it likes or dislikes, and that the human could live up to that ideal. Another challenge comes from another common idea about love—which is the idea that when you first have a relationship, you come to value your romantic partner as an individual, for his or her distinctive particularity. The robot should be able to value a person for who they are as an individual. The third big challenge would be to have the robot recognize the ideal of commitment. You could program a robot to follow someone around, but that would leave out the idea that a commitment is a kind of choice.

Nyholm notes that people already have a tendency to talk about robots such as self-driving cars as “making choices.” Part of what people value when someone commits to them, he explains, is that the other person could also one day choose to leave—one is freely choosing to be with the other. Could a robot possess some kind of free will or capacity for choice that would enable it to choose to commit to a particular person?

“The human being who makes a choice understands that he or she faces a choice, is able to think about the options, has certain values and preferences that serve as the basis for choosing, and makes the best selection based on those values and preferences,” Nyholm says. “If you think about choice as a way of having the capacity to evaluate options and concerns you have, it starts to look more realistic you could develop robots that have something that approximates human choice.

“Today, the way we talk about robot choice may be partly metaphorical, but I wouldn’t rule out the possibility that we are moving in the direction of robots that could approximate some of these human capacities and that love between humans and robots, in the future, could become a kind of reality.”

And how distant is this future?

“It’s an interesting question. One of the courses I teach at the university is on robotics used in different domains. I have robotics experts come and give guest lectures, and strikingly, they have very different predictions. When it comes to self-driving cars, for example, experts make very different predictions. Some say they are five or six years away from becoming mainstream; others are much more conservative, guessing that we’re perhaps 20 years away. The experts really disagree. A related question that comes up is, could robots become conscious? Some experts say, depending on how you define consciousness, some robots already are.”