Greetings from Athens! As the picture has hopefully clued you in, I am in Athens, Greece – not Georgia.

How did I end up from Ann Arbor to Athens? In a way, it is a return home; in other ways, an adventure.

I was born in Finland, somewhere in the center of the country in a town no one has heard of. Greece is to Finns like Ibiza to the Brits or Mexico to Americans, and like everyone else, my family traveled there to escape the arctic misery and to enjoy the beaches. In between building sand castles, my mother took me to see the Bronze Age palaces of Knossos on the island of Crete, and while I mostly only remember ancient storage vessels taller than me, I guess something stuck, because ever after I was fascinated by the ancient Mediterranean world.

Years later, as I was frantically leafing through brochures for university programs, I stumbled across Ancient Greek language. If I am honest, it mostly appealed to a 19-year-old me because it seemed so obscure. Fast forward five years at the University of Helsinki, one year at the University of Edinburgh in Scotland, and I was once more browsing – this time websites, and for Ph.D. programs. This time I had a better idea of what I wanted, although not necessarily what I was getting myself into. For the past five summers, I had been returning to Greece, this time to build soil heaps of excavated material instead of sand castles. I knew I wanted to be an archaeologist working in Greece. I wish I could give lofty reasons for deciding to go to graduate school, but mostly I was just curious and felt like I was not done learning.

Through a lot of work and a lot of luck, I ended up in Ann Arbor in the Interdepartmental Program in Classical Art and Archaeology, one of the best of its kind in the U.S., if not the world. The past three years have been a whirlwind of new ideas, new challenges, new books, new friends – and, of course, new continent.

And it is thus with a mixture of melancholia and excitement that I write this entry. I am thrilled to return to my home continent for a year to study at the American School of Classical Studies at Athens, fully immersing myself in what I am most passionate about with others of my ilk. At the same time, the excitement is tempered with something I did not expect to feel, certainly not as I suffered my way through the endless polar vortices of Michigan last winter: a nostalgia for Ann Arbor.

Through this blog, I wish to share both memories of Ann Arbor and new experiences in Athens, staying blue even as I go green. 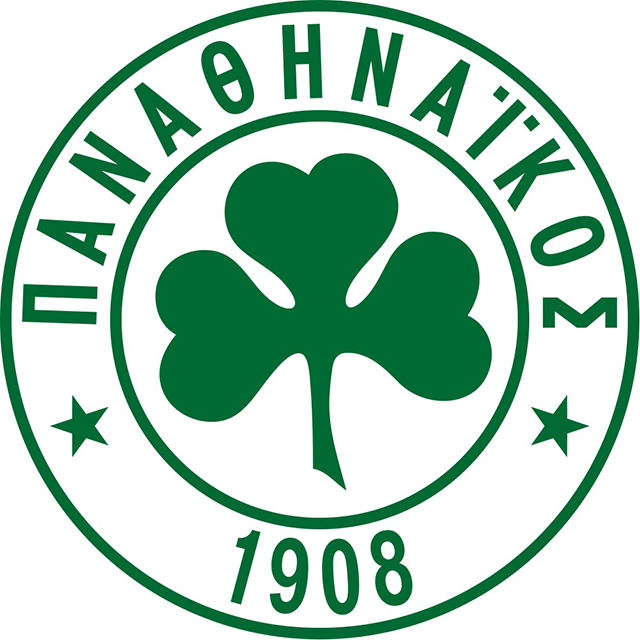 The logo for Panathinaikos, an Athenian football club. Go green!”