Statistics Ph.D. student Mason Ferlic will join Team USA at the 2020 Summer Olympics to compete in the 3,000-meter steeplechase. 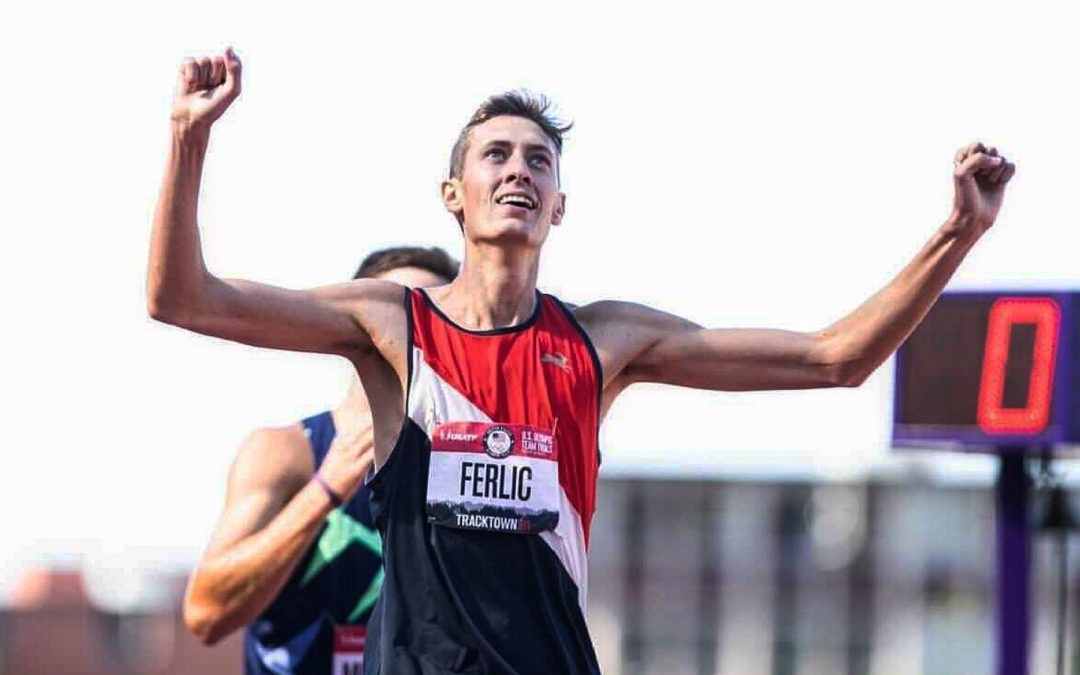 Along with more than 600 of his U.S. Olympic teammates, Mason Ferlic (M.S. ’16) has made the long journey to Japan to compete against the best in the world at the 2020 Summer Games in Tokyo.

His event is the steeplechase, a 3,000-meter, seven-lap footrace in which runners must leap 28 hurdles and seven water pits. Ferlic was both the 2016 NCAA champion and an Olympic qualifier in the steeplechase while studying for his master’s degree in aerospace engineering at U-M. Now a doctoral student in the U-M Department of Statistics, Ferlic is aiming to realize his dream of competing on the world’s largest stage in an event he describes as revolving around being self-driven, disciplined, and motivated.

“That’s why I fell in love with it,” Ferlic says. “It’s beautifully simple and also complex at the same time. Never count yourself out after one bad experience or one bad race. It’s a journey; give yourself time to reflect on it. You gotta be you, gotta stick with it, have some credit.”

Ferlic hopes to use his Ph.D. in statistics to pursue a career in exercise science, using wearable devices and biometric sensors to help solve mobile health problems.

“The Ph.D. program aligned with my career goals and my general academic interest,” he says. “I work on the intersection of big data, health, and performance. Having something else outside of the track makes me a better athlete and gives me a mental outlet. There are only so many hours I can train in a day; there are only so many miles I can run. I feel accomplished doing both things.”

Along with Ferlic, Rackham sport management master’s students Myles Amine and Stevan Mićić will be competing in wrestling events at the Olympics on behalf of San Marino and Serbia, respectively. Val Barthelemy (M.S.E. ’14) will represent Belgium in the triathlon.