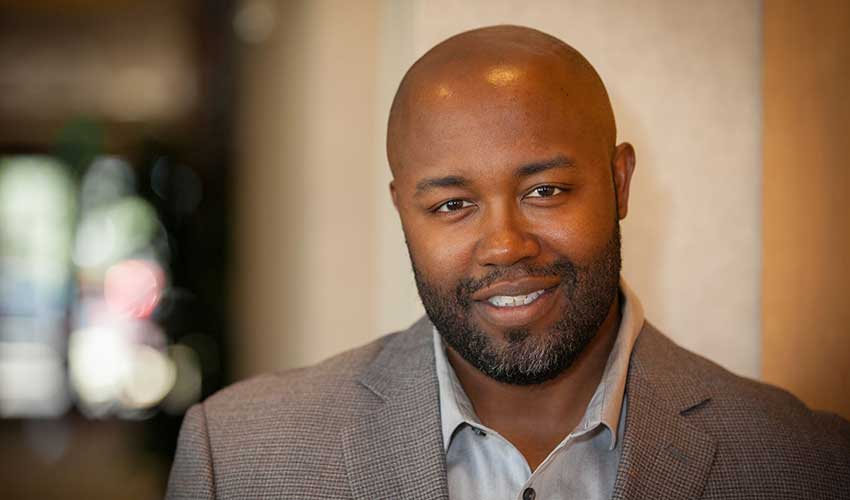 When people think of social equity, most don’t immediately think of a city transit system, but for Rackham graduate student, Eric Bettis, the two are directly related. As a second-year Ph.D. student in urban and regional planning at Taubman College, Eric spends the majority of his time thinking about how transit systems and transportation provision can be used to make the world more equitable. How does providing more transit options increase access to better schools, jobs, and recreational and community activities, specifically for those living in poverty? Can we use transportation services to provide opportunities to minorities or isolated individuals, ensuring they have the same shot as those more privileged?

Through U-M’s Ford School of Public Policy, Eric took classes focused on poverty and explored how people navigate their day-to-day lives in those environments. “I grew up below the poverty line, so it’s interesting to look back from this point of view and understand the decision-making process in a situation where you’re just trying to keep a roof over your head.”

Before coming to U-M, Eric had already spent two years in the field as an urban planner in Colorado Springs, so the decision to become a student once again to pursue his Ph.D. was not one he took lightly. “I just have so many questions. I had some pretty big ones during my master’s programs and this was my chance to really answer them. They let you off the leash and you go for it.”

Eric says he “let that dream die” when he decided to start practicing rather than continue his graduate career, but it was revived with his offer to come to Michigan. Among the factors that influenced Eric’s decision was the funding available to him. “Nobody could match the funding package. It wasn’t necessarily the decision maker, but it was a big pull. Finances can be frustrating and can cause people to leave [school], and I couldn’t go back to being a ‘broke college student’ again. It’s nice to know I can sustain myself and really lean in to what I’m studying.”

Not only has funding been integral to Eric’s ability to return to school, it has given him a sense of reassurance that he did indeed follow the right path. “To me, funding adds a level of prestige to our work and shows us that the university values our research.” Eric also says funding has made graduate school feel less transactional and more like an experience. “When you don’t have funding, it’s hard to get more than a degree and anxiety out of [graduate school]. I get to think about bigger things, like traveling for research.” Eric traveled to both Vancouver and Toronto with the help of a research travel grant, where he was able to research “on the ground” and learn while immersed in the environment, rather than stressing about what else he should be doing with that time. “I have the chance to grow and be ambitious and gain first-hand knowledge, which will make me a better professor someday.”

Of his graduate experience, Eric says it has been wonderful. “The amount of resources is incredible, even those I haven’t used, I know they’re there. The faculty I work with literally wrote the book on my area of study, and they are truly interested in what I’m doing and how they can help. There’s a real feeling of belonging in a place like this.”

With the direction of his advisor, Eric hopes to pursue a career in academia and build a presence in his field. However, he isn’t counting out having one foot in practice. “A lot of urban planners do community non-profit work, and housing can be a huge part of that. I envision having a working relationship with a nonprofit. My advisor told me, ‘If you have passionate ideas, get out there,’ and that’s what I plan to do. In social science, it’s the burning questions that keep us motivated. It makes me angry and sad, but the small victories fire me up and encourage me to keep going.”