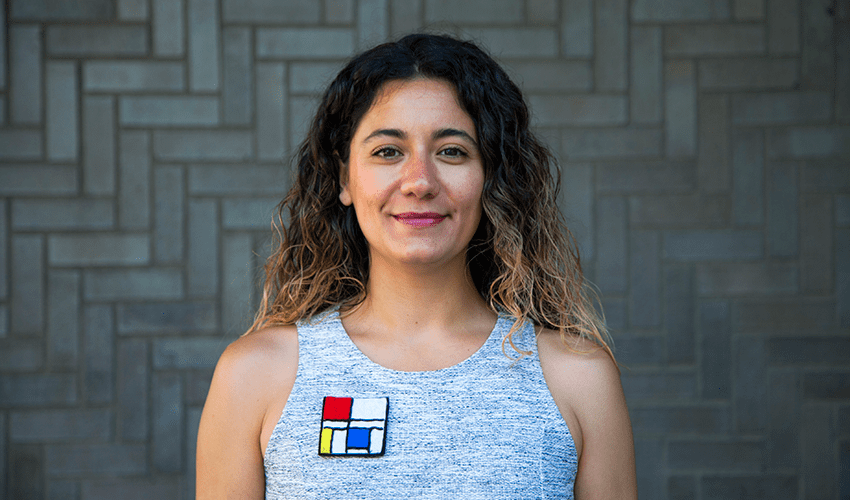 Seda Kayim has literally crossed oceans in pursuit of education in the face of adversity. Originally from Turkey, Seda experienced, first hand, the impact of the restrictions the government placed on academic institutions, as well as the authoritative pursuit of urban projects, despite public opposition. She worked as an architectural journalist and media producer after graduating with her B.Sc. and M.Sc. from Yildiz Technical University in Istanbul, and she often thought about what she could do, how she could keep the resistance alive and make a difference in the world of architecture as an intellectual field. She always knew she wanted to be an architectural historian, and when it came time to decide where she should earn her Ph.D., her search for the right school landed her at the University of Michigan.

She knew the most progressive universities for the type of work she wanted to do were in the United States, and she had long been intrigued by Associate Professor Dr. Claire Zimmerman’s work in the Taubman College of Architecture and Urban Planning. The more she explored what the University could offer her, the more she liked what she saw: a public institution with endless research possibilities, scholarship opportunities, and resources to reduce barriers for less privileged citizens of the world. She became more acquainted with Taubman and the Rackham Graduate School and further understood just how dedicated U-M was to recruiting students from all over the world and all walks of life.

“I am a Middle Eastern woman in my field, and I am proud of that, but I am also underrepresented in my field, and U-M is dedicated to changing that. People get opportunities here they may not otherwise have in their home countries,” said Seda.

In June 2016, Seda presented her dissertation prospectus and has since been conducting research in Berlin, Germany. When deciding on a research topic, she began asking herself how mass surveillance can inform processes of mass production as it relates to architecture and how we understand those processes that are often administered through scientific management. She thought even more deeply about how the notions of hegemony, democracy, and freedom change under such conditions of space production, and what we can learn from the technical surveillance, mass observation, standardization and automation of Cold War-era architecture to anticipate what the future of the discipline might entail during the 21st century—the century of mass surveillance, high-automation and artificial intelligence.

“I really believe that historical understanding may help us enlighten ourselves and shed light on a future that might seem dim in some aspects. I think it could seem much brighter if we understand how we create our built environments, how they work, and how they influence us,” Seda explains. Her research begs the question: how do mass observation and social sciences work together to create our spaces of both architecture and governmentality to shape our future?

So far, Seda has described her experience in graduate school as being “the most rewarding.” Through both Taubman College and Rackham Graduate School, Seda expresses gratitude to be surrounded by such hard-working people and to have encountered such passionate, driven individuals every step of the way, from colleagues to professors to administrative staff. “Everyone is just simply devoted and so very, very smart.”

As a recent recipient of the Dr. Helen Wu Award and summer support, Seda also attributes her positive experience, in large part, to the impact of generous donor funding. She speaks often of the burden that has been lifted, as she worries less about maintaining basic financial needs while in a graduate program and having the ability to teach while pursuing her studies and immersing herself further in her field. Summer support allowed Seda to travel to Germany, the country at the center of her research, and explore her project, herself as a scholar, and her field, including the people who have contributed to it for so long.

“For a woman from Turkey, where there is essentially no support like this made available, it is beyond my imagination. This gives me the chance to understand myself. It’s almost a luxury to find your own field on your own terms without being pushed to narrow your study. You get to carve out a special narrative within the field.”

One of her mentors once told Seda, “Scholars are not paid in money, but in the currency of time.” Because of donor funding, Seda has the opportunity to explore the previously untouched and design a historical narrative that hasn’t yet been told.

Ultimately, Seda wants to establish herself as a public intellectual in her field. She wants her knowledge to be forwarded to a larger community where it can make an impact. She strives for a professional future in which she can write, teach, share her findings with communities, and contribute to public discourse. Seda has wanted to have an impact on the world around her ever since she can remember, and by conducting her research through the Taubman College and the Rackham Graduate School, there is no limit to how far she will reach with her desire to curate and explore the ways in which objects and spaces shape our perceptions, identities, and opinions. She continues to think critically about how we create and interpret our environments, all while going against the grain and showing underrepresented populations that unlikely does not mean impossible.