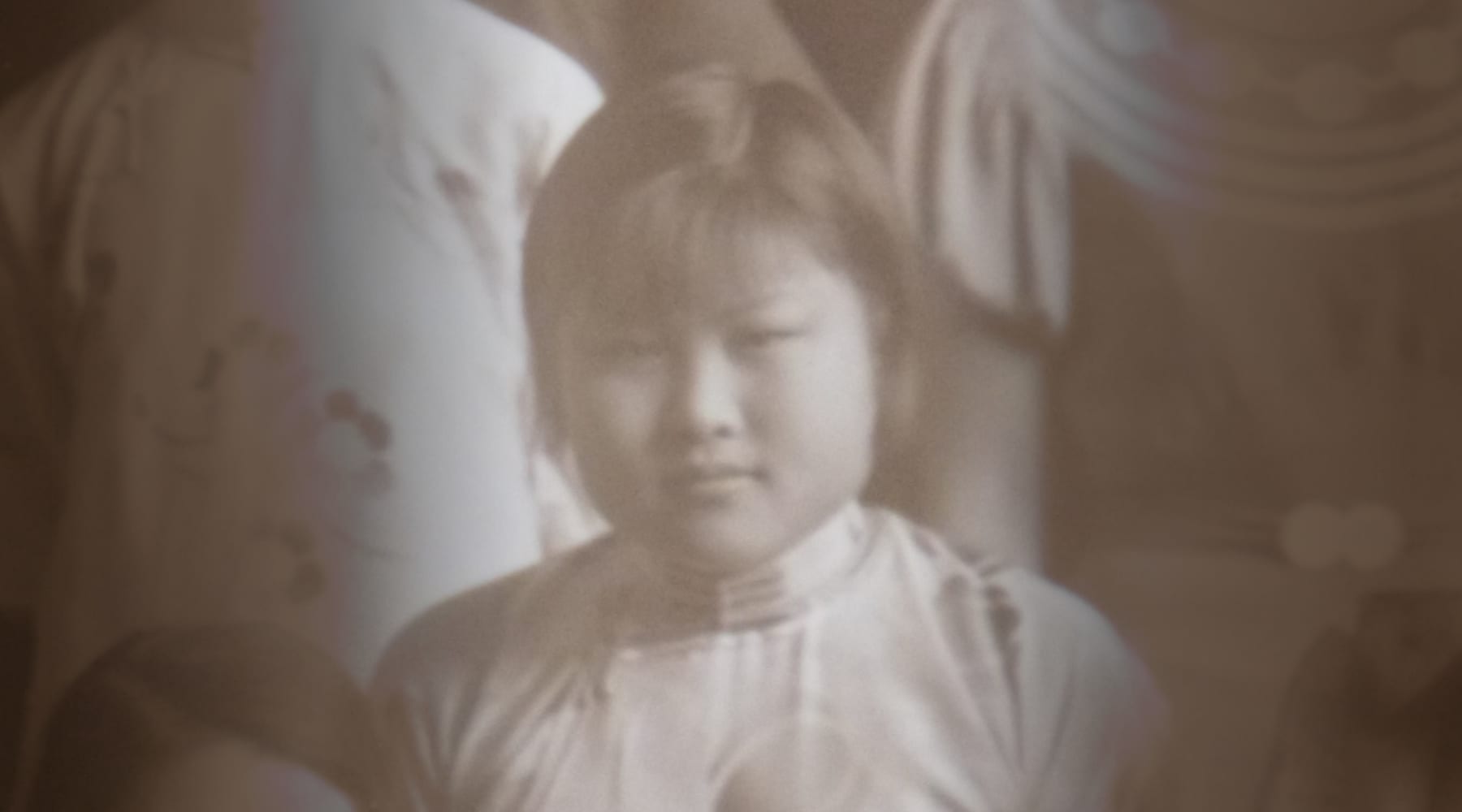 When I-djen Ho (also stylized as: He qia zhen, He Yizhen, or Heyi Zhen) (1933) was born in 1910, during the last years of the Qing Dynasty, women with bound feet were still the majority. However, I-djen’s grandmother, Wang Xiechangda, argued against foot binding and ensured that I-djen’s feet were not bound. Wang, an open-minded educator and social activist for women’s rights, established Zhehua Women’s School, from which I-djen and her sisters graduated. At that time, it was rare for women in China to attend college. Yet the three girls of the family’s eight children—He Yizhen, He Zehui, and He Zeying—became known as the “Three He sisters” in Chinese scientific circles.

After I-djen graduated from Zhenhua Girls School in 1926 at the age of 16, she studied Mathematics and Physics at Ginling College. In 1930, at the age of twenty, she graduated from Ginling College and began her first teaching position in a missionary school for one year. I-djen earned a scholarship at Mount Holyoke College, where she began her postgraduate education in 1931 and obtained and Master’s degree in Chemistry and Physics in 1933. She was awarded a Barbour Scholarship from the University of Michigan, where she earned her Ph.D. in Physics in 1937. In her doctoral research, I-djen focused on spectroscopy of transition metal. Her dissertation was titled, “An Analysis of the Spectrum of Yttrium.”

In 1937, when the China-Japan war began, I-djen returned to China and taught at Yanjing University (now Beijing Normal University). While teaching at Yanjing University, she met Ge Tingsui, a student who spent a lot of time courting her. After they married in 1941 in Shanghai, they decided to study abroad in America. I-djen worked as a research assistant for Dr. Ralph A. Beebe at Amherst College. Her research topic was the measurement of thermal adoption in chemistry. She also worked for short time at Massachusetts Institute of Technology and at the University of Chicago’s Metal Research Institute. During this period, I-djen gave birth to two children who later both became scientists. Her daughter, Ge Yunpei, became a professor at Shenyang Jianzhu University, and her son, Ge Yunjian, became an expert in robotics.

In 1949, the year the People’s Republic of China was founded, I-djen returned to China with her husband and resumed teaching at Yanjing University. In 1952, she began working at the Institute of Metal Research in the Chinese Academy of Sciences. Because the country needed practical technology, I-djen was asked to improve the production rate of China’s steel industry. She applied her knowledge of spectroscopy, helping to solve problems in steel production and propel China’s industrialization. On behalf of China, she attended the 6th International Conference of Raman Spectroscopy in 1956, in Holland.

From 1966 to 1976, I-djen’s research was interrupted during the Cultural Revolution, when intellectuals became targets of political persecution. Because of her study abroad experience, she experienced persecution. When the Cultural Revolution of China ended in 1976, I-djen continued her theoretical research. She was a pioneer in exploring amorphous state physic and metallic glass fields. I-djen published two important papers: “Effect of the Isothermal Effectiveness Near the Peak of the Metallic Glass Pd80Si20Tg” and “A New Peak Near Metallic Glass T.” Her papers won the Second Class Prizes of The State Scientific and Technological Progress Award of Chinese Academy of Science in 1988. She then won the Third Class Prizes of The Natural Science Award of Chinese Academy of Science in 1995 and 1996. In Oct. 1982, she became one of the founders of Institute of Solid State Physics, Chinese Academy of Science. I-djen was one of five scientists who could be called “sir” (an outdated honorific form for intellectuals regardless of gender).