Home » Discover Rackham » On the Trail of the Ghost Planet

On the Trail of the Ghost Planet

Billions of miles from the sun, a relatively small object could have big implications. A new paper led by one Rackham researcher argues that the inclined orbit of this object might just be the key to finding Planet Nine. 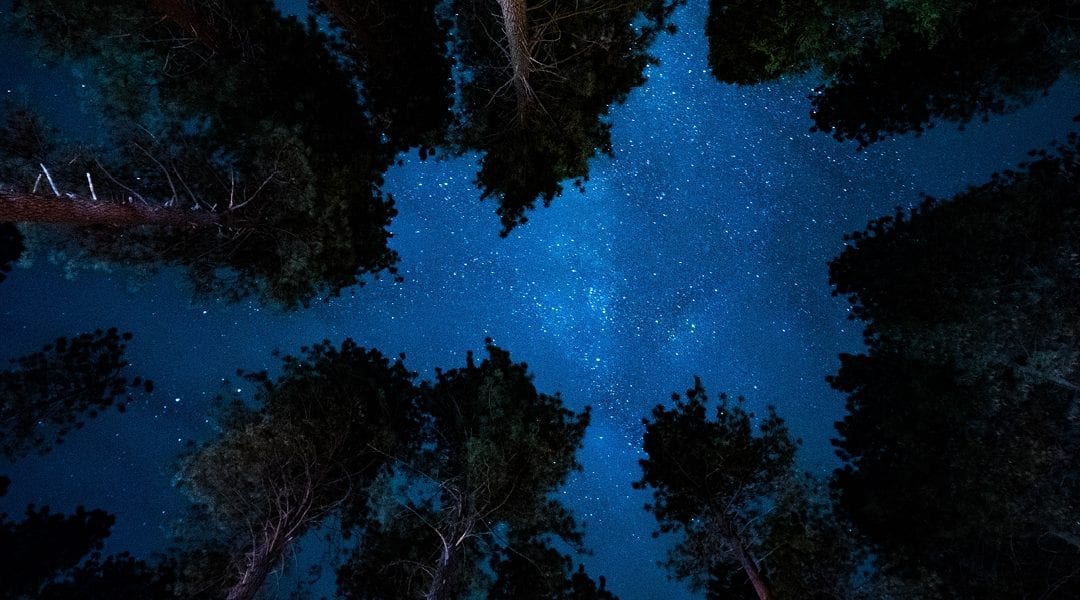 At this very moment in the outermost region of the solar system, in a distant ring of dwarf planets and icy detritus known as the Kuiper Belt, there’s an object that isn’t acting quite right. Its name, 2015 BP519, is not all that exciting. But the nature of its orbit, which is inclined 54 degrees relative to the plane of the rest of our solar system, most certainly is.

Juliette Becker (M.S. ’16), a fourth-year doctoral student in the Department of Astronomy, has been conducting research that indicates an explanation for this unusual behavior could be the presence of a yet-undetected ninth planet. And a big one, at that. Becker was the lead author on a recent paper in the Astronomical Journal that explores this prospect.

Becker and her team’s research lends strong support for the theory that a massive ninth planet is behind 2015 BP519’s strange orbit.

Just like in the models you grew up looking at in textbooks and science projects, the solar system is indeed pretty flat, with the orbits of all of the planets within a few degrees of the same plane. Smaller objects that are far from the sun and away from the influence of giant planets like Jupiter can be expected to have orbits with only relatively minor deviations from that plane. When it’s at its closest, 2015 BP519 (“BP” for short) is located more than 2.8 billion miles from the sun, and on average it’s 450 times farther from the sun than Earth is. “To have something that far away from the sun with that type of inclination is kind of remarkable,” Becker says.

Becker did her undergraduate study at the California Institute of Technology, where she worked with an astronomer named Konstantin Batygin. Two years ago, Batygin and his colleague Michael Brown first predicted the existence of a ninth planet due to the odd orbits of some Kuiper Belt objects. At Michigan, Becker works with Professor David Gerdes in a group using data from the Dark Energy Survey. While the Dark Energy Survey is a sweeping, five-year effort to record information from millions of galaxies outside of our solar system, Gerdes realized that the data could be used to find new objects within it. That’s how his group stumbled upon BP, and that’s how Becker began to do work that strongly supports Batygin and Brown’s prediction.

“The way we studied this is with computer simulations,” Becker says. “Basically, we ran a whole bunch of 4.5-billion year simulations, both forwards and backwards in time. And the result if you don’t put Planet Nine in the simulation, if you just have the known gas giants and our object, is that it’s not going to move much from its current location and inclination. But if you put Planet Nine in the simulation, which would be exterior to this object, then the orbit tilts with time, and the result is you can have something that starts flat become tilted like we see, just because of Planet Nine’s presence.”

Becker says an estimate of the planet’s size can be refined as her group discovers more objects that will put more constraints on the model. But for now it seems as though the planet would have a mass roughly 10 times that of Earth.

This sort of thinking is hardly new to astronomy. After the discovery of Uranus, for example, astronomers noticed that its orbit didn’t comply with Newton’s laws. That led them to predict that another, more distant planet must be affecting Uranus’s orbit. More than 60 years later, Neptune was first observed, in September 1846.

Of course, Becker and her colleagues have instruments at their fingertips that are incredibly more sophisticated than what was available hundreds of years ago. And that gives rise to the following question: If our equipment is so complex and this planet is so big, then why hasn’t it been found?

“Planet Nine is supposed to be, based on models, something like 700 times farther from the sun than Earth is,” says Becker, who would describe such a planet as likely to be a cold, dark, and gaseous place. “And obviously planets don’t emit light. So the only way we could see Planet Nine is by reflected sunlight, which at that distance is going to be extremely, extremely faint. It’s right on the edge of what we can observe with tools like the Dark Energy Survey. It’s possible that it’s in the Dark Energy Survey data and we just haven’t been able to find it yet.

“But we do keep finding new aspects of the solar system explainable by Planet Nine,” she continues. “So that all makes me very confident that this fits the data. It creates the perfect model.” 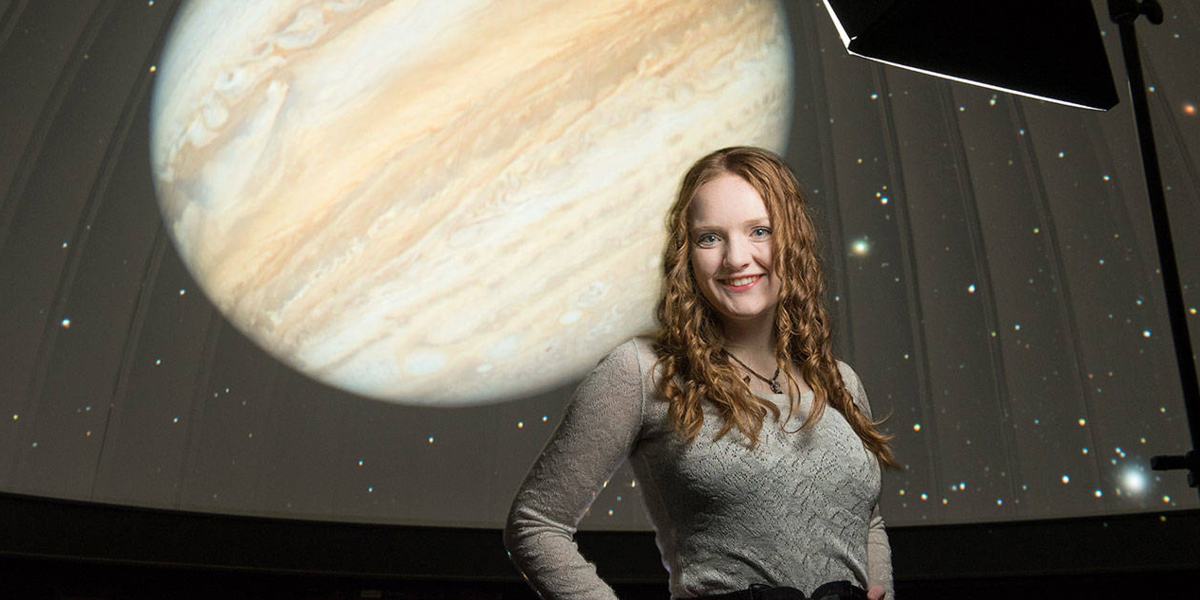 “My goal is to be a research professor,” says Becker. “I want to work at a university where I could both do research and teach students who are interested in astronomy and physics.”
Photo by Austin Thomason, Michigan Photography

Pluto: Too Much Baggage

No discussion of a possible ninth planet is complete without a reference to Pluto, which was relegated to dwarf planet status in 2006. Becker explains that, her personal feelings aside (“I love Pluto—I grew up with Pluto!”), it had one key shortcoming that forced the hand of the International Astronomical Union.

“To be a planet, you have to not only be big enough to be spherical, but you also have to be big enough to have cleared your local orbit of debris,” she explains. “Pluto is pretty big, but the criterion that did it in is that it hadn’t cleared its orbit.”

Still, it should be comforting for anyone with nostalgic attachments to Pluto to know that even a promising and technical astronomer like Becker is not immune to its charm. When asked what she would name the new Planet Nine if it were indeed to be discovered, she replies without hesitation.