School of Public Health Ph.D. candidate Sarah Rozenblum looks at what lessons the United States can learn from how European countries have approached reopening their economies in the wake of COVID-19. 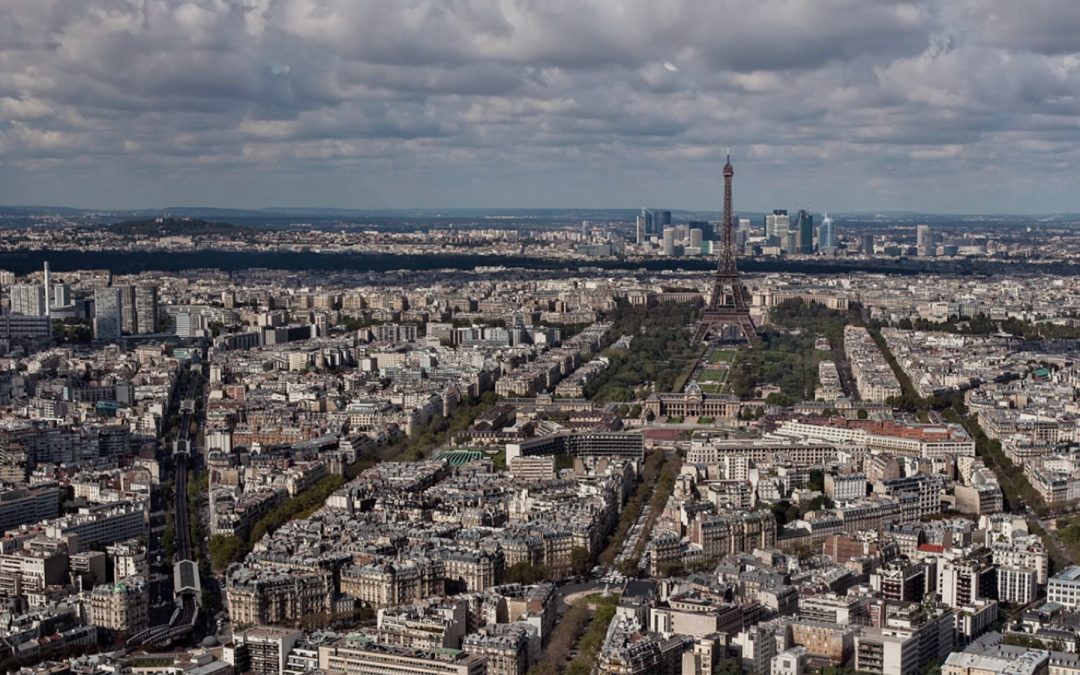 As the COVID-19 pandemic spread around the world, nations on every continent enacted sweeping lockdowns in an effort to flatten the curve of the infection rate and give their healthcare systems and workers a fighting chance to keep the disease in check.

In addition to restricting people to their homes, the lockdowns saw the closure of all but the most essential business activities. Stores, restaurants, factories, schools, and many other enterprises were closed in order to limit the virus’s opportunities to spread. Now, as COVID-19 cases have begun to stabilize and the economic strain of having large percentages of their populations out of work build, many countries are beginning to plan for the future reopening of their economies.

Sarah Rozenblum, a Ph.D. candidate in the U-M School of Public Health (SPH), has been studying health policy in Europe for much of her academic career, her dissertation research focusing on the comparative politics of pain management. The European Observatory on Health Systems and Policies is a partnership between European governments and the World Health Organization aimed at supporting evidence-based health policymaking on the continent. When the organization released the COVID-19 Health System Response Monitor to collect and provide data on the pandemic response from countries around the world to European governments, Rozenblum and her advisors, SPH Professor Scott Greer and Assistant Professor Holly Jarman, saw an opportunity.

Leaning on their expertise with both European and American health systems, the trio began analyzing the data made available by this new tool, tackling through a series of articles subjects from governance to the role of civil society in responding to the pandemic. And as countries on both sides of the Atlantic Ocean began developing plans to reopen their economies, economic transition plans jumped to the top of their analysis.

“We noticed that many countries are enacting their plans to reopen their economies at relatively the same time,” says Rozenblum, who came to U-M after serving for two years in the French Ministry of Health. “The goal of our work was to compare how European and American governments are approaching this, and if there were things the U.S. could learn from the different strategies being adopted in Europe.” 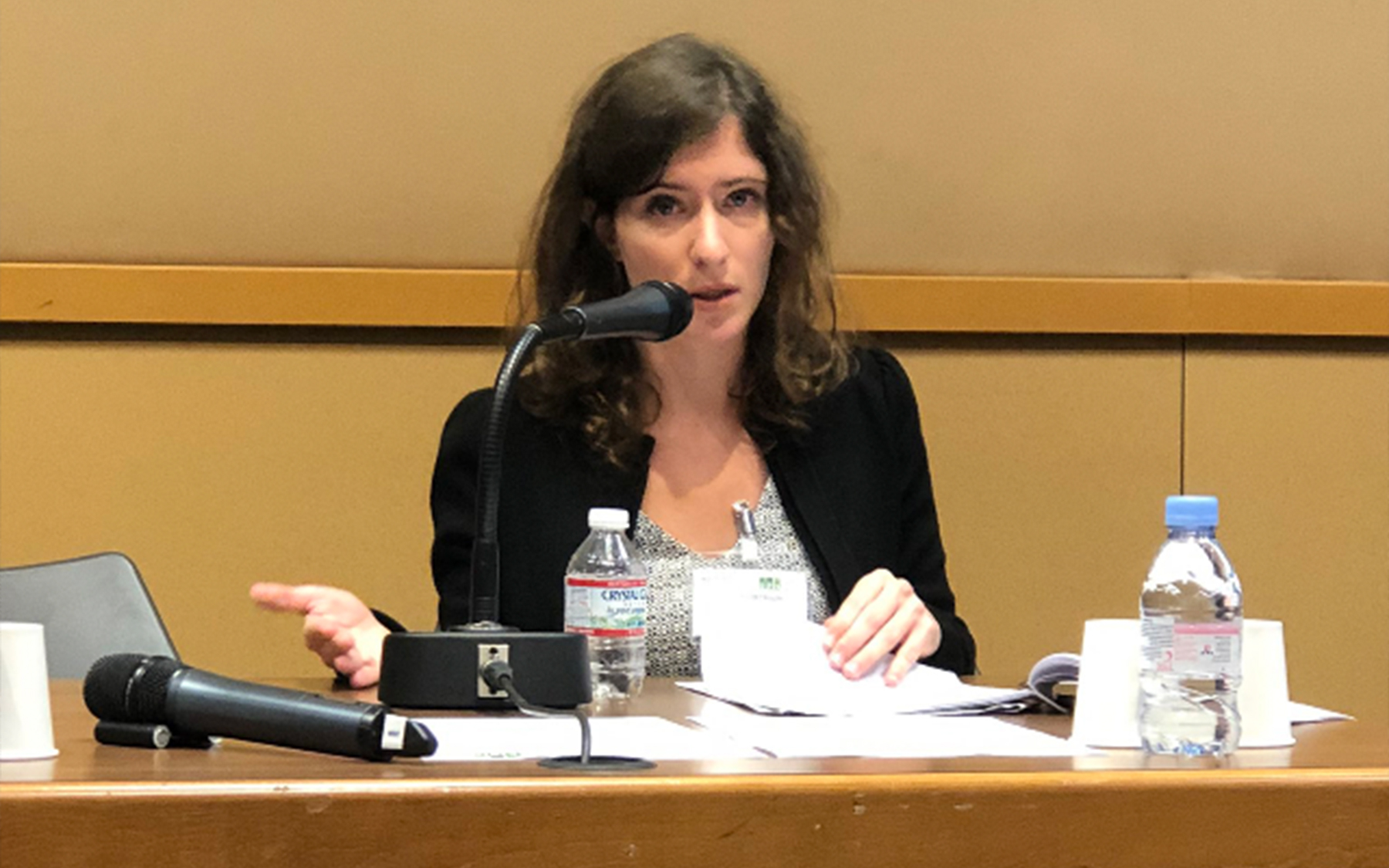 Prior to her studies at U-M, Rozenblum spent two years working with the Ministry of Health and as a consultant.

Rozenblum and her colleagues found measures for reopening economies can be divided into four general categories: the relaxing of physical distancing requirements, tracking the spread of the virus through improved testing and contact tracing, closely monitoring hospitals to gauge the capacity of the healthcare system to manage new cases, and enacting policies to support the population as people emerge from lockdown.

“What we observed from the data is that most European countries are trying to cover all four of those areas,” Rozenblum says. “In the U.S., states are mostly focusing on the first two—social distancing and increasing testing.”

While each European country is pursuing a different reopening strategy tailored to the specific needs of its situation, most acknowledge the fragile nature of their progress on the pandemic and the need to be able to retighten restrictions should another wave of infections begin. France, she points out, is using a traffic-light system, in which some regions of the country are labeled “green,” and have few restrictions, where others are “yellow,” with some, or, like Paris, are “red,” which remain under strict lockdown. Regions can shift between these categories as infections rise and fall, giving the national response a needed elasticity. This idea is echoed in Spain’s approach, as well as Germany’s, where a new outbreak recently necessitated a retightening of physical distancing restrictions.

The data revealed a diversity of approaches to the other categories of reopening strategies. Germany and other countries are recruiting both medical professionals and civil servants, who receive additional training, to conduct testing and contact tracing. In terms of monitoring and coordinating healthcare systems, Switzerland and Belgium have engaged in widespread consultations with hospitals to plan for testing and a possible second wave, while Italy and Denmark nationalized their systems entirely in order to allocate their resources nationwide—an approach Rozenblum points out is unfeasible in the United States. The approaches to social support are similarly diverse, with Spain providing masks at no cost to every resident and Austria providing additional financial assistance to particular categories of people, like students and the elderly.

In the midst of all of these efforts, Rozenblum says the conversation over how to best manage COVID-19 is very similar in Europe and the United States. The use of mobile apps and other technological solutions to contact tracing have been triggering debate and controversy in both places, controversy that wasn’t a factor in other affected regions like Southeast Asia. The Belgian government, for example, decided against using an app amid public resistance to the idea.

While the pandemic, and the response to it, continues to evolve at a rapid pace, Rozenblum says the key elements of European success to date have been a data-driven, adaptive approach to reopening, as well as, to a certain extent, coordinated national strategies.

“Here in the U.S., we have states trying to reopen without a lot of discussion or coordination with their neighbors,” Rozenblum says. “The pace which European states have been able to reopen is a credit to their system. Most of them used a centralized strategy that was applied to most regions equally. The U.S. could benefit from a similar federal strategy.”

Making such a strategy a reality is something to which she hopes her findings will contribute.

“I hope this work improves our understanding of the public health, political, and social dimensions of the pandemic,” Rozenblum says. “It’s not only a public health crisis, it’s a multidimensional crisis, and we want to contribute to approaches that consider all of these aspects.”

Rozenblum is the recipient of two Rackham Conference Travel Grants. These allowed her to present a book she and her colleagues worked on about health policy in the European Union at the June 2019 International Conference for Europeanists in Madrid, Spain, as well as a paper comparing the regulation of medical devices in the United States and European Union at the October 2019 European Public Health Conference in Marseilles, France.