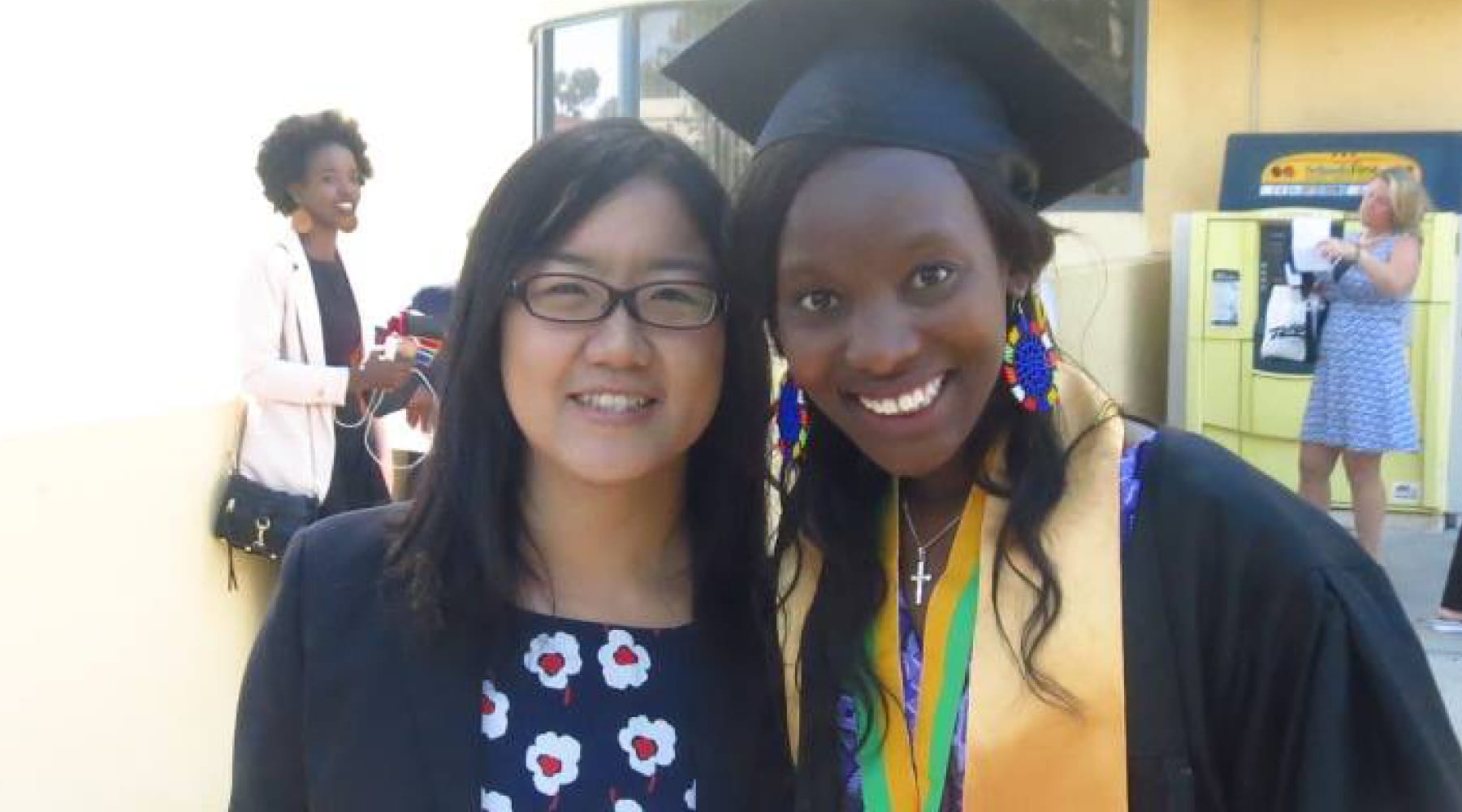 Born in Hong Kong, Cheri Chan (2007) attended British boarding school and then began her journey as an international student at Cornell University in 2000, where she majored in Biological Sciences with a minor in Cognitive Science. Initially, she considered pursuing a career in cancer research; however, as she progressed in her degree program, Cheri realized that she was becoming increasingly passionate about another topic: how culture and language work together to shape the way we view the world and how we interact with others. “I realized that my international educational experiences had planted a seed of curiosity about culture and the diverse yet equally beautiful ways of seeing and living,” she said. In particular, she wanted to learn more about how cultural differences emerge in early life.

In order to pursue this area of research, Cheri began the Ph.D. program in Developmental Psychology at the University of Michigan in 2004. She was awarded a Barbour Scholarship in 2007 which, she said, gave her recognition, affirmation, and funding at a critical juncture of her doctoral education. “The Barbour Scholarship enabled me to make two discoveries. First, the interview process made me realize my deep passion for my dissertation direction after presenting and sharing it with people in other fields. Second, I felt humbled to know that the Barbour Scholarship Committee saw value in my ideas and contributions as a scholar, to the extent that they were willing to support a full year of my graduate training.” Over the years, she became increasingly appreciative of how the scholarship positioned her among a global community of scholars, leaders, and trailblazers who are dedicated to making a difference in their fields.

Cheri’s dissertation, The Role of Prior Belief in Children’s Trust in Testimony: A Social Ecological Approach, sought to understand how children learn about the world by comparing preschoolers and second graders who grew up in the U.S. to their peers in Hong Kong. This comparative study was guided by a central question: When encountering information—presented by teachers—that contradicted what children already knew, would they choose to trust the teachers, or would they stand firm in their beliefs? In exploring this question, Cheri wanted to understand how much children in both countries relied on their existing knowledge, how much they deferred to authority figures, and how much of a role culture played in mediating these relationships. She was surprised by her results. “I expected children in Hong Kong to obey authority and children in America to stand for their own beliefs. But research revealed a more nuanced reality. Children in the U.S. were more receptive to unexpected knowledge imparted by a teacher, but children in Hong Kong showed more resistance to knowledge that went against their beliefs. In ambiguous situations, children from both cultures were more likely to defer to the teachers.” Cheri attributes these findings to the more egalitarian nature of relationships and the more normative posture of embracing diverse perspectives in America, as well as differences in the culture of education in Asian countries. “In Hong Kong, learning is more often about being correct and avoiding mistakes, and traces of this tendency emerge early on, even in preschool.” After completing her dissertation, Cheri published her research in an articleand presented her findings at several academic conferences.

While her dissertation research considered the influence of culture from theoretical and empirical perspectives, today—in her current position as the Assistant Director of International Student Success, Global Programs, at Concordia University Irvine—Cheri says that she is “living and breathing the complexity of culture day in and day out among a truly global community.” Cheri’s passion for her current work emerged from her own identity as an international student, and from her doctoral research, which enabled her to focus deeply on the nuances of culture. In collaboration with the Global Programs team, she is committed to empowering students’ growth through intercultural learning experiences, which take several forms: on campus in classrooms, service learning, and study abroad programs. “My role has three dimensions,” she explained. “First, I come alongside students from all over the world at a specific season of their journeys. Second, I develop close partnerships with campus departments and engage faculty and staff in understanding the unique needs and strengths of international students. Third, I work to nurture an inclusive campus culture, by fostering strategic collaborations while also demonstrating what inclusion can look like through the way I interact with people on and off campus.”

In her role in enabling international student success, Cheri confronts both challenges and opportunities. “Daily, I am challenged to find ways to interpret behavior, to look beyond the surface to discover strengths and beauty. Not only does the idea of success carry different nuances in different cultures, the definition of success is dynamic, shifting in meaning through seasons of life. Right now I’m excited about opportunities to foster healthy synergy between international students and American students who returned from studying and service abroad—who now understand what it means to be an international student—and to engage students, staff, and faculty in becoming part of a global community.”

When reflecting on her own journey, Cheri shared some advice for current and future Barbour Scholars: “There is no way of knowing completely what lies ahead. I think that with every season and environment in which you find yourself, it is important to keep a posture of being thoughtful about what you are experiencing, intentional about how you want to grow, and thankful for everyone who crosses your path. After I finished my degree, the world began revealing itself to me. The dots—no matter how disparate they may seem—will eventually connect themselves.”