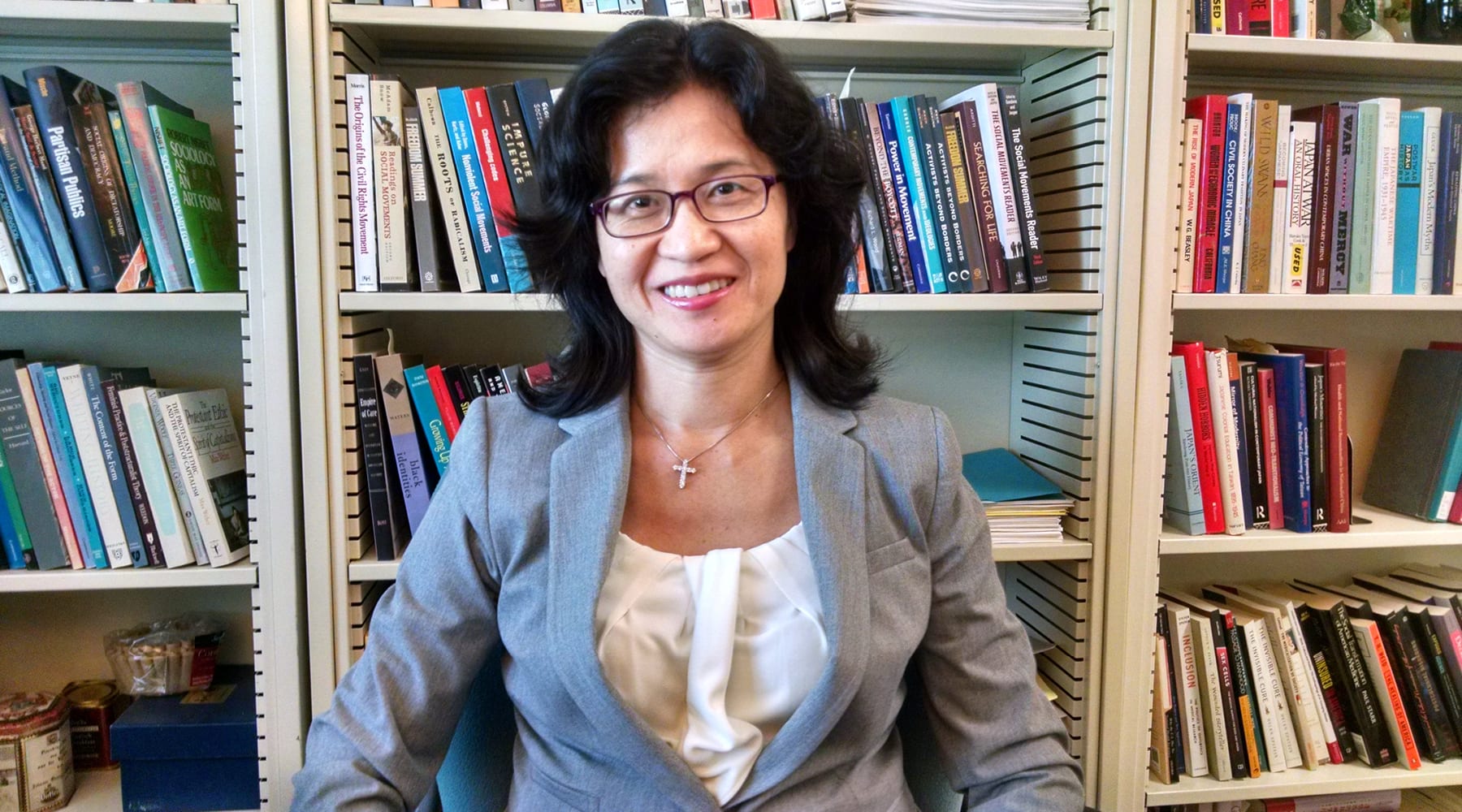 Ming-Cheng Lo (1993), Professor of Sociology at the University of California-Davis, is passionate about supporting underrepresented groups and ensuring that the voices of these groups are included in broad academic conversations—a complex balance that she always considers when conducting her research.

Professor Lo, who grew up in Taiwan, pursued her undergraduate education at National Taiwan University, earning a B.A. in English in 1987. After completing her bachelor’s degree, she decided to seek graduate training in Comparative Literature at the University of Michigan, where she attained her master’s degree in 1989. “During my second year of the program,” she recalled, “I took a course in the sociology of gender and I really fell in love with sociological thinking. After talking to a few professors and doing some thinking, I decided that sociology was what I wanted to do for my Ph.D. training.”

Professor Lo studied for her doctorate in Sociology at the University of Michigan, where she earned a Barbour Scholarship in 1993—an accolade that played multiple roles in her life. “The first is the most straightforward: the Barbour Scholarship provided financial support. As a foreign student, I was limited in what kind of scholarships I was eligible for, and my student visa did not allow me to work off campus. Second, the Barbour Scholarship provided a vote of confidence. As a young, foreign Asian woman, I was in an unfamiliar environment, trying to navigate an entirely different culture and educational system. Third, while I was thrilled that there was a category designed for me, there was also a part of me that wanted to get validation from a more general source. I began to realize that there is a need for support and encouragement that is specifically designed for underrepresented, under-supported groups, and also a desire for people from these groups to contribute to the general conversation – and be recognized for their contribution. The Barbour Scholarship started my thinking on the topic of how and why I, as a scholar, need to work both on supporting underrepresented groups and getting the voices of these scholars represented in broader academic discourses.”

Professor Lo’s dissertation research focused on an under-studied group—Taiwanese doctors under Japanese rule—and made their experiences part of the larger conversation on the topic of healthcare. She turned her dissertation research into a book, Doctors within Borders: Profession, Ethnicity, and Modernity in Colonial Taiwan, which was published by the University of California Press in 2002. “My book applies Western theories to look at a non-Western case: healthcare development in Taiwan during colonial period. I asked questions that were not asked at the time. Specifically, I addressed the tension that medicine was imported by the state as a political tool at the same time that it was saving lives.”

In her current research, Professor Lo is most interested in how cultural and structural inequalities are mutually constitutive, focusing on health care and civil society. She recently co-edited The Handbook of Cultural Sociology (with John R. Hall and Laura Grindstaff; Routledge 2010). Designed for graduate students and young scholars with a theoretical interest in culture, the handbook contains 65 chapters that address various topics on the cultures in and of transnational lifeworlds.

In addition to this work, Professor Lo has conducted research on immigrant health for nearly a decade. Her project, “Immigrant Patients and Culturally Competent Healthcare,” is funded by the Robert Wood Johnson Foundation and the American Sociological Association. “Healthcare is an issue that everyone in this country knows is important. After I wrote my book about Taiwanese doctors, I wanted to explore something new – something that is not about Taiwan. I looked at immigrants from Vietnam and Mexico with limited English proficiency and their encounters in navigating healthcare systems.” Because Professor Lo speaks neither Vietnamese nor Spanish, she hired graduate students as translators, and later collaborated with graduate student research assistants to code the data after the interviews were conducted and transcribed. While examining these in-depth interviews, Professor Lo uncovered new insights.

Professor’s Lo’s research on healthcare has produced several academic articles. Moreover, through her affiliation with the Center for Poverty Research, she wrote several policy briefs based on her healthcare research findings. “I was trained in a very theoretical way at Michigan, and as I get older and move through my career and through society I find it increasingly important to have theory help me better understand empirical questions. The Center for Poverty Research has been a nice forum for that and also to disseminate my research.” While she actively continues her research, Professor Lo also regularly teaches undergraduate courses on immigration, medical sociology, and social movements. Her work with graduate students includes teaching courses—a seminar on medical sociology and a theory seminar—and advising graduate students who research in the areas of health, culture, or civil society.

In thinking about advice for Barbour Scholars, Professor Lo recalled an interaction with her advisor. “I remember a few years ago my former advisor at Michigan emailed me and asked me if I could get in touch with one of his students who was applying for the Barbour Scholarship. She was smart and capable, humble, and maybe not very confident. I felt like the most useful thing I could say was, I know that you might feel unsure of yourself, as someone who is underrepresented, yet believe in yourself and know that there is something that you can contribute to the greater good based on your unique perspective and different background. Your difference can be an asset for you.”