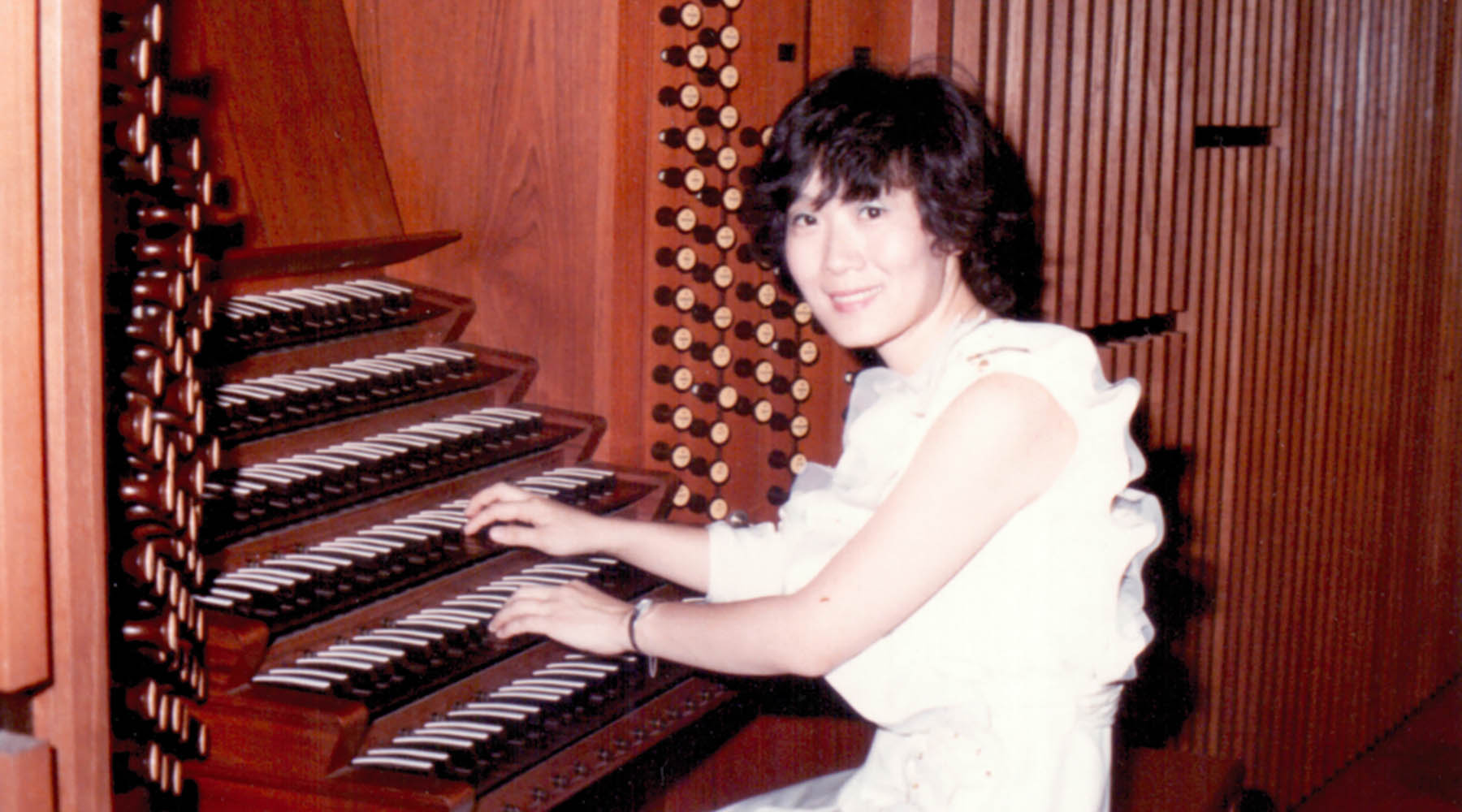 Barbour Scholar Tong-Soon Kwak, Rackham and School of Music, Theater, and Dance alumna, has performed organ music across North America, Europe, and Asia, thanks to a strong family background in music and the support she found at U-M.

It would hardly be a stretch to say organ music runs in Tong-Soon Kwak’s blood. The daughter of Sang-Soo Kwak, a famed conductor, organist, and music professor in South Korea, Kwak first studied the instrument that would come to dominate her artistic and professional life under his tutelage at Yonsei University. Upon receiving a Fulbright Scholarship in 1973, Kwak brought her talents across the world to U-M, where she received her master of music degree in organ performance from the U-M School of Music, Theater, and Dance (SMTD). Her U-M journey had only just begun, however.

In 1974, Kwak became a recipient of the Barbour Scholarship, granting her the full financial support she needed to begin her doctoral program at SMTD. One of the oldest and most prestigious awards granted by U-M, the Barbour Scholarship was established by Levi Lewis Barbour in 1917 and is awarded annually to women of the highest academic and professional caliber from Asia and the Middle-East.

Kwak studied under Marilyn Mason, an SMTD professor and internationally renowned organist who holds the record for longest-serving U-M faculty member at 66 years. Her connection to Mason ran deeper, however—it was during these years that Kwak met and married, Sung-In Chang, who was a student of Mason’s husband, U-M Electrical Engineering and Computer Science Professor Richard K. Brown. Mason herself played the organ at Kwak and Chang’s 1976 wedding. She received her doctor of musical arts in organ performance in 1981.

While her career has taken her from one side of the world to the other—serving on the jury for many prestigious international organ competitions around the world and performing widely throughout South Korea and the United States, as well as across Europe and Asia—she has always found herself pulled back to Ann Arbor. In 1999, she was invited by SMTD to play at the annual Organ Conference at Hill Auditorium, and again in 2003 when she performed an organ recital on the Marilyn Mason Organ, built in honor of her mentor.

Kwak retired from Yonsei University’s active faculty in 2013, but her zeal for music remains unabated. In 2017, her family donated an organ in the same style as U-M’s Marilyn Mason Organ to the Luce Chapel in memory of her father, and she runs a YouTube channel called Musician K, where she uploads concert footage from both her own and her father’s performances.