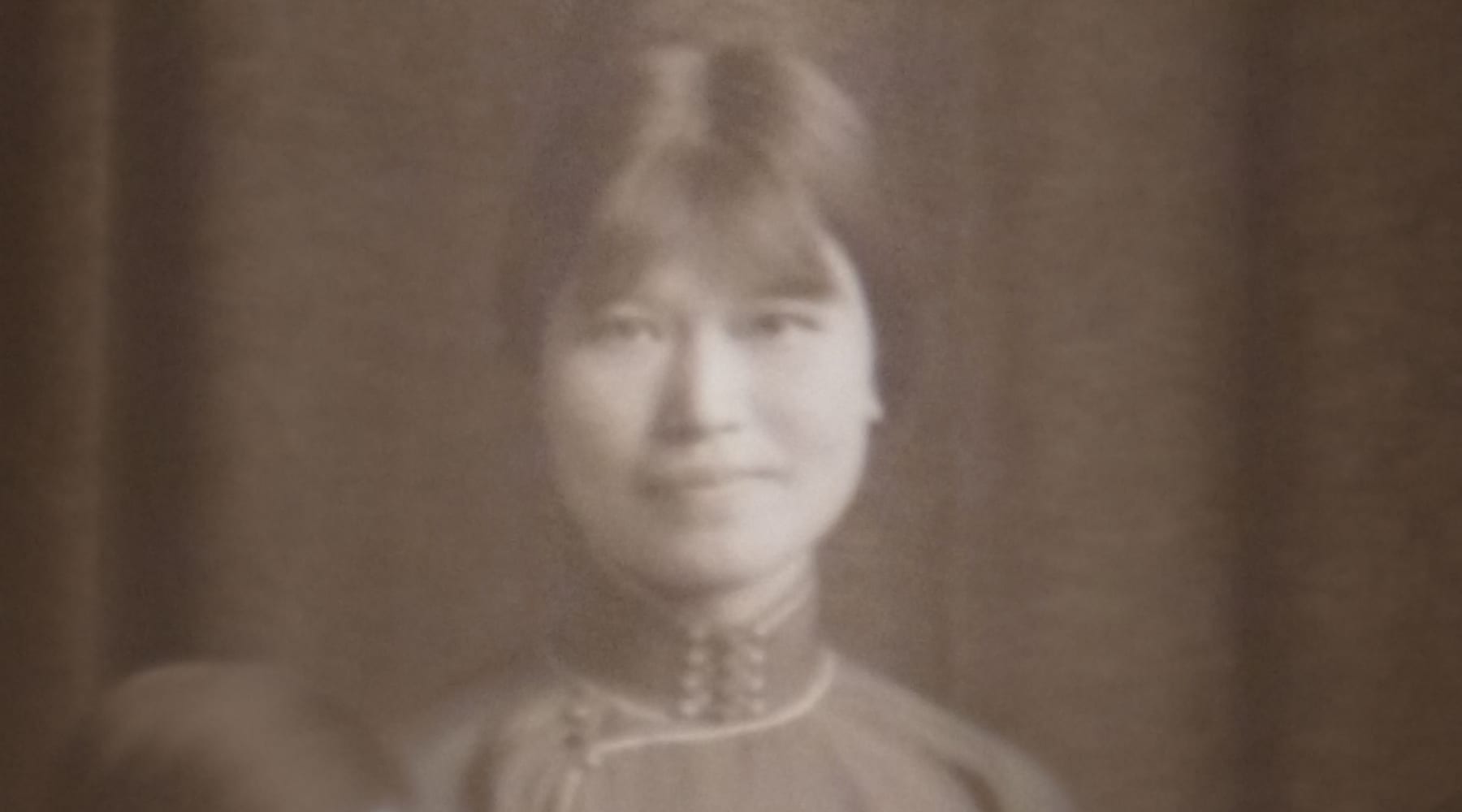 Wu Ching-yi, also known as Blanche Wu, (1932) graduated from Ginling College with her B.A. in 1923 and in 1926 joined Ginling’s faculty as a professor in the biology department. In 1932, she was granted a two-year Barbour Scholarship, obtaining her master’s degree in Botany in 1934. Blanche returned to China during the Imperial Japanese army’s invasion of the country. During this time, many colleges and universities moved to west China where it was safer. Blanche, however, decided to remain on the Ginling University campus with Miss Minnie Vautrin and Mrs. Tsen Shui-fang.

The Japanese army’s takeover of Nanking on December 13, 1937 was followed by six weeks of Japanese soldiers looting, burning, killing, and raping women and girls. Approximately 300,000 Chinese civilians and unarmed combatants were killed in less than two months. During the Rape of Nanking, Blanche and her colleagues turned the Ginling campus into a refugee camp for more than 10,000 women and children. Miss Vautrin patrolled the campus to chase away Japanese soldiers who tried to sneak in, while Blanche distributed supplies to the refugees. In March of 1938, Ginling was still hiding 3,300 refugees who were afraid for their lives. Miss Vautrin began vocational classes for the women and young girls in the refugee camp so they could learn skills. Blanche was actively involved as a biology teacher.

When the Ginling campus was closed in June 1942 after the Pearl Harbor attack, Blanche moved to the University of Nanking campus. With the surrender of Japan in August of 1945, she was the first person to exercise Ginling College’s right to reclaim its property from the Japanese, such as books, furniture, and art. To preserve the school and prepare for the return of refugees from the western region, she and other Ginlingers decided to open Ginling Middle School in the fall of 1945, and she was elected Principal. Blanche took a sabbatical leave to study in the U.S. in 1948. With the communist takeover in 1949, she had to stay in the U.S., where she studied and worked at Oregon State College, the University of Kentucky, Hartford Seminary, and Virginia Polytechnic Institute, until she retired in 1969.