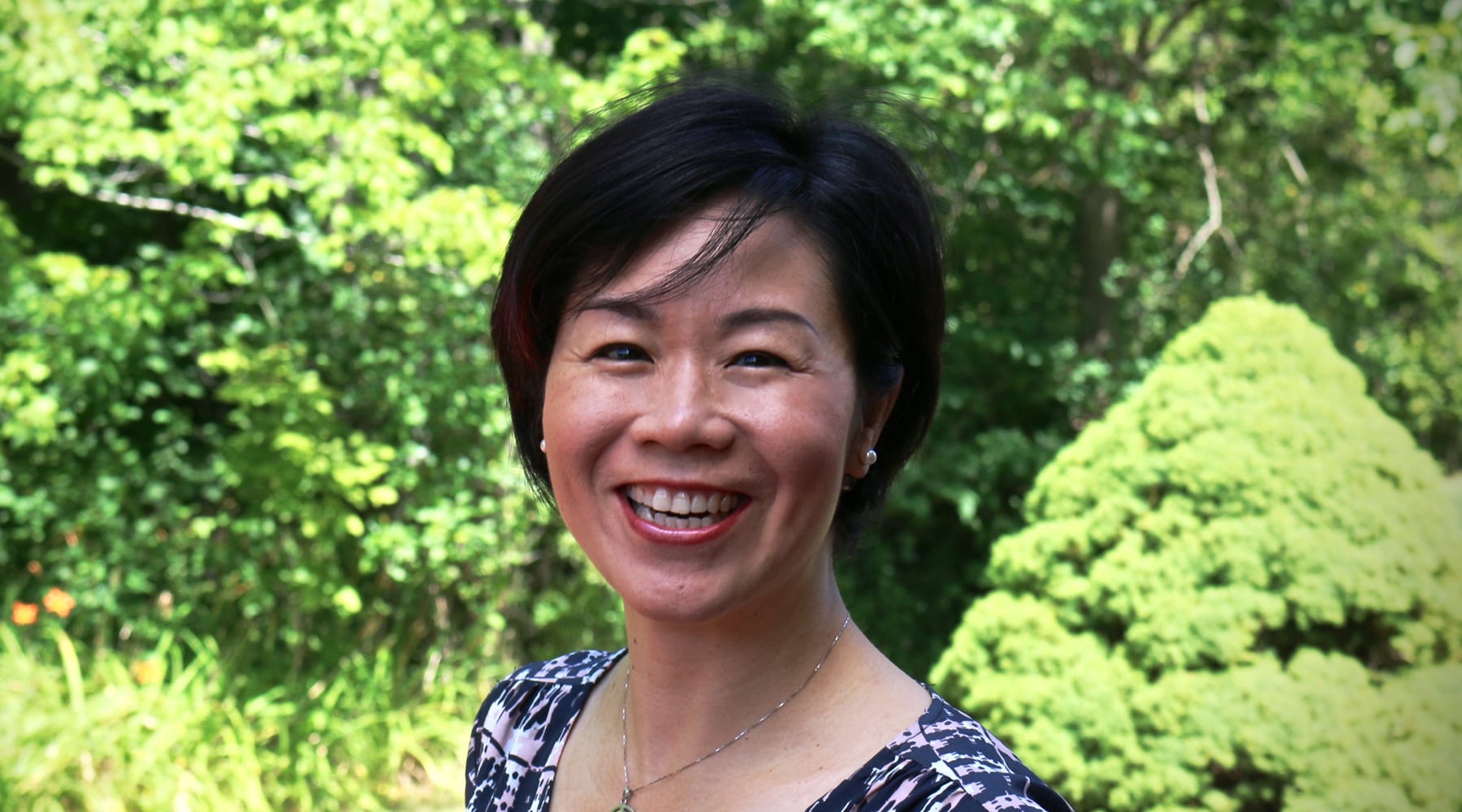 Since January of 2016, Zhen Zeng-Liao (1994) has held what she calls her “dream job” as Executive Director of Community Center Shanghai—a position that draws on the wide range of skills she developed while earning her Master’s degree in Materials Science and Engineering (1995), as a Barbour Scholar, from the University of Michigan. “The analytical thinking, problem solving skills, and ability to work with many different people provided a foundation for me,” she said.

Zhen’s early educational foundation, laid years before she entered the University of Michigan, began when she was growing up in China. In 1957, two overseas Chinese, Chen-Ning Yang and Tsung-Dao Lee, earned the Nobel Prize in Physics—an inspiration for Chinese youth, especially since the Chinese educational system strongly emphasized science and engineering. As Zhen recalled, “My dad said those fields are something you should study because they will give you solid skills so you will always have a job.”

Although at the end of the Cultural Revolution, the Chinese government brought back college education, there was little choice for students, who faced an additional challenge in having to declare their majors before beginning university studies. “I was sixteen,” Zhen said, “too young and too narrowly educated to know my other options.” Zhen followed her father’s advice: she studied Materials Science and Engineering and completed her undergraduate degree in 1990. At this time, China had opened up a lot and Zhen, like a lot of Chinese university graduates, wanted to study abroad. Yet Zhen did not have the financial luxury to support international study. She decided to apply for graduate schools in Materials Science and Engineering—a field that she thought would have a high chance of garnering scholarships. She succeeded, gaining admission to the University of Michigan.

In reflecting on her educational experiences in the U.S. and in China, Zhen observed that the two countries’ educational philosophies are very different. “The big difference between university study in China and the U.S. is that U-M offered more hands-on, independent project working experience. At U-M, I worked in a lab and conducted experiments. Those were good lessons for me to learn.”

Zhen excelled in her studies, and her department nominated her for a Barbour Scholarship, which she received in 1994. This prestigious award, originally endowed in 1917, provides funding for Asian women to complete their graduate studies at the University of Michigan. “The Barbour Scholarship was a huge honor,” Zhen said, “because you had to be nominated by your department, and there were many international students who were pursuing their studies at U-M. I felt so much joy and felt much more confident about myself, which helped my later career development.”

After completing her graduate degree, Zhen worked at GE Plastics in product development. As her career progressed, her interest and personality inspired her to work in other, non-technical areas. She was selected as the first wave of trainees for Six Sigma process improvement, a set of techniques and tools for process improvement used in many sectors to improve organizational quality. After two years of completing rigorous trainings, overseeing projects, and mentoring other employees, Zhen earned her Six Sigma “black belt,” which she used to advance many areas in the company: supply chain management, marketing, program management, and consulting. In her next position, at Dow Chemical, she worked in marketing. “Because I worked on so many projects I understand many aspects of a company,” Zhen said.

While working in the U.S., Zhen volunteered as president of the Overseas Chinese Association. The association’s many branches throughout the United States connect Chinese people living in America and also help Americans to better understand Chinese culture. In her role as president, Zhen coordinated volunteers, spoke with the media, organized events such as live performances on the Chinese New Year, and volunteered in a Chinese language school for children. “I did it because I loved it,” Zhen said fondly, remembering how she had taught Chinese to two American siblings whose parents were her co-workers.

In 2005, Zhen returned to China and worked at Dow Corning in Shanghai for three years. During this time, she volunteered for an organization called Stepping Stones China that serves the children of migrant workers in Shanghai. In this rapidly modernizing city, there are vast numbers of migrants who come to work in construction and in the service sector. However, according to the Chinese system, their children are not considered Shanghai residents and therefore cannot attend the city’s public schools. “Their children have no place to go to school, and are living in very poor conditions, without much money, and they don’t have qualified teachers,” she said. In order to help solve this problem, Zhen served as a volunteer coordinator for a migrant school, helping to recruit volunteers to teach English. “I recruited 20+ volunteers on a regular basis,” she said. As a springboard from there, she recruited a group of international high school students to teach English at a local community center to the children of migrant students.

In 2009, Zhen decided to take time off from the corporate world to care for her small children. During this period, she focused on her passions: teaching Bible study, going on mission trips, and volunteering. “I stayed home for six years but I never really regretted focusing on my family,” she said. “I don’t want young women to be discouraged if they have to take time away from their career and focus on their family. I want to encourage young professional women to plan their priorities and know when to shift between family and work. Your family is number one priority but that doesn’t mean you have to give up your career.”

When Zhen’s family moved to Singapore for two years for her husband’s job, she wanted to continue volunteering, but this time she wanted to draw on her passions for art and history. She found the perfect fit at the National Museum of Singapore, where she volunteered for two years, completing a rigorous six-month training to become a qualified docent, and then serving as a co-chair to train new docents. “I learned so much from those trainings, a lot of self-knowledge enrichment, which helped me to understand my passions and how I wanted to take my training and work experience. I also drew on my passion to bridge the gap between Eastern and Western culture. I always felt that I had that bridging ability.”

Zhen now exercises her ability to bridge Eastern and Western culture in her current position as the Executive Director of Community Center Shanghai. Founded in 1998, this organization has four centers throughout the city and aims to connect, support, and enable individuals and families to thrive in Shanghai. “At the time we started there was a lot of need for people to learn Chinese language, culture, and history—and we do have that in our classes—but we’re also evolving into an international community. We have a lot of people teaching English, Spanish, French, and German. We are really an open platform for people to come to us, to learn, to take what they are looking for. We’re also a gathering place for people to meet friends. We have a lot of events that bring people together.”

Zhen’s plan is to ensure that Community Center Shanghai serves the needs of the international community. Her 3-5 year plan is to create an international cultural hub; to focus on health awareness, food safety, and wellbeing; and to create more children’s programs. “This is the kind of job that I dreamed of,” she said. “I want to encourage all the young ladies who are still studying. You don’t have to know exactly what you want to do, but focus on what you can do and let your heart and passion guide you. It’s never too late.”