Home » Discover Rackham » A Scholar and a Trailblazer

A Scholar and a Trailblazer

One hundred years ago, pioneering scientist and Rackham alumnus Elmer Imes became the second Black man to earn a Ph.D. in physics in the United States. 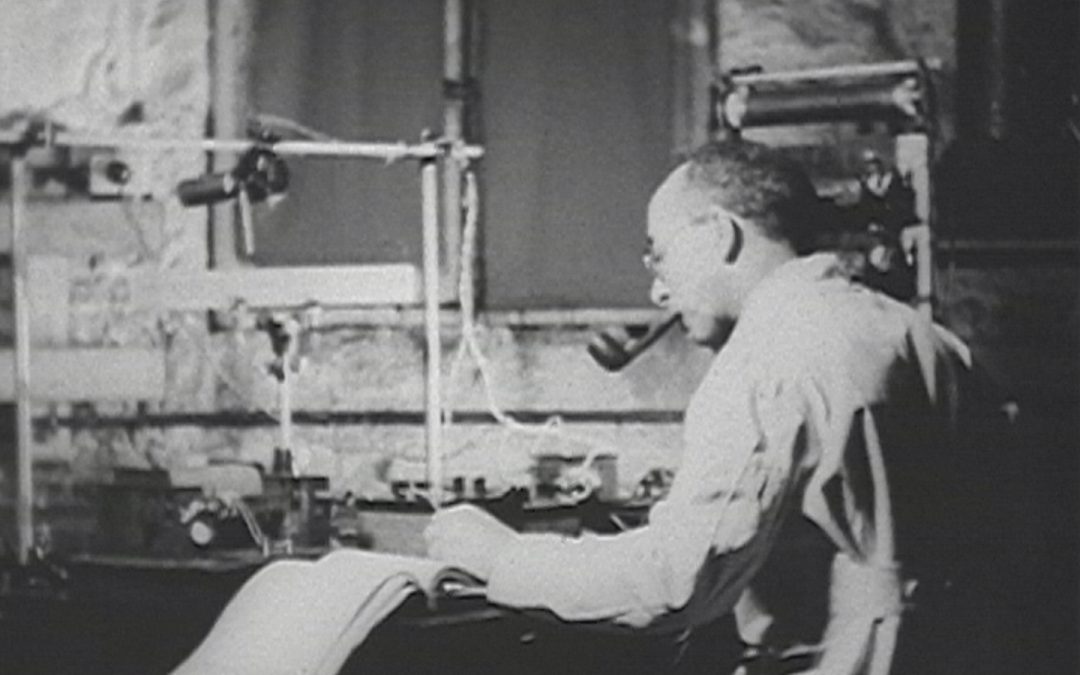 Forty-two years passed between the first and second Black men to earn a Ph.D. in physics. Edward Bouchet became the first, completing his doctoral degree at Yale University in 1876. The second was the University of Michigan’s own Elmer Imes in 1918. Now, 100 years later, we remember Imes as a scholar and trailblazer who changed the course of physics.

Born in Memphis to college-educated parents, Imes graduated from an Alabama high school before returning to Tennessee to pursue a college education at Fisk University, a historically Black college. He graduated with his bachelor’s degree in science, and in the years that followed, Imes taught math and science in a variety of roles before completing his master’s degree, also from Fisk.

Imes continued his education in physics at the University of Michigan as a graduate fellow under his advisor, Harrison Randall (M.S. 1884, Ph.D. 1902). During his time in Ann Arbor, Imes focused his research on designing, building, and using a high-resolution infrared spectrometer to study the structure of atoms and molecules, one of its earliest applications. Imes used the design of the spectrometer and the data it measured as a key part of his dissertation, and his work opened the door to a field of research that had not yet been explored at that depth. His findings provided the first detailed spectra of three diatomic molecules (molecules containing two atoms): hydrogen bromide (HBr), hydrogen chloride (HCI), and hydrogen fluoride (HF), ultimately verifying the emerging concepts around rotational and vibrational energy levels in quantum theory.

Imes is also responsible for providing the first direct evidence for the influence of different isotopes on the spectra of molecules. His findings were published in 1919 in the Astrophysical Journal as an extended paper. The following year, German physicist Adolf Kratzer used Imes’s data in conjunction with his own theory to determine bond lengths between the atoms in each of the diatomic molecules featured in the study. His findings were consistent with previous estimates, but it was Imes’s work that allowed him to make a definitive calculation.

Earle Plyler, a pioneer of molecular and infrared spectroscopy, reflected on the importance of Imes’s accomplishments in a 1974 symposium talk at the Fisk Infrared Institute’s 25th Anniversary Celebration. “Up until the work of Imes, there was doubt about the universal applicability of the quantum theory to radiation in all parts of the electromagnetic spectrum,” Plyler said. “Imes’s work formed a turning point in the scientific thinking, making it clear that quantum theory was not just a novelty, useful in limiting fields of physics, but of widespread and general application.”

After his time at Michigan, Imes faced discrimination in the field of academia, keeping him from pursuing a teaching role and ultimately leading him to move to New York, a hub for Black intellectuals and artists at the time, where he worked as a research physicist. He began as a consultant but later moved into roles at three engineering-based firms. While working in research and development within the firms, Imes secured four patents for devices or techniques for improving the measurement of magnetic properties of various materials.

“The Genius of the Man”

In 1930, he returned to Fisk to fill the role of professor and chair of the physics department. He continued his infrared spectroscopy research both at Fisk and at New York University, where he also experimented with X-rays and magnetic materials. Upon his death in 1941, two professional obituaries were published—the first in Science by William F.G. Swann and the second in the American Journal of Physics by Alfred Martin.

Swann, a longtime friend and colleague wrote, “It was the writer’s privilege to become acquainted with Professor Imes in his graduate student days at the University of Michigan, where his research laboratory was a mecca for those who sought an atmosphere of calm and contentment… Imes could always be relied upon to bring to any discussion an atmosphere of philosophic soundness and levelheaded practicalness.”

Martin, an instructor under Imes at Fisk, said, “With his passing, future generations of physics students have lost the privilege of studying under a truly masterful teacher; his colleagues, an esteemed counsellor; and his family and friends, a devoted companion… The genius of the man for inspiring his students and his associates will cause his memory to linger long in the hearts of many.”