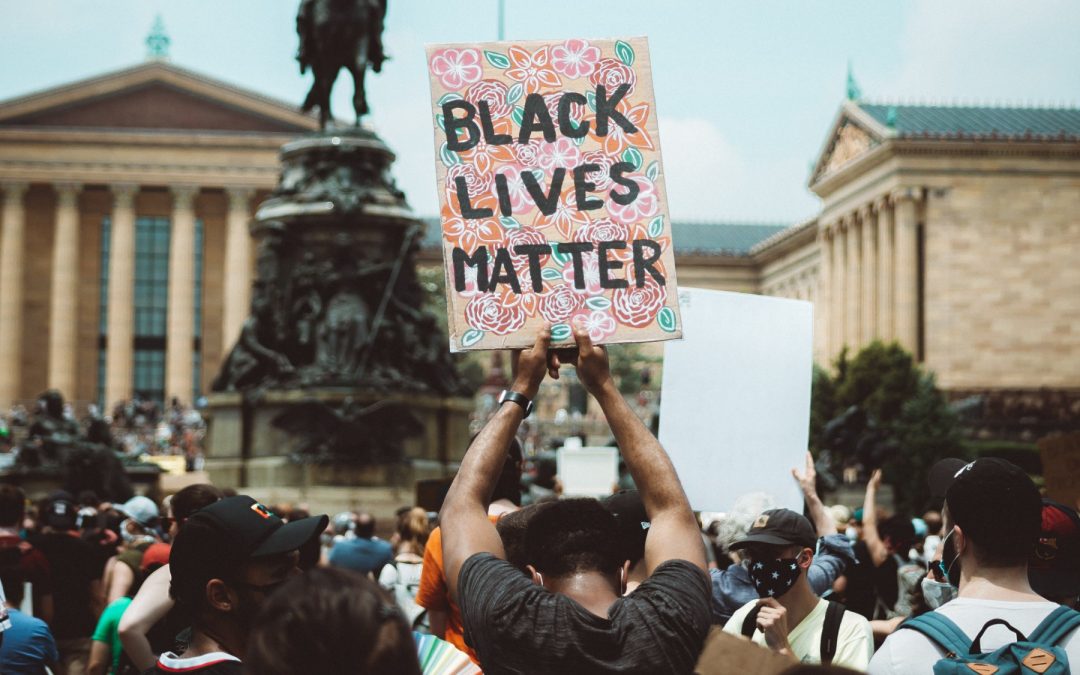 A Black Lives Matter protest gathers in front of a confederate statue. Photo by Chris Henry on Unsplash.

The summer of 2020 brought a massive wave of newcomers to the Black Lives Matter (BLM) movement. Millions witnessed the harrowing nine minute and 29 second video of George Floyd’s murder on social media, posted by 17-year-old bystander Darnella Frazier, and took to social media with their immediate responses.

During the period of May 26 to June 7, 2020, #BlackLivesMatter was used 47.8 million times on Twitter. Support for the BLM movement crescendoed during this time, with two-thirds of Americans claiming support for it in early June 2020. But soon came the backlash, with a swift decline in support. As of March 2022, 56 percent of U.S. adults claim support for the BLM movement, down 10 percent from the June 2020 national peak.

What role did social media play in this decline? And how do our social media conversations help or harm racial justice movements?

Two Rackham students are investigating the impacts of social media on racial justice movements, offering insights and actions to inform advocacy online and off.

Casidy Campbell, an American culture graduate student working at the intersection of Black women’s history and digital media studies, researches the ways that social media can “flatten” the personhood of murdered individuals when used as a justice-seeking tool. Campbell seeks to remediate this dynamic by recovering “moments of play and pleasure” in the everyday lives of murdered Black girls.

Part of Campbell’s dissertation explores the life, death, and blogosphere conversations around Sakia Gunn, a 15-year-old African American lesbian who was murdered in a Newark, New Jersey, hate crime in 2003. In her research, Campbell gathered oral history interviews from Gunn’s loved ones and read poetry written about her by her best friend. She juxtaposes these personal histories with the histories recorded in mainstream media newspapers and in the blogosphere.

“Many online activists called Gunn a warrior, a shero, a brave lesbian fighting back,” Campbell says. “But her friend said that she was actually a really shy person–she did not like conflict at all.”

Campbell approaches this discrepancy with understanding and compassion.

“Activists take this approach because it brings visibility to marginalized people and awareness to the conditions that sanctioned their death,” she says. “But Gunn’s death became the primary way for her to be recognized and assigned value. We’re forced to create these narratives, and we shouldn’t have to.”

Campbell feels that social media algorithms are also responsible for the oversimplification of these narratives.

“Social media tries to approximate a one-to-one relationship with life and a lot of people believe in its capacity to be neutral,” says Campbell. “But there’s an algorithm at work, and it amplifies disinformation, misinformation, and simplification.”

Campbell is interested in finding a different paradigm for engaging with Black girls’ narratives in the aftermath of their deaths, one that honors their lives and encourages a different kind of participation in racial justice conversations.

“I want to honor the deceased differently to ensure they don’t just exist in our history or in our digital archives as dead figures, but as people. I also want to think about new ways to tell stories online. We need to talk about death, and we also need to talk about life.”

Jessica Roden, a communication and media graduate student, researches how white social media users feel about reading and authoring racial justice posts. Roden also is interested in understanding how identity factors like race, gender, and the relationship between a post’s author and its reader influence the reader’s perceptions and engagement with racial justice content, actions, and policies.

“On one hand, white people want to signal care, share important information, or avoid being called out for inaction,” she says. “On the other hand, white people don’t want to look performative, say the wrong thing, or go beyond what they feel is the appropriate role for white people in the movement.”

These factors can act as a roadblock for many, compounded by an awareness of another aspect of Roden’s findings: People who make frequent posts about their activism tend to be seen as annoying, and their posts are skipped over.

“People are trying to figure out the best balance: how to be seen as a person and as an activist,” Roden says.

Her advice to white social media users who are a bit hesitant to post about racial justice is grounded in her research findings.

“Posting about racial justice matters. Your personal relationships with your followers means that you carry a persuasive impact with other white people,” Roden says. “However, if you’re worried about how people are going to think of you, know that it’s going to be a short amount of time that they do think of you, and then they are going to move on with their lives.”

Roden also stresses the importance of understanding who your social media followers are–and if social media is the best way to connect with them.

When she discovers someone sharing problematic ideas about race within her own social media network, Roden stops to consider if she is the best messenger to interrogate these ideas with them.

“I have a different education level and different religious beliefs than some of my friends and family members,” Roden says. “I try to get people who have more similarities to talk about race together. There’s more trust, more openness–and that can create change.”

Casidy Campbell and Jessica Roden are Rackham Predoctoral Fellows, nominated by their programs and selected through a competitive review process based on the creativity and impact of the research they are pursuing. Both express deep appreciation for the funding that allows them to maintain focus on dissertating.

“The Predoctoral Fellowship is super valuable in making sure that I have the time to focus on my dissertation and do the work that is important to me,” Roden says.

In addition to the Predoctoral Fellowship, Campbell cites the Roz Abrams Award and the mentors she’s gained through Rackham as instrumental to her graduate school success. “I don’t think a lot of other institutions provide these opportunities,” she says. “I am so grateful for them.”