Home » Discover Rackham » To the Ends of the Earth

To the Ends of the Earth

Through a Rackham International Research Award, biogeochemistry Ph.D. candidate Rebecca Dzombak is looking for insight into the future of Earth’s climate in the ancient soils of Iceland, Scotland, and the Faroe Islands. 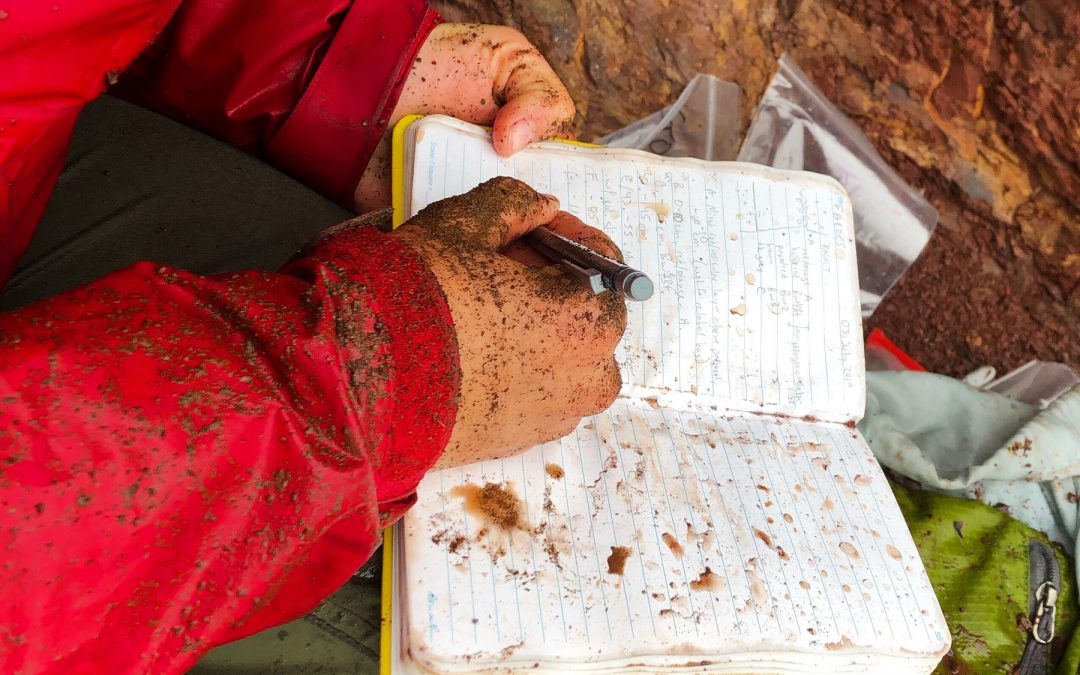 The first time Rebecca Dzombak set foot in Iceland, her mind was focused squarely on other worlds. A doctoral candidate in the Continental Environments Research Group led by biogeochemist Nathan Sheldon, in the Department of Earth and Environmental Sciences (EES), she had come to the North Atlantic nation to study its soils, produced by millennia of weathering and erosion of the basalt rock that forms the foundation of the island, as part of an astrobiology grant. While the soil where she was working supported little vegetation aside from moss and lichens, thanks to numerous hot springs it boasted thriving communities of microbes. Dzombak intended to use this primordial landscape to better understand the soil processes that led to the proliferation of life on early land some 500 million years ago. That, in turn, would shed light on how these same processes might occur elsewhere, on other planets in the universe.

At the same time Dzombak was collecting soil samples in Iceland, another EES research team led by geochemist Rose Cory was working on the northern slopes of Alaska with a more terrestrial focus—the potential impact of climate change on the high-latitude soils of North America. Thanks to previous research collaboration, Dzombak was keenly aware of their work, and she couldn’t help but draw parallels between the two settings. When she returned to Michigan, she did so with many more earthbound questions.

While no place on Earth is free from the effects of climate change, those effects are not spread evenly.  Current models predict high-latitude regions like Iceland will see more pronounced warming, leading to more significant disturbances of the environment and ecosystem. This will lead to the increased release of carbon, in the form of carbon dioxide and other gases, from soil, further exacerbating the warming process. As soils are the largest repository of carbon at the Earth’s surface, understanding more precisely how they will respond to a changing climate is paramount to understanding much of Earth’s future.

“The more time I spent in Iceland, the more I realized what a great place to work it was, and how many scientific questions its landscape suggested,” Dzombak says. “Getting a better handle on how high-latitude soil sinks will play, and have played, a role in moderating climate change is a really important question in understanding our planet’s future.” 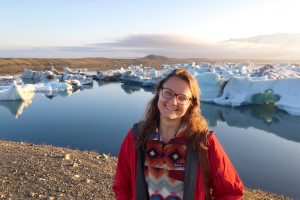 “North America and continental Europe have roughly a century of soil science behind them, but that kind of work didn’t start in Iceland until the 1980s, and in the Faroes, until the 1990s,” Dzombak says. “We still have a lot to learn about their chemical and nutrient makeup. Once we’re able to determine what they’re like now, we can start to ask questions about how they will change in the future.”

Each of her three research locations will give Dzombak the opportunity to explore a different set of soil conditions. Northern and western Iceland play host to peat bogs, wetlands, and permafrost, all particularly vulnerable to disturbances in the soil cycle caused by climate change. In the Faroe Islands, Dzombak will take samples across the entire breadth of the country, made possible by its limited geographic footprint, greatly increasing the available soil data on the small island chain. Finally, at sites in northwest Scotland, Dzombak will have the opportunity to work with preexisting carbon dioxide flux monitors, which measure the volume of carbon gases being released from the soils, as well as changes in that volume over time. While there, she will also study soil in a relatively unique setting—fjords.

“Fjords are small and a little weird,” Dzombak explains. “They only make up about one percent of the oceans, but they have an outsized effect on carbon burial. They’re narrow and deep, with freshwater filtering down from the top and seawater at the bottom. It’s an ideal setting for carbon to settle in the sediment, rather than cycling back out. We’re going to look at whether climate change may cause that long-dormant carbon to be released.”

In addition to looking at the current state of soils, Dzombak will also be peering into the past by examining paleosols—fossilized layers that preserve the soil from prehistoric periods. The Faroe Islands in particular have well-preserved paleosols which, much like their present-day counterparts, have not yet been well studied.

“We can use paleosols to approximate past climate conditions,” Dzombak says. “Temperature, precipitation, plant life—each gives us some idea of the environment going back 55 million years to a time when the Earth was warmer and sea level was higher. It’s a good analog for present climate change.” 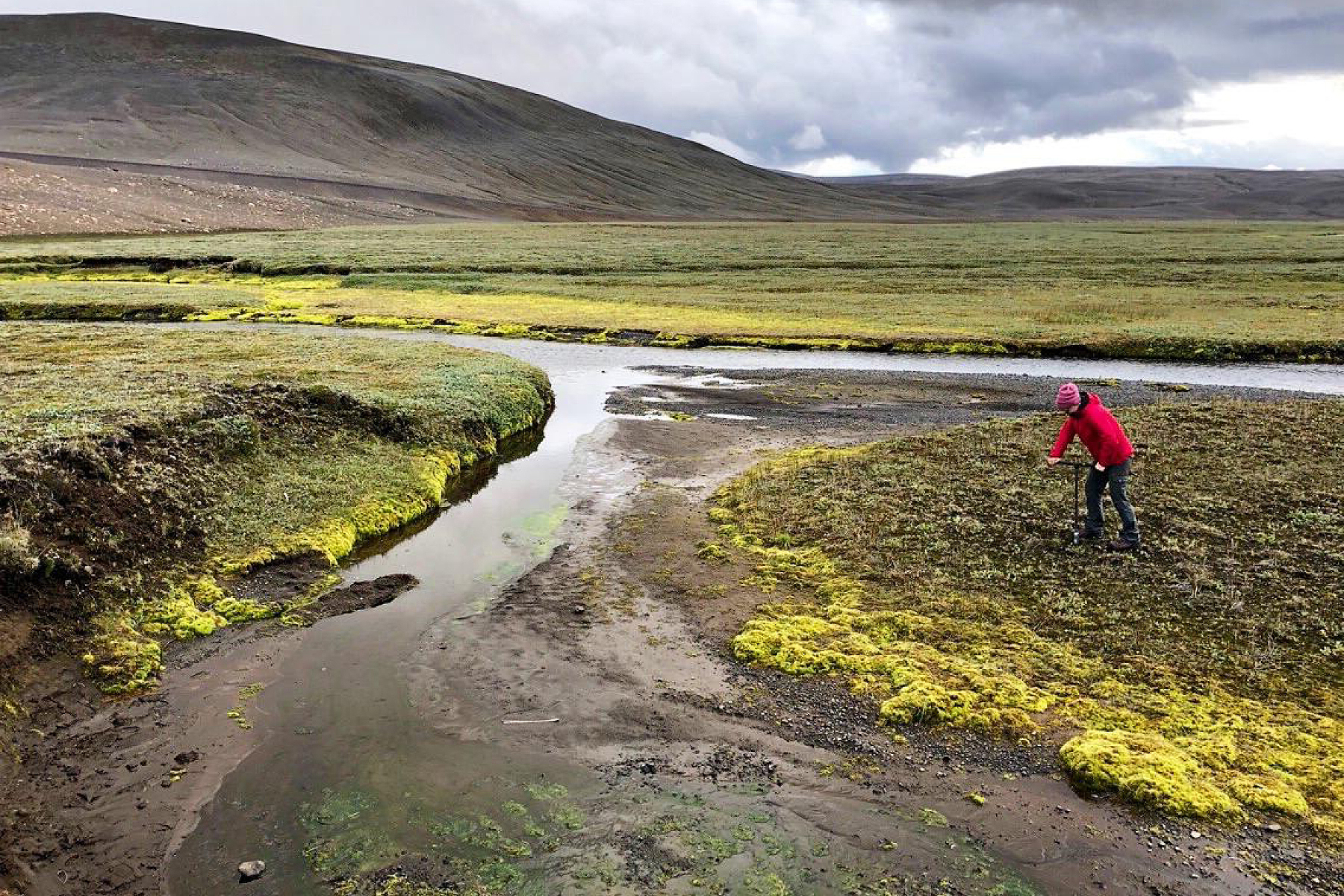 While her research questions are complex, the methods for answering them still require some good old-fashioned muscle. Using an auger, Dzombak will dig down into the soil at each site, collecting samples at regular intervals in order to understand how they may have changed over time. She will then send the samples back to the Continental Environments Research Group at U-M for geochemical analysis.

During testing, Dzombak will run the samples through a mass spectrometer in order to see their elemental composition. Of special interest to Dzombak are the levels of iron and phosphorous present, as they are key limiting nutrients in both aquatic and terrestrial environments. Once she has the percentages of these minerals, she can look further to determine their phase.

“That lets us know how easily the minerals could be accessed by microbes, and what kinds of larger changes that might cause for the environment or farmers using the soil,” she says.

By better understanding the role of soils in climate change, Dzombak hopes to provide new tools to better prepare for the challenges a changing climate will bring.

“As the climate changes and these high-latitude regions warm, we’re going to see changes in available nutrients, which will change the soil microbial community, which will change the overall stability of the soil and ultimately circle back around to further changing the climate,” Dzombak explains. “It turns out there’s a lot more science that needs to be done here, and to be able to contribute to that is such a privilege.”

In addition to the Rackham International Research Award that will make her summer fieldwork possible, Dzombak has also been the recipient of Rackham Graduate Student Research and Conference Travel grants. She also enjoys using the study spaces in the Rackham Building for writing, reading, and coursework.