Between Silence and Speech 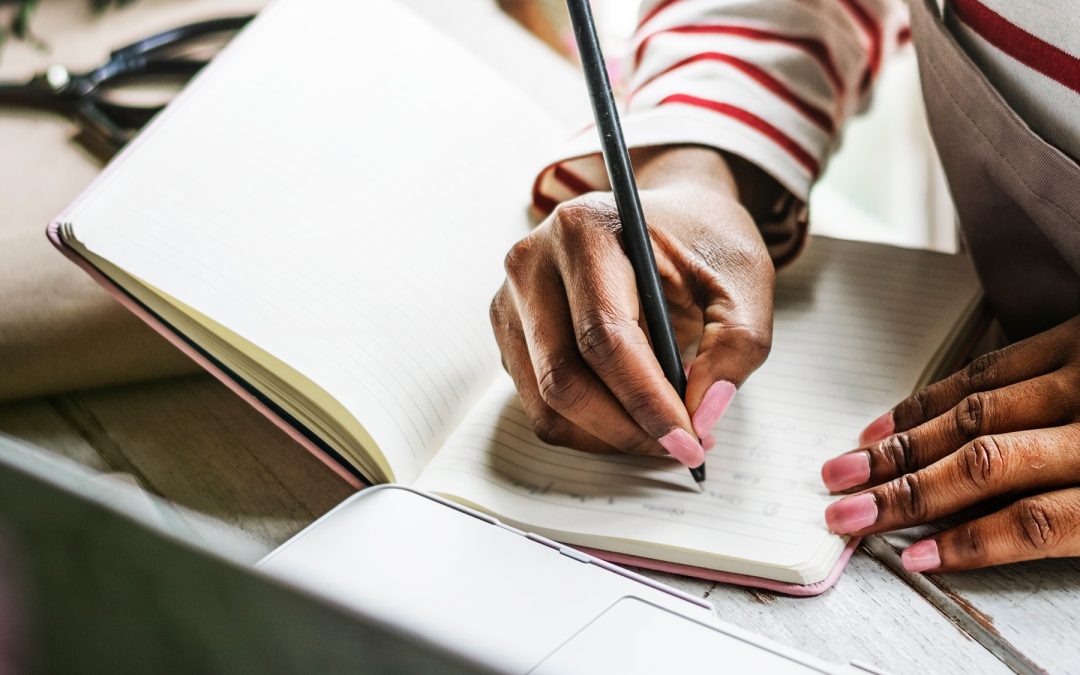 Elizabeth Tacke was teaching middle school in Oakland, California when she first began thinking about how her students, and people in general, use writing and books to learn about and navigate who they are. It was a subject she already knew well; she’d long been engaged in life writing herself, the practice of recording one’s own memories and experiences in the form of journals, personal essays, creative nonfiction, or even blogging.

The more she considered it, the more Tacke realized the act of writing—whether in its most literal, pen-to-paper sense or more generally, through any form of narration and storytelling—is inherent to who we are as individuals. It was that realization that ultimately led her to U-M to pursue a joint Ph.D. in English and Education, in order to delve deeper into how we understand ourselves and communicate that to those around us.

“I wanted to, as someone interested in life writing, talk about how we make sense of ourselves,” Tacke says. “Some of the theories I’m now building came from closely examining my own practices of how I do or don’t talk about myself to others, and then thinking about how others might do this, particularly around stories or experiences that may be difficult.”

A Space to Tell Their Stories

As someone with personal experience with disability herself, Tacke was drawn to studying how people, and women in particular, navigate the difficult and often fraught process of when and how to disclose disability or trauma. While often a requisite for receiving help or benefits from state or medical agencies, disclosing disabilities often has serious consequences. Women in Tacke’s research shared that they risked losing their jobs or even their children as a result. 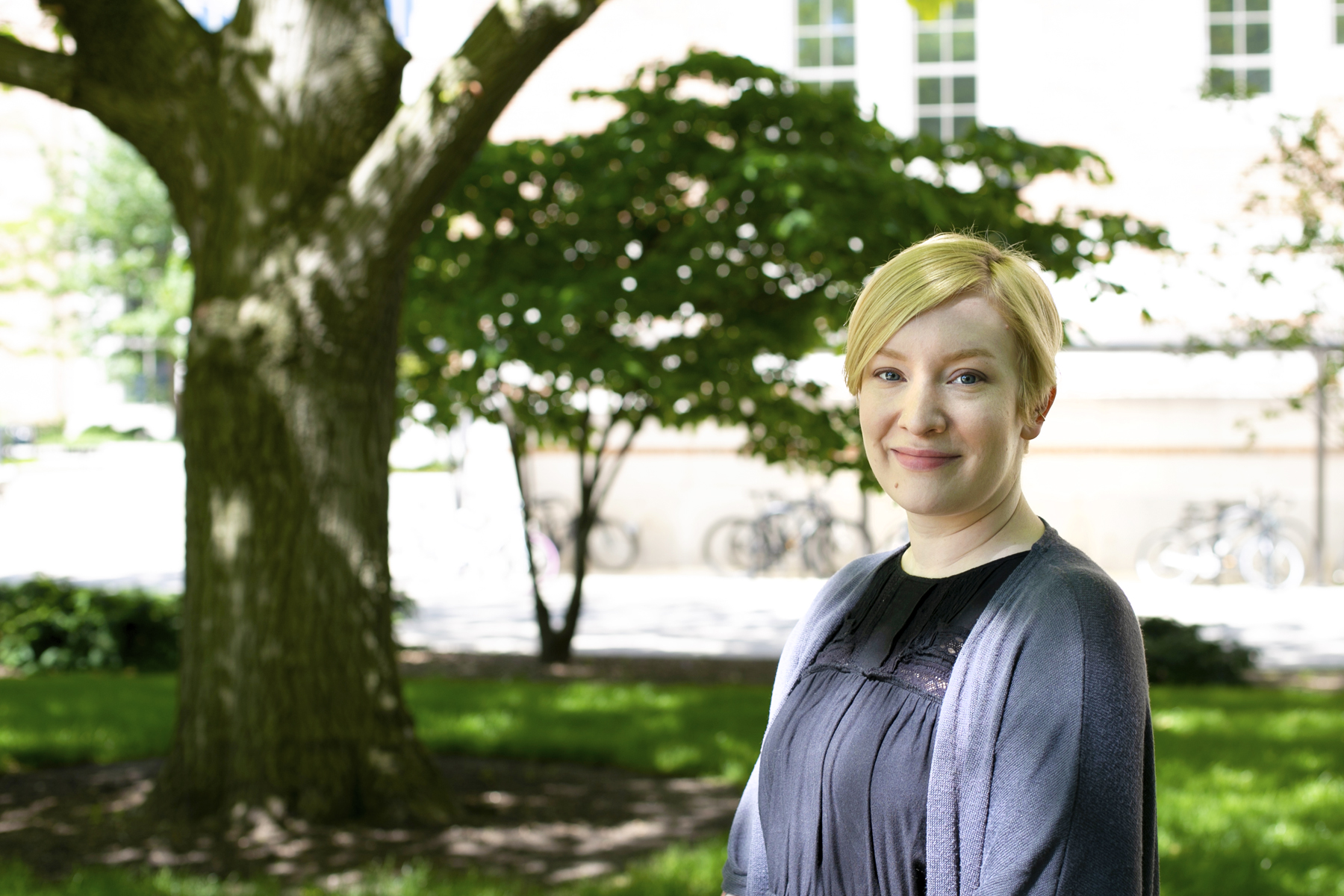 “How disability is read in the world has a significant impact on how a person is treated,” Tacke says. “It can change and define their life’s narrative, taking it out of their control. What I’m finding through my research is that people want to be seen and heard as an inherent part of their humanity, but they have to be careful about how that happens.”

Understanding the relationship between disability and disclosure would require working with women who have firsthand experience with it. While many academic researchers seek out students as a ready cohort of research subjects, Tacke wanted to engage women from diverse circumstances and walks of life. To that end, she put up flyers inviting women to join her study in laundromats, coffee shops, and other public spaces in order to make her study accessible to as many as possible, and it worked. While her project had space for ten women, 75 applied.

For the duration of her seven-month study, Tacke divided her subjects into two discussion groups of five women each, focused on writing exercises and on readings related to disability. She also conducted three interviews with each of them, at the beginning, middle, and end of the study. Together, Tacke and her participants created an environment in which they engaged with each other and with the subject of disability and disclosure.

The Masks We Wear

What emerged from both groups was a set of rhetorical strategies Tacke collectively refers to as masking.

“Masks can be used to both hide and reveal things,” Tacke says. “In this context, I’m using it as an umbrella term for the ways people tactically heighten some elements of their identities through disclosure, while possibly obscuring or downplaying others. Even a term like ‘survivor’ can be a mask, because it provides an overview without having to delve into the nuances of a person’s identity or experiences. In simpler terms, it’s like talking about something without talking about it.”

“What I’m finding through my research is that people want to be seen and heard as an inherent part of their humanity.”

Tacke observed these strategies manifest in many forms over the course of her work with the discussion groups. Some women used humor to soften their disclosure of trauma or disability, others euphemisms to talk about traumatic events without specifically naming them, and still others wrote themselves into fictional spaces in order to give a semblance of disclosure without specific, personal revelations. Other women in Tacke’s groups talked about their disabilities or traumas by discussing films or writing that spoke to their experiences.

One of the key points Tacke took away from her group is the relationship between silence and speech—what her participants chose to discuss and what they chose to omit—is not a dichotomy, but that the two exist simultaneously in every conversation.

“People are constantly navigating silence and speech through their disclosures about themselves, especially about things like disability and trauma,” Tacke says. “It isn’t that you either disclose or you don’t, it’s that what you say and what you leave unsaid are both parts of your narrative, and that telling your story can look very different under different settings, and may require a different approach to listening to understand it.”

Tacke hopes that by gaining a better understanding of the complex ways in which people talk about disability and trauma, her work will lead to better ways of listening to them and providing the support and resources they need in their daily lives. The current medical model for assisting people with disability requires disclosures in diagnostic terms, often in spaces that are not therapeutic, that do not give people agency over their own narratives. Tacke’s work is, instead, revealing the complexity of disclosure and the need for further research on the subject.

“I’ve always been interested in public scholarship and taking research beyond the ivory tower,” Tacke says. “There’s something inherently powerful in the number of people who volunteered for this study. We live in a world where women struggle to be believed, and if I can use my research to center their stories and help us all understand one another, that’s the best thing I could be doing.”

Tacke has been the recipient of Rackham Conference Travel Grants, Graduate Student Research Grants, and Graduate Student Emergency Funds. She has also attended a number of career and writing workshops that have helped her consider both how she can continue to make her scholarship accessible and consider careers that will allow her to feel fulfilled, whether inside or outside of the academy.