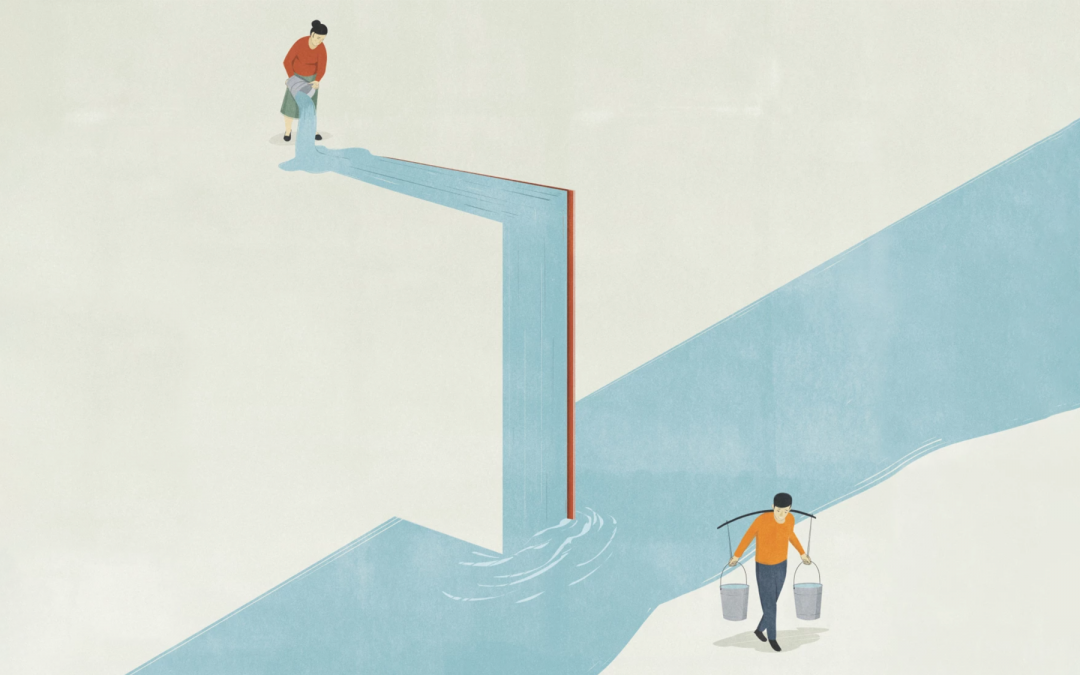 Illustration from the Chronicle of Higher Education.

While collaboration is common among researchers in the laboratory sciences, much of the scholarship in the humanities is still seen as a solitary endeavor. That’s a perception U-M history professors Rita Chin, who also serves as Rackham associate dean for academic programs and initiatives in the social sciences, and Jeffrey Veidlinger are working to change.

In a new article from the Chronicle of Higher Education, Chin and Veidlinger detail the creation of HistoryLab: Collaborative Research with the U.S. Holocaust Memorial Museum, which they taught in 2019 and 2020. Through this course, U-M history graduate students were given access to the museum’s primary sources and tasked with compiling them into two online collections, one on the how and why some Americans supported Nazism and another on how fascism appealed to many Europeans in the period before and during World War II.

Splitting into two teams, one dedicated to each collection, the students worked directly with Chin, Veidlinger, and specialists at the museum, as well as one another, to compile and curate documents, write interpretive descriptions, and organize the collections for the public. The result, Chin says, not only produced a public good and gave the students practical experience in their field, but also taught them important collaborative skills often underemphasized in traditional humanities curricula.

“We broke down the traditional hierarchy of faculty as imparters of knowledge, and students as receptors,” Chin says. “We were discovering together and having dialogue in a different way.”

The course was supported by grants from the American Historical Association and Rackham Graduate School.

Read the full story at the Chronicle of Higher Education.

Visit the collections the students created at Nazi Ideals and American Society and Everyday Encounters with Fascism.