What Language Says About Race

Whether it’s housing access, media portrayals, or the professional sphere, people of color often face discrimination around the language they use. Linguistics Ph.D. candidate Kelly Wright is listening to their side of the story. 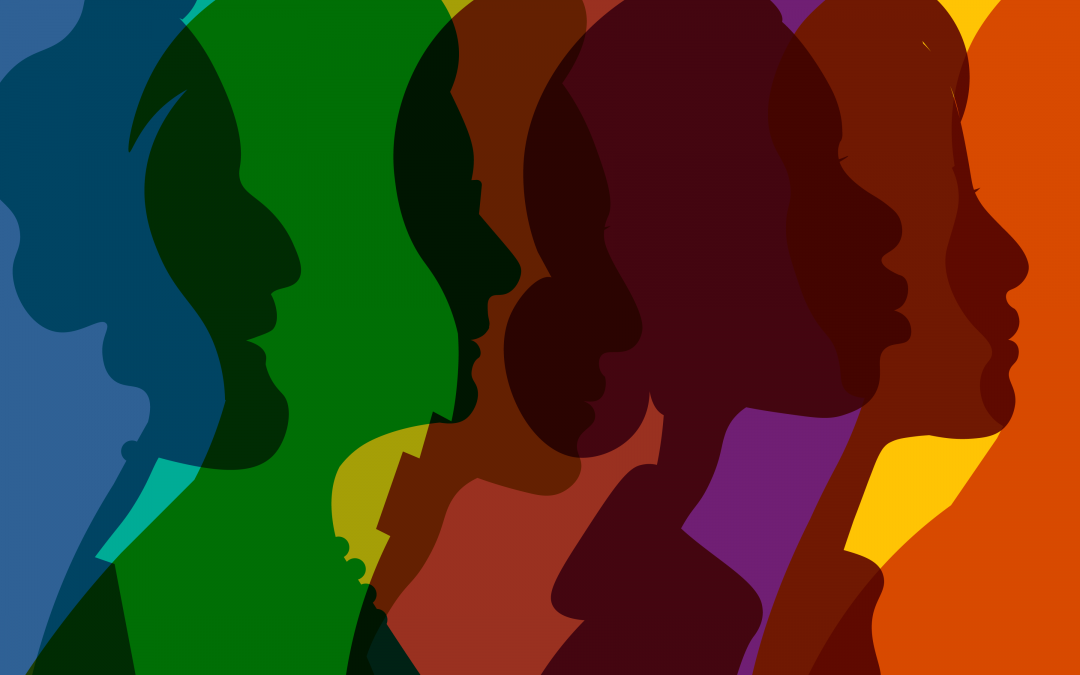 For the first 150 years of American history, it was illegal to teach Black Americans to read or write.

Throughout the slaveholding South, fear of forgeries, escape, and rebellion meant educating slaves could be met with fines and prison time. Even in the North, anti-literacy laws remained on the books until 1834, and while their education was not expressly forbidden thereafter, Black students were often banned from attending public schools. The result was their isolation from the self-expression and knowledge production shared by their European-descended contemporaries. While speakers of German and French, for example, melded elements of their languages into the emergent American English, the language of Black Americans developed along a parallel course, becoming its own distinct dialect.

That dialect has continued to develop and evolve into the present day, where it remains an active and prominent mode of communication in the communities of people of color. Emancipation and integration failed to bring linguistic equality, however. While primary speakers of non-English languages are afforded federal protection in their education, dialect speakers are not. Instead, as Black Americans entered the U.S. education system, they found themselves forced to move away from their own language foundation and adopt that of their white peers.

Kelly Wright was a senior in college when she first became interested in language and the racial and cultural forces that shape and enforce it while watching how language was used during the George Zimmerman trial. Today, as a Ph.D. candidate in the U-M Department of Linguistics, she combines fieldwork with cutting-edge machine learning technology to better understand how race—and perceptions of race—alter the ways we talk to and about one another.

“Linguistics, as the scientific study of language, lets us explore how we make meaning, and it underlies the questions asked in other disciplines like computer science, psychology, and English,” Wright says. “I chose to work on race and linguistic racism because race-based oppression has been a part of my life. I’ve asked myself questions like, ‘Why do I have to speak a certain way at work?’ and, ‘Why can’t I sound like myself?’ and I want to understand how these ideologies about language were built over time.” 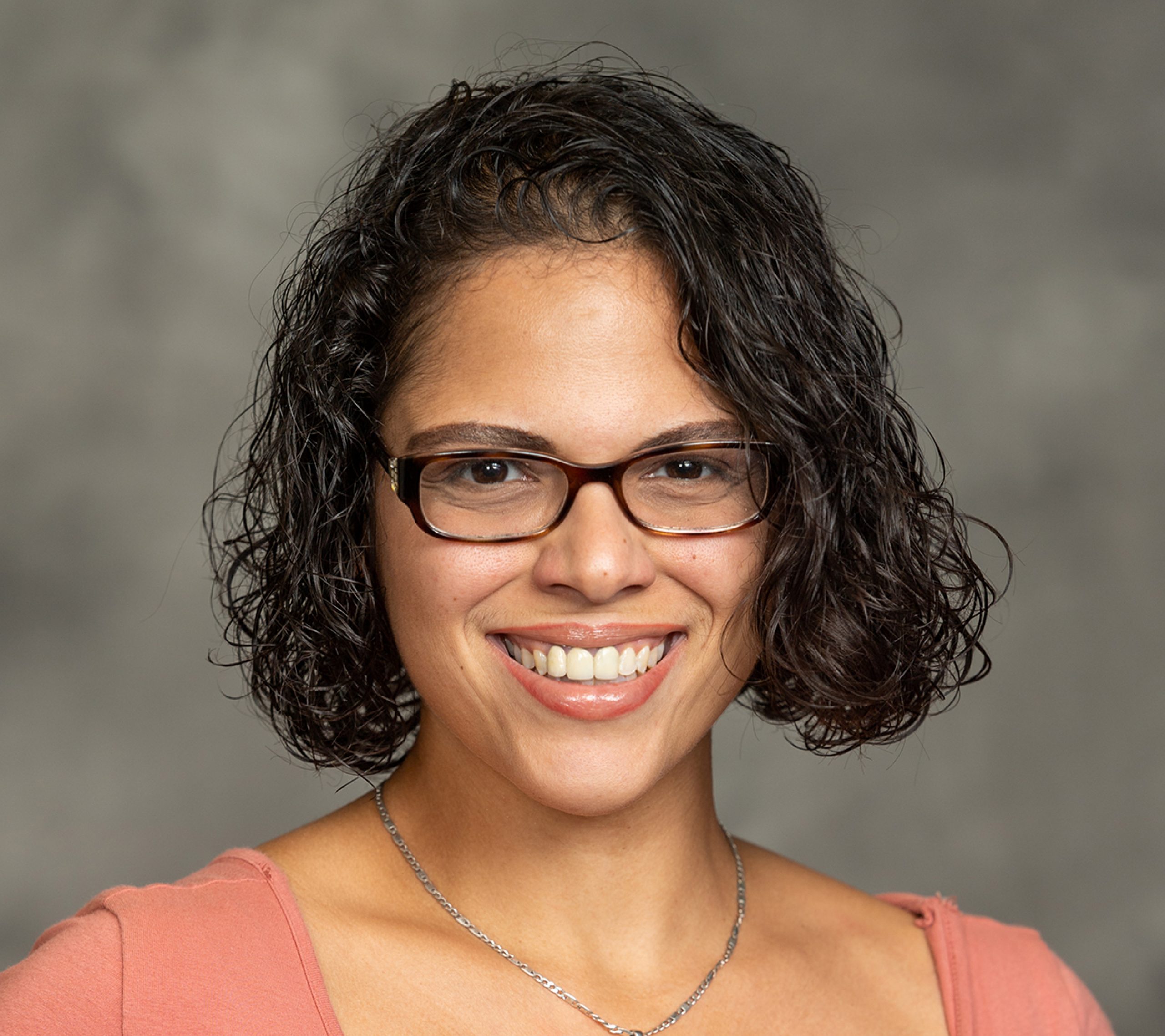 By studying how language plays into discrimination, Wright hopes to see her work inform policies that offer marginalized people greater equity, representation, and access to the full rights of citizenship.

The Machine That Could Tell Race

Wright has approached linguistic racism from multiple angles over the course of her career. As a master’s student at the University of Kentucky, she used eye-tracking technology as part of her master’s thesis on the adjectives used to describe tennis player Serena Williams in the press, and expanded that corpus to cover 120 athletes as a new Ph.D. student at U-M. Using the data from these studies, Wright developed a machine learning algorithm capable of analyzing the language used to describe athletes in media articles and using that to predict that athlete’s race with a high degree of accuracy. Her findings—which saw Black athletes described in terms of their physical prowess or having their feats compared to animals while their white colleagues were described in terms of skill and leadership—drew new attention to the phenomenon of racialized language, and led to her writing on the topic for ESPN.

“Everyone was interested in the machine that could tell race,” she says. “When we think about racialization, most people think we’re talking about slurs or violence, but at its baseline we’re just talking about words that are used more for one group or another, even in cases of praise like in sports writing.”

In Their Own Words

While the machine learning algorithm remains a key tool in her arsenal, Wright’s work now goes beyond formal exercises to encompass the direct, lived experiences of the people she studies. This is a novel approach to the kind of experimental research she does, which usually focuses on making observations about linguistic data in a vacuum.

Our law defines discrimination as something that happens in physical proximity, but my research shows it happens with voice alone.

“Experimental sociolinguistics doesn’t usually involve the population under study directly,” she explains. “I wanted to go out and interview people about how they use language, and use their experiences to create my experimental questions.”

Shifting her focus from media coverage of athletes, Wright’s dissertation centers on how Black professionals employ language in the workplace. Focusing on people from Detroit, Wright interviewed people from a wide range of careers—lawyers, doctors, city council members, musicians, entrepreneurs, police officers, and more—and including people who are just beginning their career journey and those who have retired from it. And rather than focusing on how they sound, Wright is interested in how they think about language.

With her data collection now complete, some early trends are emerging. Across most professions, Wright found her subjects were cautioned as students or young professionals against using their racialized dialect in workplaces or in front of authority figures, that some language was only for their friends and families because it could hinder their professional progress in white-dominated spaces. That is, she noticed, until people became more firmly established in their careers.

“My older participants—the oldest is 84 years old—reflected on how they used to be cautious about language, but have now realized that no matter how they sound, they’re still Black,” Wright says. “They’re choosing to be more true to themselves. I didn’t expect that, but it really struck me.”

As she begins the experimental phase of her study, Wright will link the observations of these professionals directly to her experimental design, which will include methods like speech perception analysis and stereotype endorsement measures. The results from this novel approach, she says, will speak to how racism and racial profiling continue to exist and function in American society.

“Our law defines discrimination as something that happens in physical proximity, but my research shows it happens with voice alone,” Wright says. “It shows non-standard language users having limits put on their freedom and self-determination. If we want to talk about equity, we can’t leave language out of the equation.”

Wright is a recipient of the Rackham Merit Fellowship, which allows her to focus solely on her research and studies for three years. She has also received multiple conference travel grants and had her research supported through pre- and post-candidacy grants.

“Having the fellowship has been essential to the work I do,” she says. “Having these years where I don’t have other requirements and I can just do my work, which involves listening to people describing their traumas, I couldn’t do that without Rackham’s support. Rackham has done a lot for me.”