In early April, seven of our Bouchet inductees were able to travel with us to Yale to be inducted at the formal ceremony on April 1. Four members presented their work during the Edward A. Bouchet Conference that followed the next day. A highlight of the conference was the Bouchet Leadership Award Keynote Lecture from University of Miami President Julio Frenk. 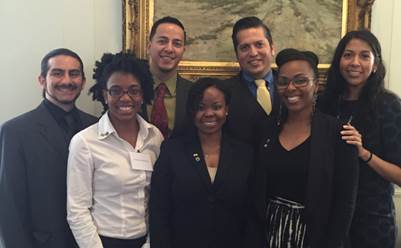 On April 22, we welcomed the above inductees back to Rackham for an on-campus reception, where they were joined by friends, family, and advisors. Dean Carol A. Fierke opened the program, which was followed by the official introduction of the new members. Each was then presented with a plaque signifying their Bouchet certificate of membership. The new inductees then discussed their motivation in applying to the Bouchet Honor Society and provided a brief overview of their research. Several mentioned exciting next steps in their professional careers, and we look forward to learning of the future successes of our 2016 members. 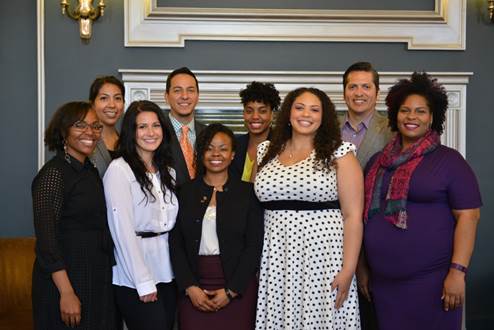