During my last two years of undergrad, whenever I mentioned I was applying to graduate school, the most consistent response I got was a comment or joke about how I’d essentially be living in lab, even from friends who didn’t know much about graduate school in biology.

I like to think I’ve chosen science as my career but not my life and I don’t believe our time in graduate school should always be about academia. So while I was pretty sure I wasn’t going to be “living in lab,” I still made a mental note to actively pursue a healthy work-life balance in grad school like I did in undergrad. For me, that means: don’t give up your hobbies and that might mean occasionally prioritizing them before science (if possible).

What I like to do in my free time will probably be different from what you’d like to do, but in case you’re curious, here’s my list of non-academic highlights of Fall 2015. 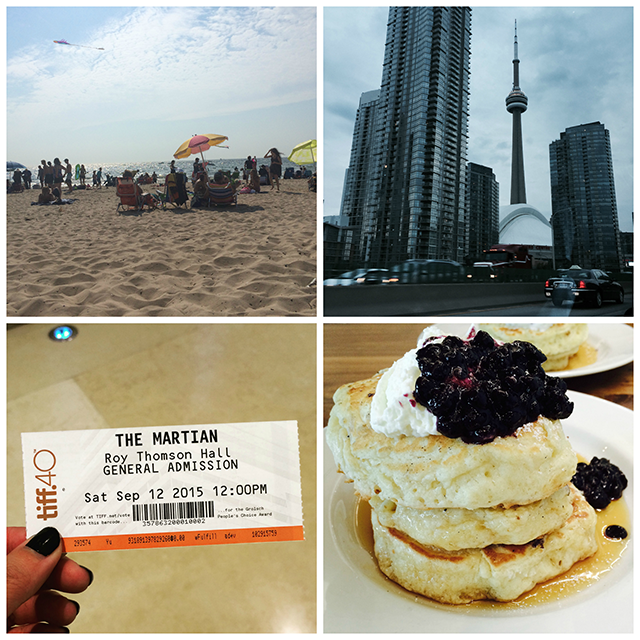 Top Left: Mlive compiled a nice list of orchards in the area for future reference. We didn’t pick any apples or pumpkins so we were at the orchard for less than an hour but if you want to pick apples or go in a large group or go with children, definitely plan to be there for longer or even make it a half-day trip. Some places also have a petting zoo or corn maze which would be fun for kids (or you).

Top Right: A fellow second year and I spontaneously decided to head to an orchard because we were both craving donuts and wanted to get out of Ann Arbor for a bit. Half of my donuts disappeared that day but there are no regrets.

Bottom Left: UMS offerings for the 2015-2016 season are fantastic. One of the more crowded performances I was at was when the NY Philharmonic Orchestra live performed the soundtrack of On the Waterfront. For Winter 2016, I recently saw the Royal Philharmonic Orchestra with Pinchas Zukerman and it was one of the best performances I’ve been to. I’m also looking forward to seeing the Montreal Symphony and Gil Shaham. Don’t worry if you’re not a fan of classical music! UMS also has jazz, global, theater and many other types of performances where college students (including graduate students) can get $12 or $20 student tickets.

Bottom Right: Association of Multicultural Scientists (AMS) is a graduate student group that often plans science outreach events. I think it’s important to be at least somewhat involved in your community, and I loved volunteering when I was in high school and undergrad. Volunteering is a great way to give back to as well as explore your community. However, I’ve never done a science-related or children-involved volunteering event so I joined AMS at the Michigan Science Center and introduced kids to bacteria. Since the bacteria I work with aren’t particularly eye catching, I reached out to the Microbiology and Immunology community for samples of cool and weird (but safe!) bacteria, and they definitely delivered. It was fun sharing why I like science with kids and their parents. I’d definitely do it again and recommend other graduate students try something similar at least once. 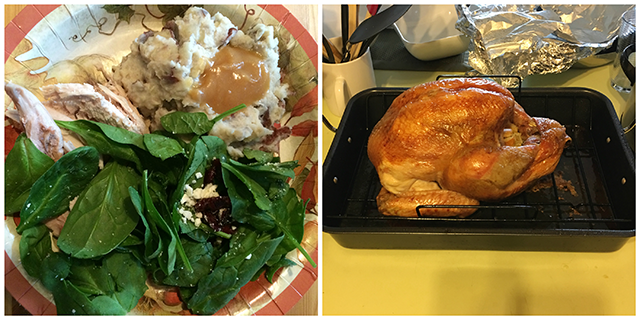 I didn’t go home for Thanksgiving last year or this year because my family doesn’t celebrate Thanksgiving, and it’s too close to Christmas to justify buying another set of plane tickets to fly home to California. Last year, a few of my fellow graduate student friends also didn’t go home for Thanksgiving (either it wasn’t worth flying home or didn’t want to go home… or they are Canadian), so we celebrated Friendsgiving at an Indian buffet instead. We repeated Friendsgiving this year at a Chinese restaurant. A few days later, one friend wanted to try making Thanksgiving food for the first time and invited us over to be her guinea pigs. Everything she made was delicious. Photo of my first plate and the turkey. 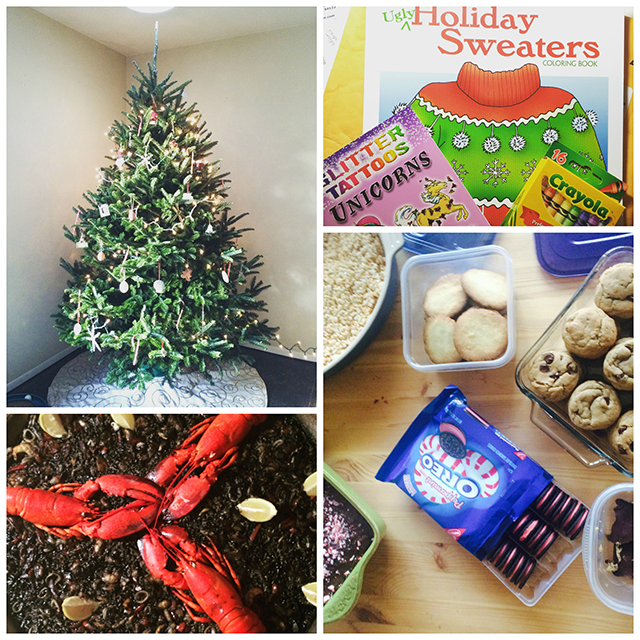 This year, before we (Friendsgiving group) left for home or vacation, we had our first Friendsmas. We did a potluck of sweets and desserts and also had a white elephant exchange. Against popular opinion, I still think the gift I brought was the best.

Later that Friendsmas day, I went to my lab holiday party at a professor’s house. While I know of squid ink pasta, I’ve never seen or tried squid ink paella and it was delicious.

The holiday party concluded my Fall 2015 out-of-lab experiences; I flew home about a week later. It’s easy to get tunnel vision and get stuck in “graduate student mode” but I think I had a good balance of time in lab versus time out of lab that I’ll try to match in future semesters.