Home » Discover Rackham » A Very Venomous Field Season, Part 2: Back in the Lab

A Very Venomous Field Season, Part 2: Back in the Lab

In Summer 2016, Andrew Wood received the Rackham Graduate Student Research Grant to research fish-eating snails in Japan. He wrote about his experience, and is checking in now to share how his research has progressed in the months since he conducted his fieldwork. 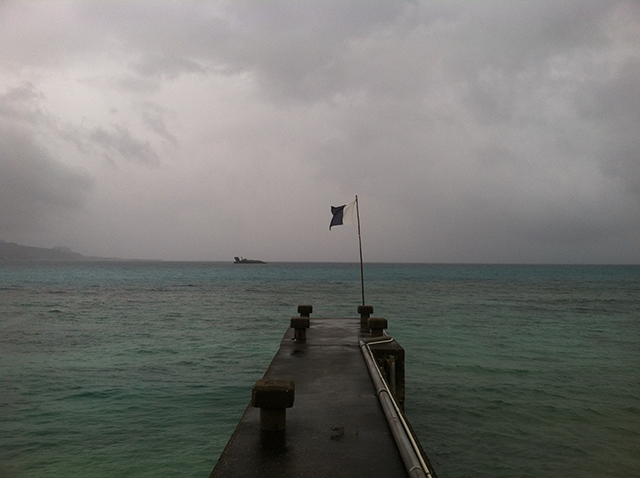 A view of the Sesoko Station Wharf.

I’ve been back from fieldwork in Okinawa for over six months now, but I continue to use the animals that I collected while I was there. I had mixed success in Okinawa. My goal was to collect a large number of individuals of several fish-eating species of Conus in order to characterize the diets of fish-eating snails. These characterizations were supposed to enable my ultimate goal, which is to show that variation in Conus venom has functional significance to the snail’s ecology. Basically, see if the venom of a snail really is more potent on prey items that it normally eats than those that it doesn’t normally eat. I collected over 300 snails, but few of them were fish-eating species, and I didn’t get nearly enough to make concrete conclusions about their dietary preferences.

Ah, but no matter. In the words of Field Marshall Helmuth von Moltke the Elder, “No battle plan ever survives contact with the enemy,” an axiom that didn't keep him from smacking European armies around the continent until they agreed to recognize a unified German state. I certainly didn’t return from my summer fieldwork empty handed. In fact, I came away with multiple representatives of over 28 Conus species. At present, I am using them to address questions that are different in specifics, but similar in tone, to those I originally hoped to answer. When I was in the field, I dissected each snail and preserved a couple of organs that play crucial roles in adaptation to different niches: the venom gland and the osphradium. The importance of the venom gland is pretty obvious. It’s where the snails produce the venom that they use to capture prey and defend against predators. The osphradium requires a bit of explanation. It is a chemosensory organ found in most aquatic gastropods. It is well established as the primary olfactory organ possessed by these animals. We don’t know a lot about the genetics of olfaction in molluscs, but I think that adaptation in their ability to detect chemical cues of prey (i.e., ‘smell’ prey) may be just as important as their ability to subdue that prey with venom once they strike. 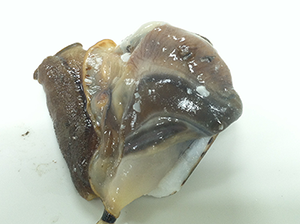 Conus without its shell

So now I’m taking those preserved osphradia and extracting RNA from each. This RNA holds a record of all the genes being transcribed in the osphradium at the time the snail was sacrificed. I am sending this RNA to the University of Michigan’s Sequencing Core, where it will be sequenced using the next generation Illumina platform, giving me what is called the transcriptome – sequences of all those transcribed genes. With these sequences in hand, I will compare the similarity of genes that encode chemosensory receptors among a group of the Conus species that I have. I will see how different these genes depending on the broad diet of the snails (i.e., if a species is a worm eater or a fish eater) and how different they are between close relatives compared to distant relatives.

My goals in this project have evolved in response to the resources at my disposal, and although I won’t be able to answer my original questions with the materials I collected last summer, I am equally, if not more excited, about the new questions that have taken their place.