Celebrating a Century of Opportunity 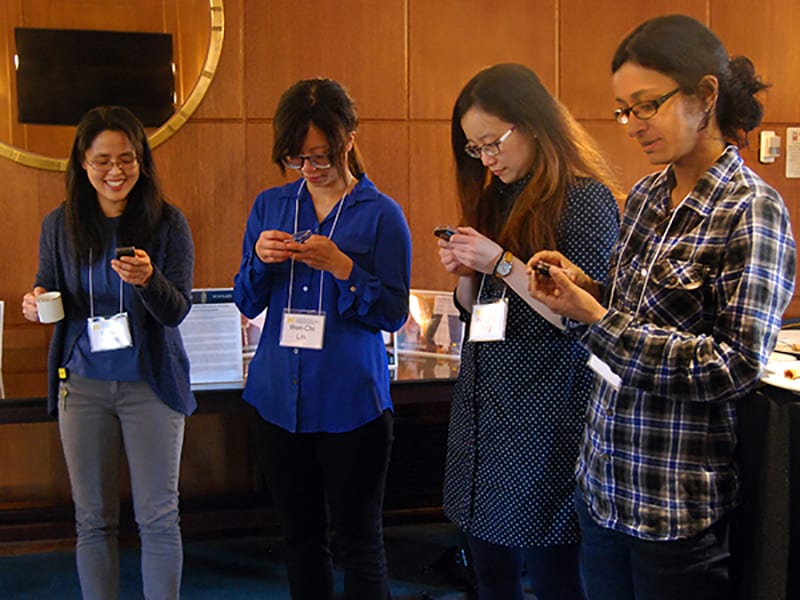 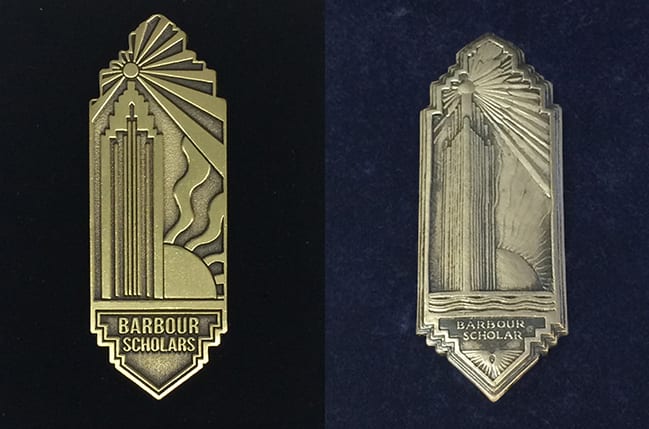 No, these graduate students and alums aren’t on their phones. They are examining history, having just received a pin representing their inclusion in the Barbour Scholarship program. Pins like these were given to Barbour Scholars in the 1930s. To mark the centennial of the program, current and former scholars are receiving commemorative pins designed to reflect the original.

Endowed at the University of Michigan in 1917 by Levi Lewis Barbour, the Barbour Scholarship represents a century of opportunity for women of the highest academic and professional caliber from the area formerly known as the Orient (encompassing the lands extending from Turkey in the west to Japan and the Philippines in the east) to study modern science, medicine, mathematics and other academic disciplines and professions critical to the development of their native lands.