The Hidden Cost of Energy Poverty

More than 14 million Americans are behind on their energy bills. One Rackham researcher looks at how this dynamic breaks unevenly along race and class lines while exploring options for how to address it. 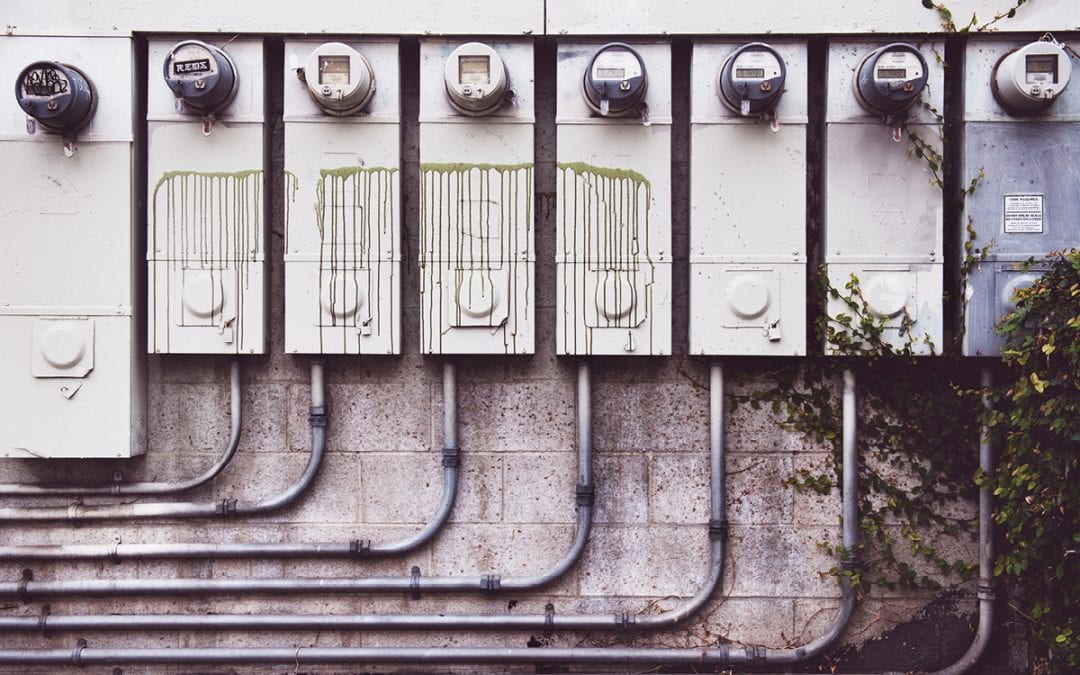 For millions of Americans, it isn’t enough to have a roof over their heads. They struggle to find the means to adequately heat or cool the places they call home, and that—particularly in households with elderly family members or small children—leaves them vulnerable and facing a choice most of us are never forced to deal with: not a choice between levels of comfort, but one between paying the utility bill or putting food on the table. A combination of low income, inefficient homes, and rising energy costs has left them “energy insecure”—or “energy poor.”

“Early scholars, particularly in European countries, considered anyone to be energy poor if they spent 10 or more percent of their household income on fuel costs,” explains Dominic Bednar (M.S. ’16), a doctoral candidate in the School for Environment and Sustainability. A household’s energy costs divided by its total income is known as a household’s energy burden.

In his master’s work, Bednar examined available data in order to determine what types of households were most likely to be affected by this burden. More than 14 million Americans are behind on their energy bills, and, according to National Poverty Center data cited by Bednar, African Americans are twice as likely to be among them and three times more likely to experience an energy shutoff.

“I recognized that energy disparities exist across race, socioeconomic status, and location, or—said another way—race, class, and place,” he says. “Now I’m working to understand why these disparities exist in the first place and juxtaposing that with how the government assists households in terms of getting them out of these situations of energy insecurity.”

The image above shows that even similar homes can vary widely in terms of energy efficiency. The home on the right is much less efficient than its counterpart on the left.

Hand Up, or Hand Out?

The federal government has two main programs designed to assist those affected by a high energy burden: the Low Income Home Energy Assistance Program (LIHEAP) and the Weatherization Assistance Program (WAP). LIHEAP provides energy subsidies to those who can’t afford to pay their utility bills with an eye toward health and safety. WAP addresses the energy inefficiency of homes through weatherization improvements and upgrades. While both of these programs have commendable goals, over the past 40 years LIHEAP has received more funding than WAP at a rate of more than 5:1. Bednar argues that this disproportionate allocation of funds highlights a larger issue.

“What I find problematic about this is, let’s say I can’t afford my heating bill this winter and I’ve got maybe a couple of kids and I only make so much money. It’s likely I’m going to need help the next year, and the year after, and the year after that. And just based off of how funding is appropriated, it seems as though we’ve been entrenched in this economic method of assisting householders.”

“Each of these two programs is also administered by different departments in the U.S. federal government,” Bednar continues. “LIHEAP is in the Department of Health and Human Services, while WAP is in the Department of Energy. So they take two different approaches to solve arguably the same issue. And I’m saying that because of the disjointed nature of where these assistance programs are housed, it doesn’t allow us to most effectively assist or mitigate this issue of energy poverty and energy insecurity, and it also doesn’t allow us to provide a more comprehensive assessment of which householders are energy insecure and why.”

Bednar presented an overview of his research in February at Rackham’s inaugural King Talks, an event to celebrate the life and legacy of Martin Luther King Jr.

Helping people to cope with their high utility bills more than helping them to update and modernize their homes has consequences for society as a whole, Bednar says. He points out that buildings are the No. 1 contributor of carbon-dioxide emissions in the United States. While vehicles are more popularly associated with polluting, 44.6 percent of America’s carbon-dioxide emissions comes from buildings, with roughly half that coming from the residential sector. So homes that consume energy inefficiently contribute directly to an increase in one of the most abundant greenhouse gases in the Earth’s atmosphere.

And while those negative consequences provide an impetus to deal with inefficient homes, Bednar cites the “multiple benefits of energy efficiency” as another source of motivation.

“It’s possible that you’ll see fewer children missing days of school because they’re not sick, and fewer single parents missing work to take care of them or take them to the doctor,” he says. “And you could see an increase in the economy because you’re creating more jobs for people to actually go in and build new homes, retrofit existing homes, or perform energy audits.”

In the end, Bednar sees his research having relevance to environmental justice, and he hopes to help reframe the way policy makers think about not only the causes of energy poverty, but also their approaches to addressing it.

“Using data from the census and other surveys, the main thing that I really want to create is an index to help us better understand why households are vulnerable to these energy insecurity situations, or why they’re vulnerable to being deprived of household energy. I also want to determine exactly who is more likely to be in those situations and to what extent. Hopefully this could be used as a policy tool to better target who needs help and to better understand how they got in that situation.”

Update: The foundational chapter of Bednar’s dissertation, “Recognition of and response to energy poverty in the United States,” was recently published in the journal Nature Energy. He was also selected for a 2020 Fulbright Research Award, enabling him to continue his energy justice research in Santiago, Chile beginning in March 2021.