A Sense of Place

It often conjures images of farms or forests, but what does it really mean for a place to be “rural”? Rackham student Surabhi Balachander is looking for a new definition that reflects people's lived experiences. 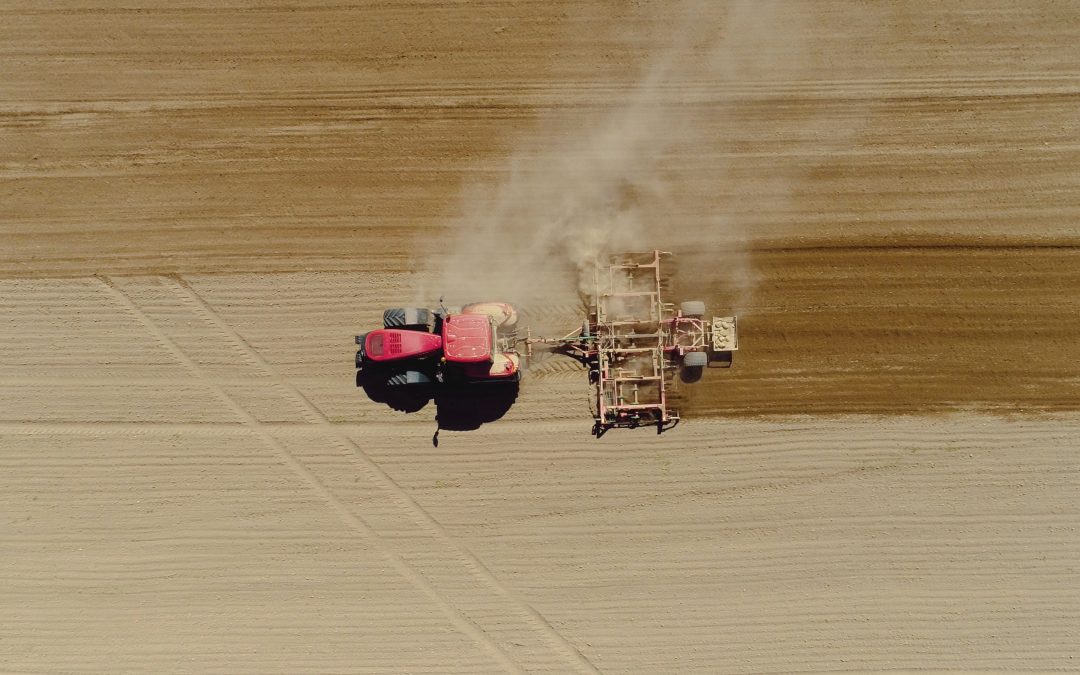 Wide open spaces, rolling hills dotted with cattle, trackless stretches of forests and fields interrupted here and there by the occasional, iconic, red-painted wooden barn. Rural America, today defined by the U.S. Census Bureau as anywhere with a population less than 2,500, occupies an archetypal place in the history, culture, and mythology of the country, from tales of westward expansion penned by the likes of Willa Cather and Louis L’Amour to the idyllic upbringing of DC Comics’ Superman. But behind that literary mythmaking lie real, complex places and communities, and Surabhi Balachander wants to understand how they understand themselves.

When Balachander moved from her home of Tippecanoe County, Indiana, to attend Stanford as an undergraduate, she found herself in an environment more urban in character. And while she came from a place where her father and many other members of her community’s lives revolved around agriculture, this was not the experience of most of her fellow Asian American students.

“Throughout my training in ethnic studies as an undergrad, and still today, I often think about what it means for me to be a person of color in not necessarily a normative space for a person of color in the United States,” Balachander says. “That really came into relief when I went to college at Stanford. A bunch of the other Asian Americans had grown up in large cities or plurality Asian suburban areas, and they didn’t quite understand how my experience might have been different.”

From then on, defining the rural experience on its own terms, from the perspective of its own people, became the driving force in Balachander’s studies. That included questioning the Census Bureau’s fixed and seemingly arbitrary definition. “I want to think about how elements of rurality appear in places with larger populations,” she says. “Rurality can be affective and should be seen as on a continuum.”

As a Ph.D. student in the U-M Department of English Language and Literature, she is exploring the complex ways environment and race intersect to create rural identity by delving into how those have, and continue to be, expressed in written works. 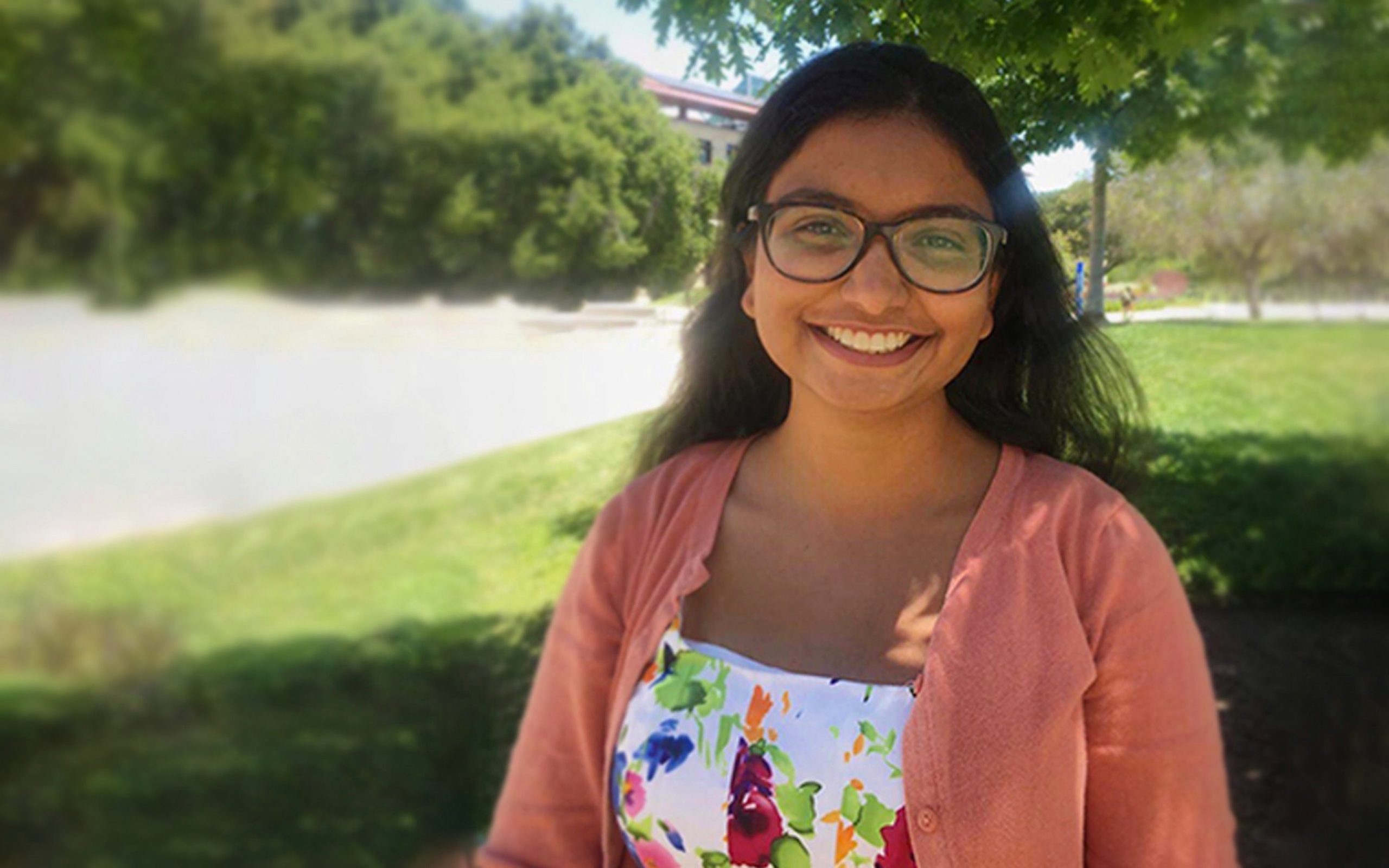 Traveling from Tippecanoe County, Indiana to Stanford University prompted Balachander’s long-term research into how we understand the places we call home.

As she combs through a wide range of novels, poems, and other works, Balachander has begun to see how people living in rural areas see their environment and, by extension, how they see themselves within it.

“I do a lot of digging deep into individual texts and constellating things across them,” Balachander says. “Typically while I’m reading, I’m asking how are people defining themselves, what images are they plotting themselves in relation to, and what kinds of things enter into their conception of their rural environment.”

Balachander recently won the Western Literature Association’s J. Golden Taylor Award for an essay on Border-Crosser with a Lamborghini Dream, a collection of poems by Juan Felipe Herrera in which the former U.S. poet laureate writes about his travels between places like San Francisco’s Chinatown and the migrant worker communities of the Californian agricultural landscape. Through Herrera’s eyes, Balachander sees the rural environment as not only its own distinct place, but as one connected to everything moving around and through it.

“For him, the rural isn’t something insular but it is something deeply environmental,” Balachander explains. “He thinks a lot about pesticides and the toxicities that move across these spaces, but always in connection with movement between other places and different lineages and histories. He does a lot of thinking about how porous the rural environment is.”

The emphasis she found on rural spaces as filled with the movement of people and material underscored another observation from both her research and her lived experience. Rather than vast tracts of untouched nature, Balachander points out that much of the rural landscape is just as built and modified by human hands as its urban counterparts. These major alterations have left it particularly vulnerable to forces like climate change.

In order to understand how the people who live in rural areas see and understand this vulnerability, or whether they do at all, Balachander turns once again to literature.

“I’m interested in what kinds of hard questions literary forms can ask that journalistic, scientific studies can’t really give us,” she says. “There are forces at work bigger than whether people know something, like climate change, is going on that inform their response to it. I think literary forms, including fiction, poetry, creative nonfiction, and criticism, allow us to ask about the larger dimensions of why these things are happening, what they mean, and what they could beyond just what we observe.”

Underlying all of it is Balachander’s continued desire to help us better understand our neighbors and ourselves through the way we relate to the places we call home.

“Place, and how being in different places allows us to feel and think different things, is the most basic level of my work,” Balachander says. “I think visiting different parts of the country helps me resituate myself and ask ‘What does it mean to be in this place right now?’”

Balachander runs the Rural America Working Group at U-M, an interdisciplinary workshop that brings people from across the university together to think about and work on topics related to rural areas of the United States. The group receives most of its funding and support from Rackham.