Home » Discover Rackham » A Witness for Those Under Siege

A Witness for Those Under Siege

Journalist and documentarian Safa Al Ahmad was honored with the 2019 Wallenberg Medal for her courageous efforts to highlight the human cost of the conflict in Yemen. 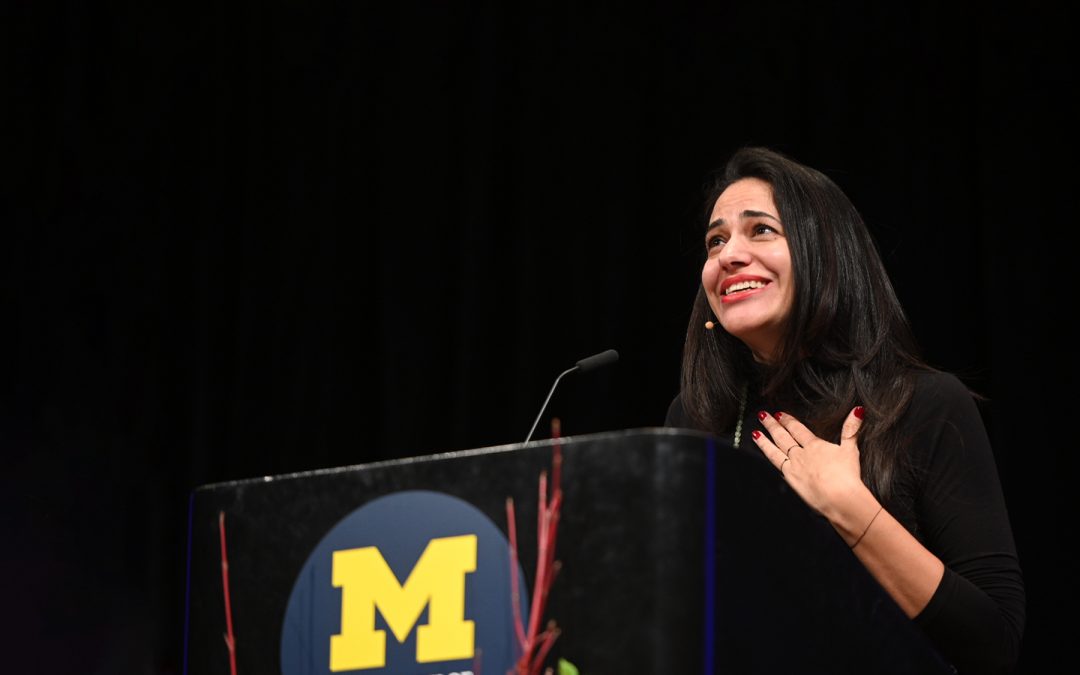 On November 19, Saudi Arabian journalist and documentarian Safa Al Ahmad was awarded the 2019 Wallenberg Medal in a ceremony in Rackham Auditorium. Al Ahmad has risked her life to be one of the few journalists to report from the ground on the crisis and conflict in Yemen between Houthi rebels, militant groups, and the Yemeni government and its Saudi allies. Her documentaries, appearing on the BBC and PBS, reveal the human cost and the underlying contending interests that are engaged in a deadly and complex regional conflict.

“In making these films, I think to me, the true acts of courage are those who decide to entrust their stories to me,” Al Ahmad says. “They decide to share, relive, what are some of the worst moments of their lives… and this weighs heavily on me. I rarely walk away from making a film and feel like I’ve done it justice. Their stories haunt me.”

The Wallenberg Medal and Lecture program honors the legacy of Raoul Wallenberg, a U-M graduate credited with saving the lives of tens of thousands of Jews during World War II.

The university awards the medal annually to people who demonstrate the capacity of the human spirit to stand up for the helpless, defend the integrity of the powerless, and speak up on behalf of the voiceless.

Read the full article from the University Record.