Some of the most widespread sources of information on the planet, Wikipedia’s articles are praised for their neutrality, but show significant biases in whom they cover. Rackham political science student Samuel Baltz spent most of 2020 working to change that by writing an article on women in political science every day. 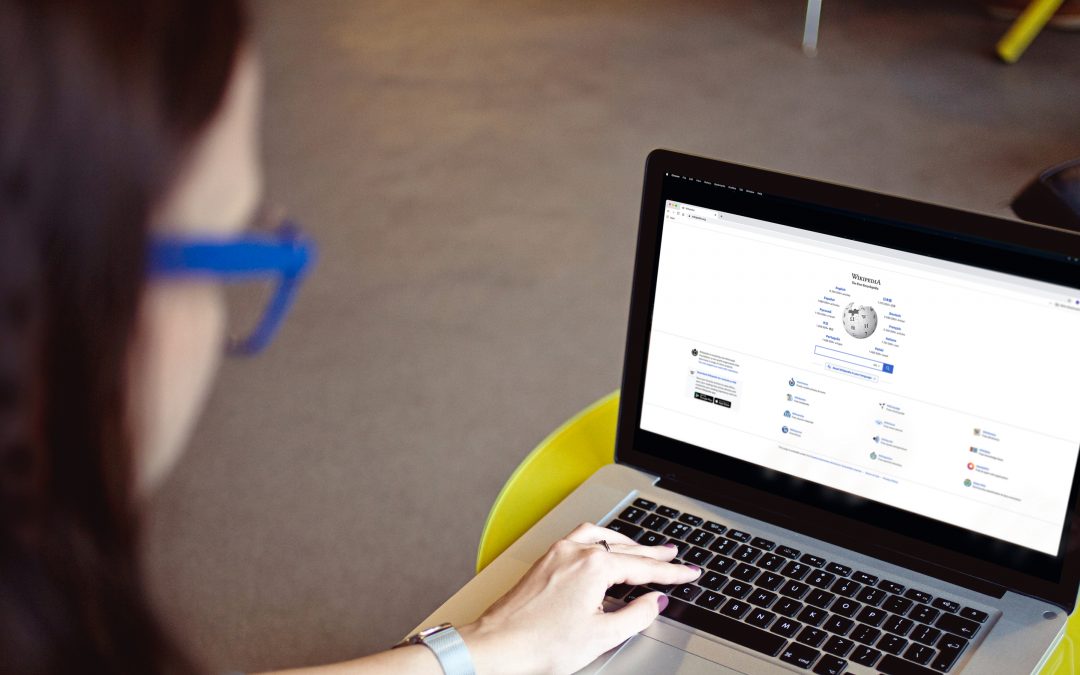 With well over six million articles in the English language alone, the scope and scale of Wikipedia dwarf even the most ambitious hardbound encyclopedias. Over 135,000 active editors make 1.9 edits every second and add an average of 594 new articles every day, tackling everything from hard science to pop culture, mythology, and the arts. In order for a biography to find a home on the site, however, the subject must have what Wikipedia’s editors refer to as an appropriate level of “notability”– a significant, recognized impact on the historical record or within a particular field.

That standard is not always applied equally, however. Due to biases in Wikipedia’s editor base, as well as in the body of source material from which they can pull, biographies on Wikipedia skew heavily toward white men from wealthy, Western countries. That’s an imbalance that Samuel Baltz, a Ph.D. student in the U-M Department of Political Science and the scientific computing program, spent the past year working to rectify.

“If you’re not displaying the field as it exists, you’re reinforcing stereotypes and flawed views.”

“Politics-related pages on Wikipedia get viewed hundreds of millions of times per month,” Baltz says. “It would be hard to find another single source, except for major news outlets, that can claim to have a greater readership on politics and political science. But there are huge problems when it comes to the balance of whose work is cited on those pages. Thirty percent of political scientists are women, for example, but only about 20 percent of the political scientists with articles on Wikipedia are women.

“The way science is written about on Wikipedia can alter the way the public, and even other scientists, understand the field,” Baltz continues. “They have such a huge viewership that what’s written on their site affects things in the real world.”

A Sense of Missingness

The effort to counter systemic bias on Wikipedia is almost as old as the website itself, but the first person Baltz saw take an active role in doing so was Jess Wade, a British physicist at Imperial College London. Beginning in 2018, Wade took it upon herself to write one article about women in science every day for over three years, with the goal of helping to rectify bias on the website and make the impact of women scientists more visible to the public. It was an approach Baltz found both persuasive and inspirational.

“Wade’s argument was, when bias comes in the form of ‘missingness,’ that creates a lack of visible role models,” he explains. “If you’re not displaying the field as it exists, you’re reinforcing stereotypes and flawed views.”

That sense of missingness extends to Baltz’s own field of study.

“Forty years ago, the proportion of women in political science was very near zero,” Baltz says. “In the time sense, the number of men in the field has remained relatively steady, but the number of women has grown. That increasing proportion has not materialized on Wikipedia.”

In addition to simply increasing awareness of the women in the field, shifting the website’s coverage to more accurately reflect that changing balance, Baltz says, can have other real-world effects. Wikipedia is often used to identify expert sources for both news articles and research, so broadening its spotlight brings greater exposure to as-yet unsung voices in the field. 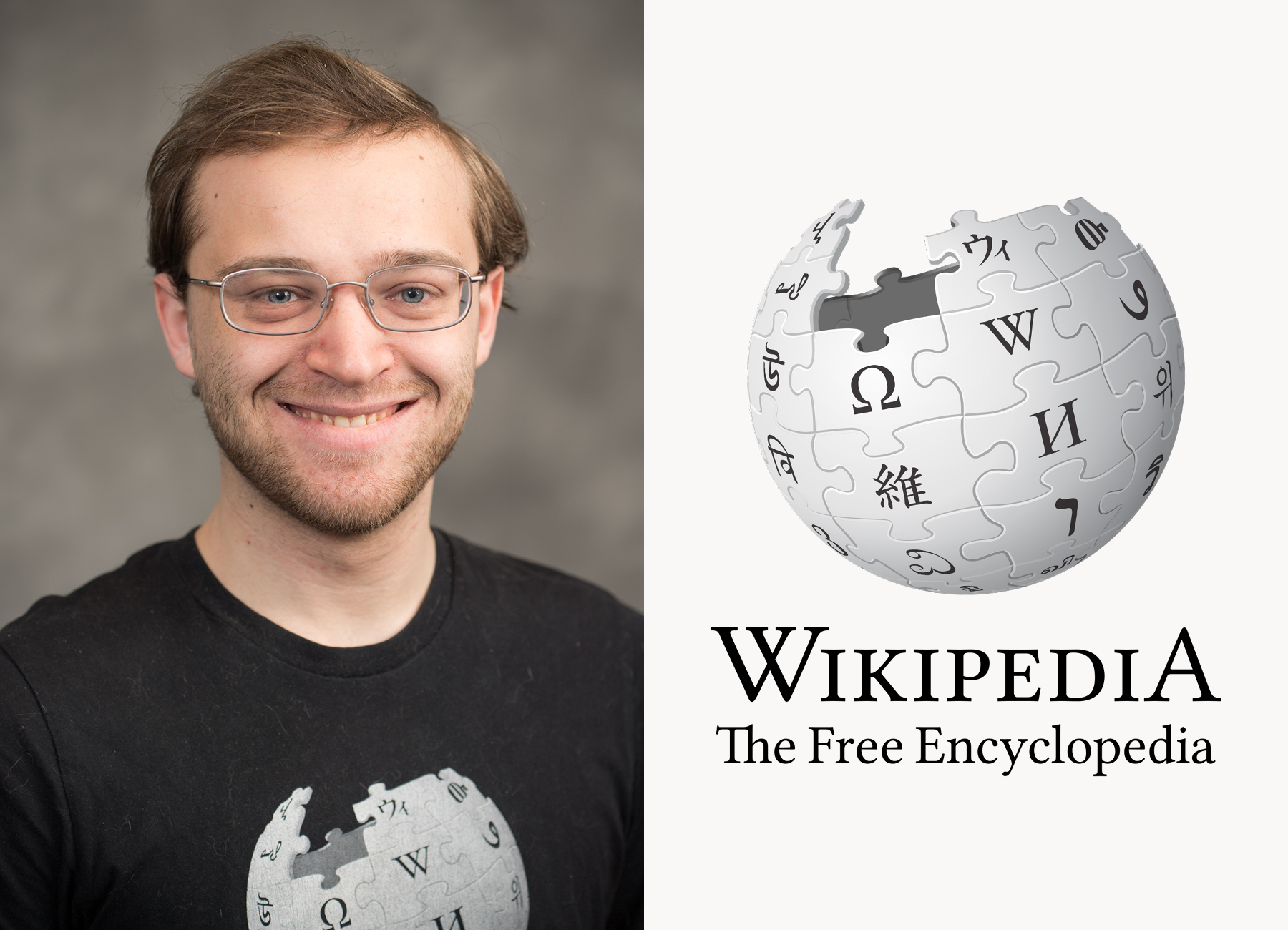 Outside of Baltz’s work with Wikipedia, his doctoral research focuses on how different electoral systems affect election results.

An Article a Day

While Baltz’s interest in writing for Wikipedia had been growing for several years, the realization he was entering his final two years of graduate school spurred him to act on it. Over the course of 2020, he wrote or edited one article about a woman political scientist every day.

“I knew I wouldn’t be able to do anything like Jess Wade had done during the final year of my Ph.D. studies,” Baltz says. “I wrote just shy of 300 new articles, and expanded about 70 more. And in the course of helping to bridge the equity gap, it also happened to be the best literature review I’ve ever done. Just by looking at and writing about all these important scholars, I understand my own field so much better than I did before.”

One of the luminaries Baltz discovered during this process was Louise Overacker, an expert on political parties, lobbying, and campaign finance and one of the founding members of the political science department at Wellesley College. Starting at Stanford University in 1912 a semester behind most of her peers— Overacker was accepted to the university in 1911, but was unable to actually begin her studies because the institution at the time had a strict gender quota, and she had to wait for other women students to drop out—she graduated as one of the first half-dozen women in the country to receive a Ph.D. in political science.

Baltz also discovered a woman who would become his academic idol. Marcia Lynn Whicker began her studies in political science at the University of North Carolina-Chapel Hill in the late 1960s before switching to economics, then going back to political science for her Ph.D., working as a dancer to make ends meet during graduate school. She then served on the faculty of Virginia Commonwealth University, the University of South Carolina, Wayne State University, and Rutgers University, during which time she also pursued an associate’s degree in electronic engineering. Throughout her career, she pioneered the computer modeling of elections, the same subfield to which Baltz has dedicated much of his own scholarship.

“Before doing this, I thought I knew everyone who worked in this area, but I was wrong,” Baltz says. “I had no idea how missing some people could be. That I worked in this discipline for a decade and a half and never knew about a foundational scholar on the topic shows just how easy it is to have important work overlooked.”

Baltz is the recipient of a 2021 Rackham Predoctoral Fellowship. He has also received multiple Rackham Conference Travel Grants, enabling him to attend the Midwest Political Science Association conference in Chicago in 2017 and 2018, as well as the American Political Science Association conference and Conference on Politics and Computational Social Science in Washington, D.C. in 2019. He also appreciates that Rackham allows students to pursue a varied education.

“Rackham is a phenomenal place to do a lot of different things,” he says. “I’ve always tried to be as much of a generalist as possible, and my research sits at the intersection of a lot of different fields. Being at Rackham allowed me to pursue a lot of my interests, including a master’s in mathematics and a certificate in complex systems. I’m grateful to Rackham for giving us access to a lot of different affiliations, classes, and professors.”