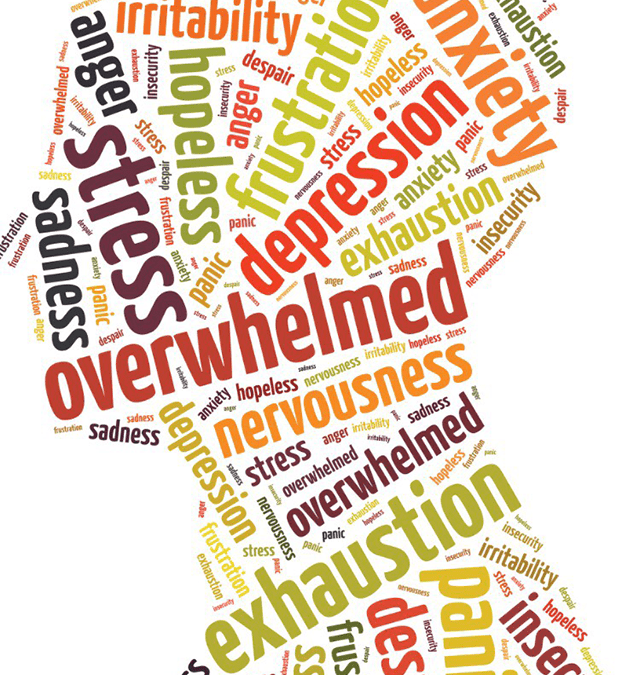 Is academia a contributing factor to mental and emotional health problems? How are universities and their institutional cultures contributing to these issues? Is there space to have these discussions? Who will listen?

In the past year, I have often had these conversations with friends, colleagues, and mentors who have navigated university spaces as students, teachers, and/or administrators. As we shared our experiences, we often talked honestly and openly about the various components of our personal toolkits that allow us to not only survive, but also thrive (yup, it's possible!) while working, living, and learning in these spaces. It became clear that we were all finding ways to cope with competing demands, milestones, and deadlines that continue to exact an isolating psychological, physical, and emotional toll that is unsustainable.

What remains striking to me in these conversations is the cumulative stress, as well as depression and anxiety that graduate students continue to face. We described our need to juggle the triage of research, writing, and teaching while navigating departmental politics and managing prolonged engagements with undergraduates. Some of us noted the very long work hours, lack of sustained mentorship, and unhealthy competitions in potentially supportive professional spaces. Many also described the fears and stress that come with expectations that they adhere to traditional trajectories within academia.

Many aspects of our conversation overlapped with national studies on graduate student health. In a 2009 article in The Chronicle of Higher Education, Piper Fogg notes that graduate students have various mental health problems that predispose them to burnout. Fogg states:

“At the University of Berkeley, 67% of graduate students said they had felt hopeless at least once in the past year; 54% felt so depressed they had a hard time functioning; and nearly 10% said they had considered suicide, a 2004 survey found. By comparison, an estimated 9.5% of American adults suffer from depressive disorders in a given year, according to the National Institute of Mental Health. Meanwhile, nearly a quarter of the graduate students surveyed were not aware of mental health services on the campus. And another Berkeley study recently found that graduate students were becoming increasingly disillusioned with careers in academe and did not view large research institutions as family-friendly workplaces…”

The realities described are not surprising for many of us who have lived and experienced graduate school. It is no new news particularly for those of us spending our young adulthood in strenuous study within the modern research enterprise, which many note, depends on the availability of cheap, but highly-skilled and educated labor.

We know that graduate students are multipurpose actors of the university – first responders, instructors, students, mentors, community leaders, and organizers. What we don't know are the factors that shape their mental and emotional health, and their long-term impacts on their personal and professional development.

These meditations remain relevant as I reminisce on the calamitous 2016-2017 school year when we witnessed a meteoric rise in mental, emotional, and physical violence, particularly against students of color. Alongside increased efforts to discuss and implement measures related to diversity, equity, and inclusion (DEI), many of us also embraced the exhausting and inspiring task of participating in community town halls, diversity workshops, and dialogue sessions to grapple with the prolonged trauma, intense distrust, and deep disconnection that dominated our social and political lives.

They beg several questions: How can graduate and educational institutions improve the mental health of graduate students? Or more profoundly, how do we examine the multidimensional and complex experiences of graduate students beyond conventional indicators of time to candidacy and degree completion?

I do not intend to frame universities or academia as scapegoats for mental health among students. There is great work being done in many parts of the institution to improve graduate student life and the cultures and environments of department and disciplines. Rather, my intent is to shift our attention to concerns that are often silenced. To address the lack of visibility of deteriorating mental health conditions among graduate students and others so that we can leverage the resources and power of key institutional players to tackle these issues.

Our lives and future depend on it.

Importantly, my conversations coupled with these findings reveal the plight of graduate students in the 21st century neoliberal university: it means advocating fiercely for yourself while actively and intensely protecting your holistic health – mind, body, soul, and spirit; it means knowing your worth beyond traditional measures of productivity and success; it means being intentional about forming communities of mutual care and deep support, while seeking help and care when you need it; it means developing an “Out of this World” Ethic of Care that prioritizes your mental, physical, spiritual, emotional, and psychosocial well-being.

It means grabbing your voice.