Home » Discover Rackham » Patterns of Force: Preserving Memories and Finding Justice in the Shadow of the Ukraine War

Patterns of Force: Preserving Memories and Finding Justice in the Shadow of the Ukraine War

As Russia’s invasion of Ukraine continues, sociology Ph.D. candidate Kristin Foringer and a team of U-M researchers are working with the Reckoning Project to collect eyewitness testimonies of the violence—and use them to gather evidence of war crimes. 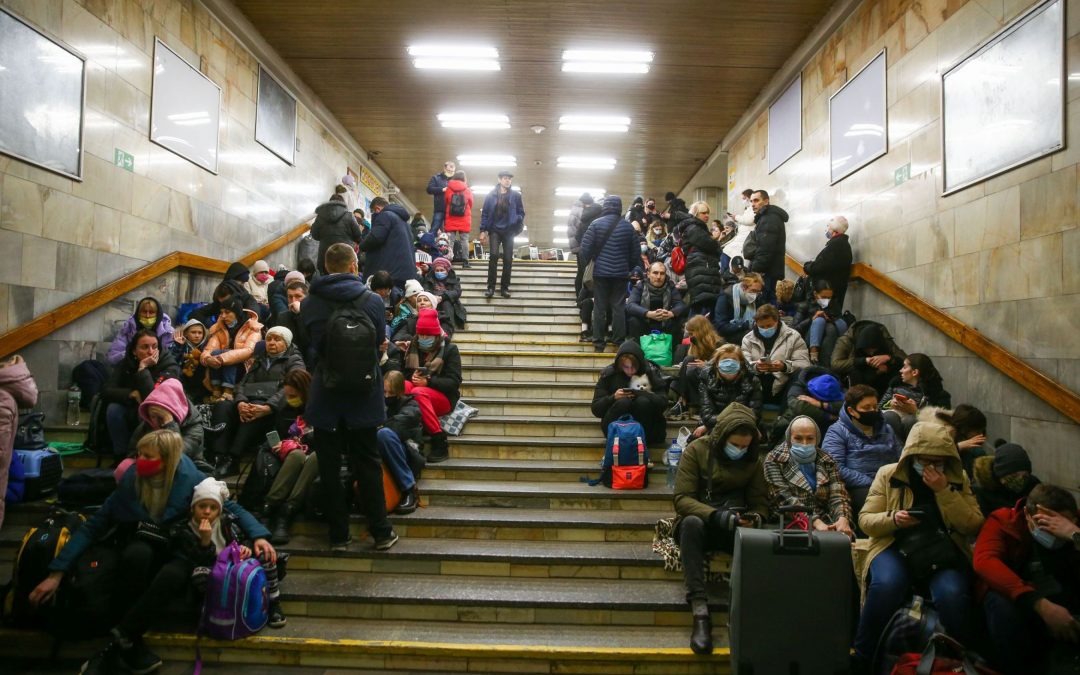 People hide in a Kyiv metro station during the first day of the Russian invasion of Ukraine. Source: Depositphotos

On February 24, 2022, military forces of the Russian Federation launched a full-scale invasion of Ukraine. Advancing infantry battalions, armored divisions, and air support were heralded by a hail of rocket and missile strikes across the country. What Russian President Vladimir Putin initially claimed was a special military operation to “demilitarize and de-Nazify” its former Soviet republic neighbor was quickly revealed for what it was—the first war of conquest in Europe since 1945.

With technical and material aid from a wide swath of the international community, the Ukrainians fought back, battling Russian forces in fierce conflict along the northern, eastern, and southern borders of their country, including at the major cities of Mariupol, Kherson, and Kharkiv. It is the largest war on the continent since the Yugoslav Wars of the 1990s, which were the deadliest since World War II. In November, the United States Joint Chiefs of Staff estimated approximately 240,000 lives have already been lost, both soldiers and civilians.

The cost of war is not solely to be found in casualty lists. The Russian invasion has displaced nearly eight million people from their homes, sparking the largest refugee crisis in Europe since World War II. By March, that number included more than a quarter of the total national population, including half of the nation’s children. And of those displaced, the U.S. Department of State estimates 900,000 were forcibly relocated to Russia, including between 13,000 and 307,000 children.

In response to this military and humanitarian crisis, an international team of journalists, researchers, and lawyers formed the Reckoning Project. The team’s goal is to collect firsthand accounts of the brutalities of the war and ensure those accounts can constitute legal evidence of war crimes as they are committed. In addition to receiving training in legal literacy and fact-gathering, the journalists and researchers who collect narratives for the project also receive trauma and sensitivity training to inform their work.

An expert in the field of collective memory of violent conflict, Geneviève Zubrzycki, a professor in the U-M Department of Sociology and director of the Weiser Center for Europe and Eurasia, was invited to serve on the project’s advisory board.

“When learning more about the Reckoning Project, I realized how much U-M could contribute, and offered to create a U-M team to support its work,” she says. “U-M is an institution committed to both public engagement and justice in its many forms. Having faculty with different expertise who can assist in the project’s objectives to bring to light crimes committed against Ukrainian civilians and eventually bring the perpetrators to justice couldn’t be more important.”

Alongside four U-M faculty members and a project coordinator drawn from recent U-M alumni, Zubrzycki reached out to Rackham and sociology Ph.D. candidate Kristin Foringer, on whose dissertation committee Zubrzycki sits, to serve as the team’s testimony coding supervisor.

“Kristin’s dissertation is on conflicting memories of the violent civil war in Colombia, so she had expertise in similar issues in a different setting, which I thought would be incredibly helpful for the Reckoning Project,” Zubrzycki says. “She’s smart, professional, and a wonderful team player, so I knew she’d make a great addition to the team.” 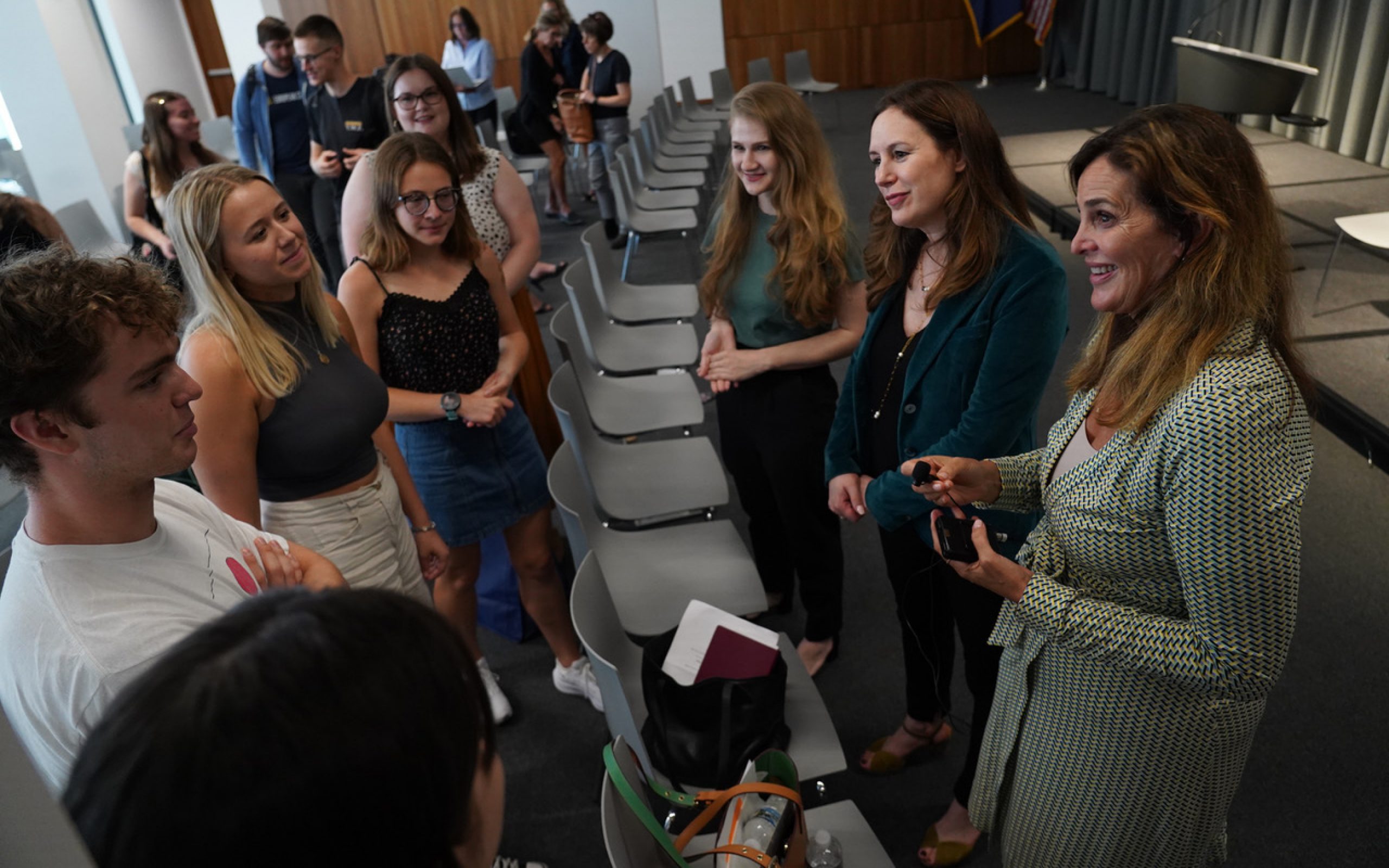 Reckoning with the Data

Drawing on her own expertise in the fields of human rights and collective memory of conflict, Foringer leads a team of three undergraduate students, as well as one Ann Arbor high school student participating in the U-M dual enrollment program, as they codify the accounts collected by the Reckoning Project into useable, searchable data.

Based partly on a United Nations legal framework, Foringer’s team breaks the accounts down into categories—which include forced detention or disappearance, bombing and shelling, torture, and extrajudicial killing—and then looks for patterns in that breakdown that could constitute evidence of intentional, coordinated war crimes or genocide. There are a lot frameworks, she points out, for determining whether mass violence constitutes genocide, such as linking violence or punishment to Ukrainian or other national or ethnic identities.

“We’re looking for patterns in what the perpetrators are saying to their victims, in how they’re operating,” Foringer says. “It’s all part of trying to identify broader patterns within what could be Russia’s genocidal mission. It’s a big deal from the legal perspective to prove intent and coordination in how these crimes are being carried out. The point of processing these unique testimonies through this categorical system is to be able to take a step back and look at patterns on a basic level.”

After working out their processes for receiving and cataloging the accounts, Foringer’s team has gone through 28 narratives so far, with a goal of processing around 100 more during the spring 2023 term. Their hope is that the collected evidence will be used to prosecute war crimes in the Ukrainian courts, the court systems of other countries around the world, and even the International Criminal Court in the Netherlands.

What distinguishes the Ukraine War from other conflicts in terms of the scope of the project, Foringer says, is the volume of video footage and social media content being captured by ordinary civilians on the ground, all of which can be more readily accessed online than ever before. 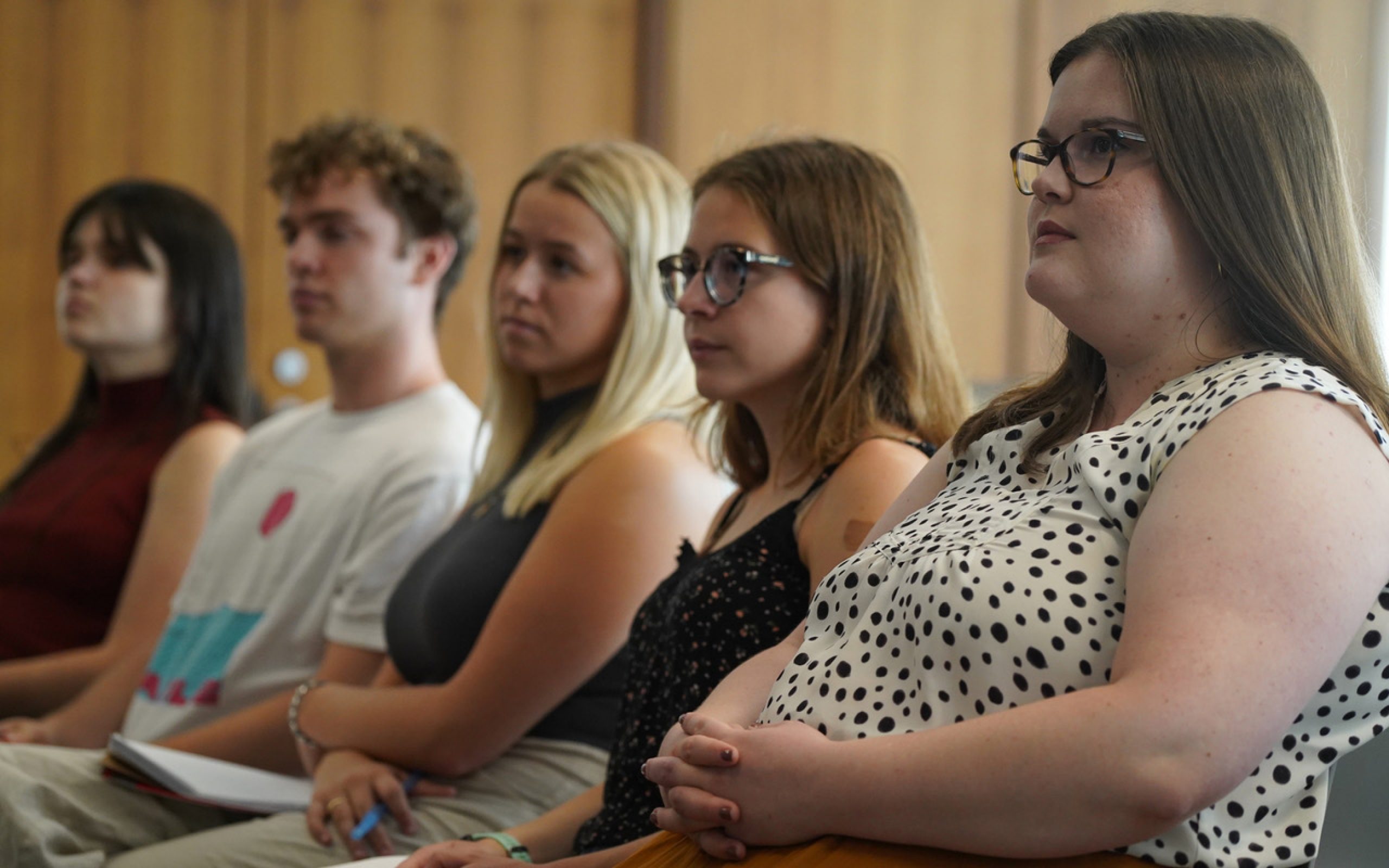 “These are eyewitness testimonies; there’s no redaction of the really, actually horrific elements of war,” she says. “I think what’s been the most haunting is the fact that these stories are so fragmented, and we’re trying to put the pieces together. They’re fragmented because the people telling them are traumatized. For example, a woman recounting an event will mention cleaning up blood afterward, or someone will distinctly remember the sound of their neighbor crying. These are details we don’t see when we pick up a newspaper—they don’t make it to the headlines. They’re really personal encounters with violence.”

Being part of an academic team responding to a global crisis in real time has not only given Foringer a greater sense of responsibility—to her work, her team, and the people both serve—but also has made her a better scholar in her own research.

“I have a greater appreciation for the complexity of dealing with real stories of violence,” she says. “I’m a level removed from that in my dissertation work—I’m talking to the people who talk to the people who experienced it—but I’m closer to it here. It’s made me humanize my own work a bit more. Just seeing the volume of ordinary people impacted by violence in Ukraine, I know that’s the basis of my work in Colombia, too.”

Foringer is a recipient of a Rackham international travel award, which supported her doctoral research in Colombia. She received a Rackham conference travel grant to attend the Conflict Research Society Conference in Belfast, Northern Ireland, in 2022, where she presented part of her dissertation work. She is also a participant in the Rackham Doctoral Intern Fellowship program, working with the U-M Center for Social Solutions.