Rackham Alumni Look Forward to the Future of Graduate Education 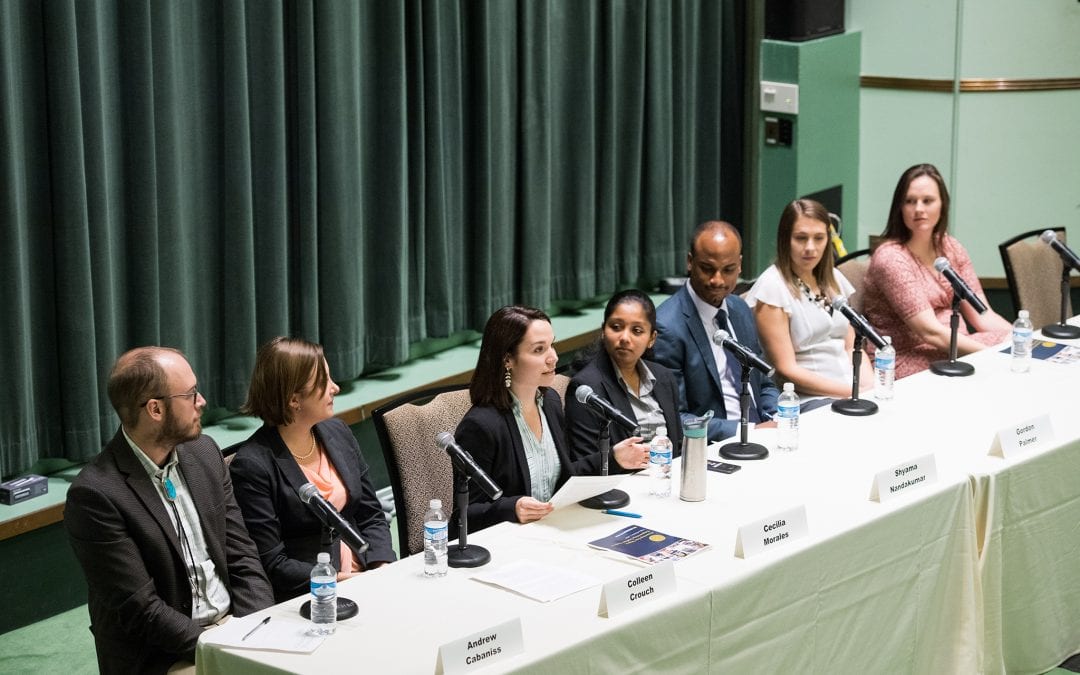 Cecelia Morales, Ph.D. Candidate in English Language and Literature, along with six other Rackham students, presented a brief summary of her research to panel’s attendees.

In early October, alumni, donors, and friends of the Rackham Graduate School gathered for this year’s graduate student panel discussion. Titled, “Graduate Research in the Third Century,” the panel included Ph.D. candidates and postdoctoral fellows from a variety of backgrounds and areas of study whose research is having an impact on populations across the country.

During this panel, students were able to present their research and to field questions from the audience. Attendees were eager to learn more and continued the conversations well into the luncheon that followed.

Below, you’ll see a glimpse of the panel and the connections that were fostered, as well as a brief summary of each of the panelists’ research. 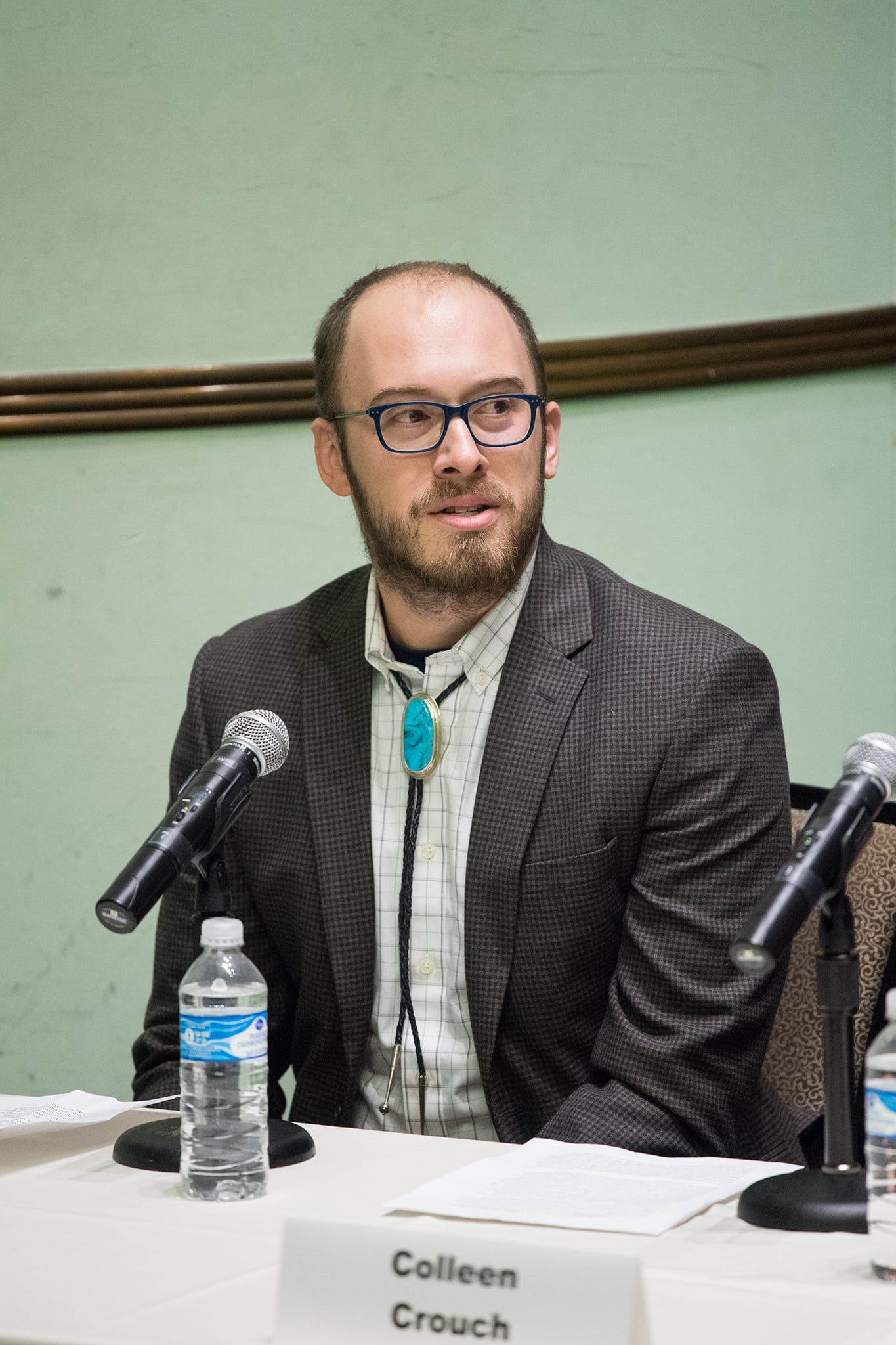 Cities behave like stars, as cities that grow in population size become more spatially efficient and more productive per capita. Yet they also behave like weather, in that their chaotic behavior makes understanding their complexity challenging. Andrew’s work focuses on the interface between the household choices of how and where families live and the large scale impacts these choices have on urban and rural communities.

By studying cities in the past, it is possible to view the long-term effects of these choices in aggregate and build models that can be applied to current cities. Ancient Greece provides a testbed for these ideas because of the long history of scholarship, the number of excavated houses that provide information about past daily lives, and the importance of cities in the cultural geography of the Aegean. His current project focuses on three regional case studies where it is possible to track the movements of ways of life and people across the landscape over several centuries, paving the way for future studies of urban growth and decline. 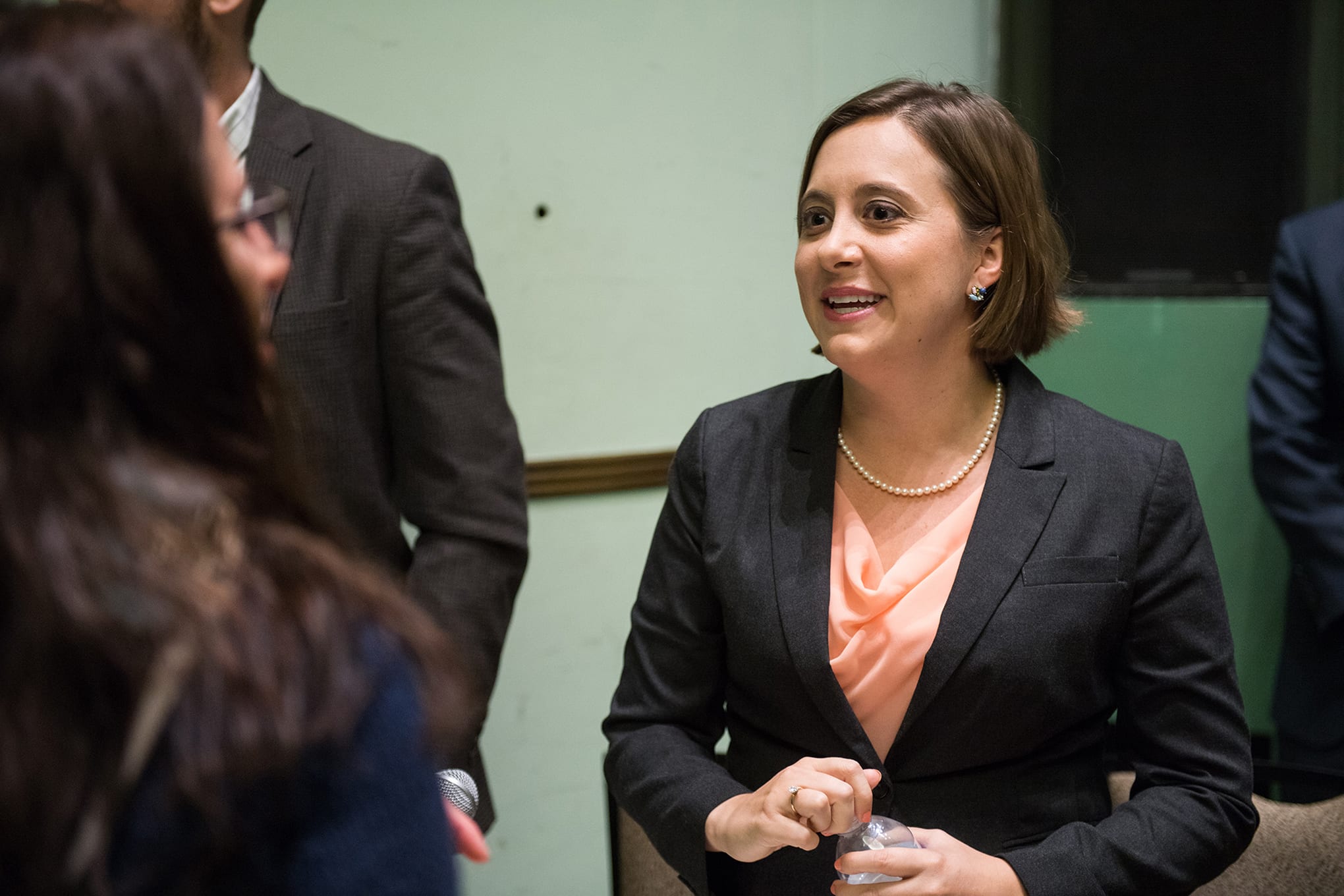 Hippocrates in 370 BC made the first recorded mention of the use of heat as a therapeutic. To this day, the effect of temperature on the body is of interest to clinicians, athletes, researchers, and perhaps anyone that has to live through Georgia summers or Michigan winters. The body maintains temperature homeostasis by the process of thermoregulation. The body’s ability to thermoregulate is an important coping mechanism to withstand various physiological states and environmental exposures. The cardiovascular (CV) system plays a vital role in thermoregulation because of its influence on heat transfer via forced convection and conduction by changes in blood distribution, blood velocity, and proximity of tissues. It remains unclear how the allocation of blood in various compartments (e.g., core, fat, muscle, and skin) changes with temperature. Challenges in measuring core vasculature have resulted in a lack of empirical information regarding how it might change with core temperature. Therefore, to fully understand the CV system’s role in thermoregulation, Colleen uses murine models and magnetic resonance imaging to study the effect of temperature on core vasculature. The overall purpose of Colleen’s research is to provide a novel and physiologically accurate approach to studying thermoregulation by incorporating structural and functional changes in the CV system occurring in the core. This research can help researchers, clinicians, and others interested in temperature’s effect to better model and predict cardiovascular outcomes. 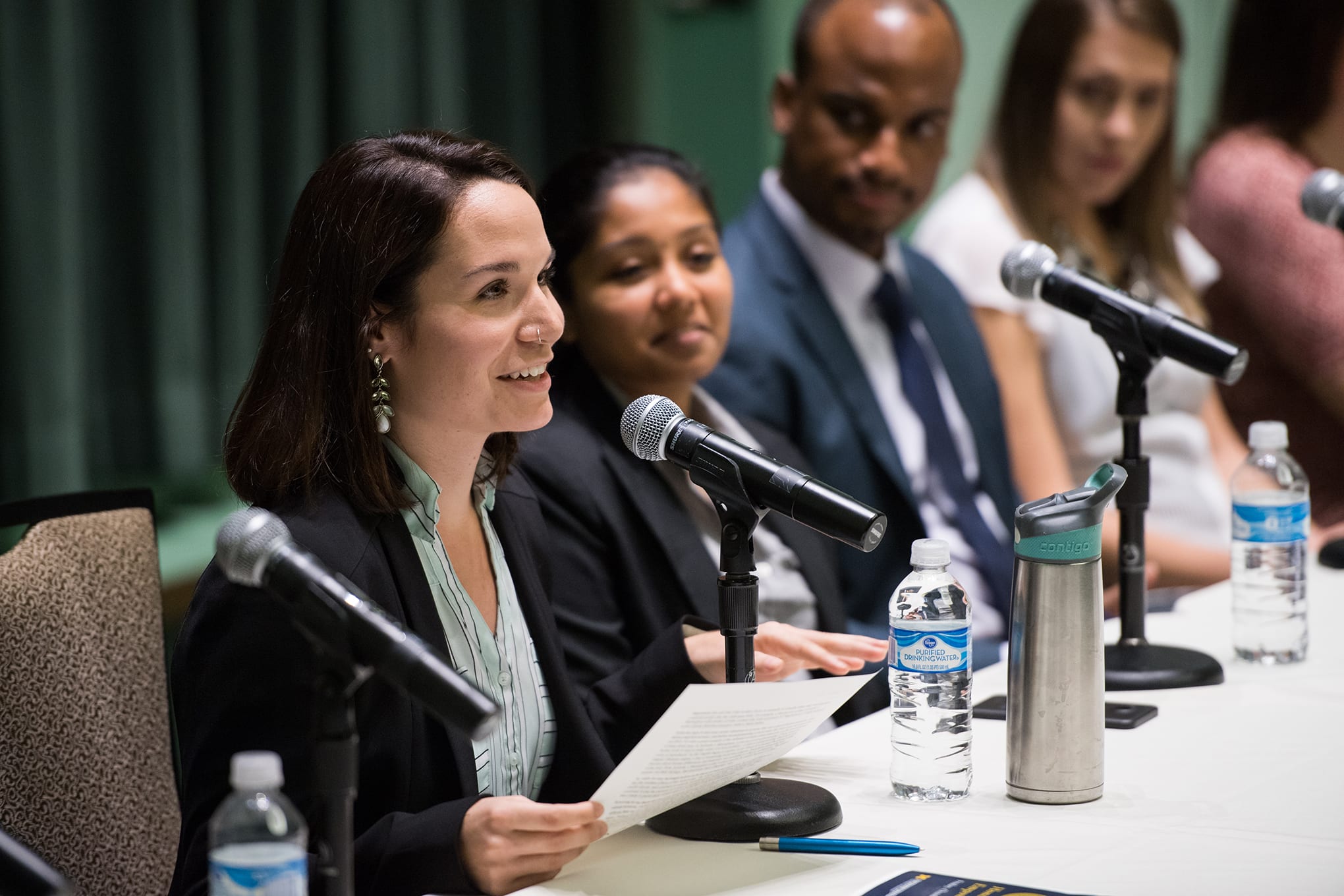 In seventeenth-century England, women’s bodies and reproductive capacities were frequently at the center of large-scale political events and conversations. In a practical sense, the need to establish and maintain social hierarchies built on patriarchal lineages depended on controlling women’s sexual practices. Paradoxically, this predicament also ensured mothers powerful roles in English society. As a result, literary and non-literary texts alike portrayed mothers in profoundly ambivalent ways; mothers could be vilified, satirized, idealized, or glorified. When mothers or references to maternity appear in literature, then, the way in which they are depicted can shape the readers’ or audiences’ overall attitude towards a text’s subject matter. Informed by feminist theory, critical race theory, and queer theory, Cecilia demonstrates the role of maternity in shaping broad cultural values in the seventeenth century, including religious norms, racial paradigms, or sexual stereotypes. She traces the rhetorical function of maternity during a pivotal century in English history – a century that witnessed the residual effects of the Protestant Reformation, the English Civil War, and the beginnings of English colonial expansion and the Transatlantic Slave Trade. Thus, Cecilia’s work posits the centrality of maternity and maternal bodies to historical events that continue to have a global impact today. 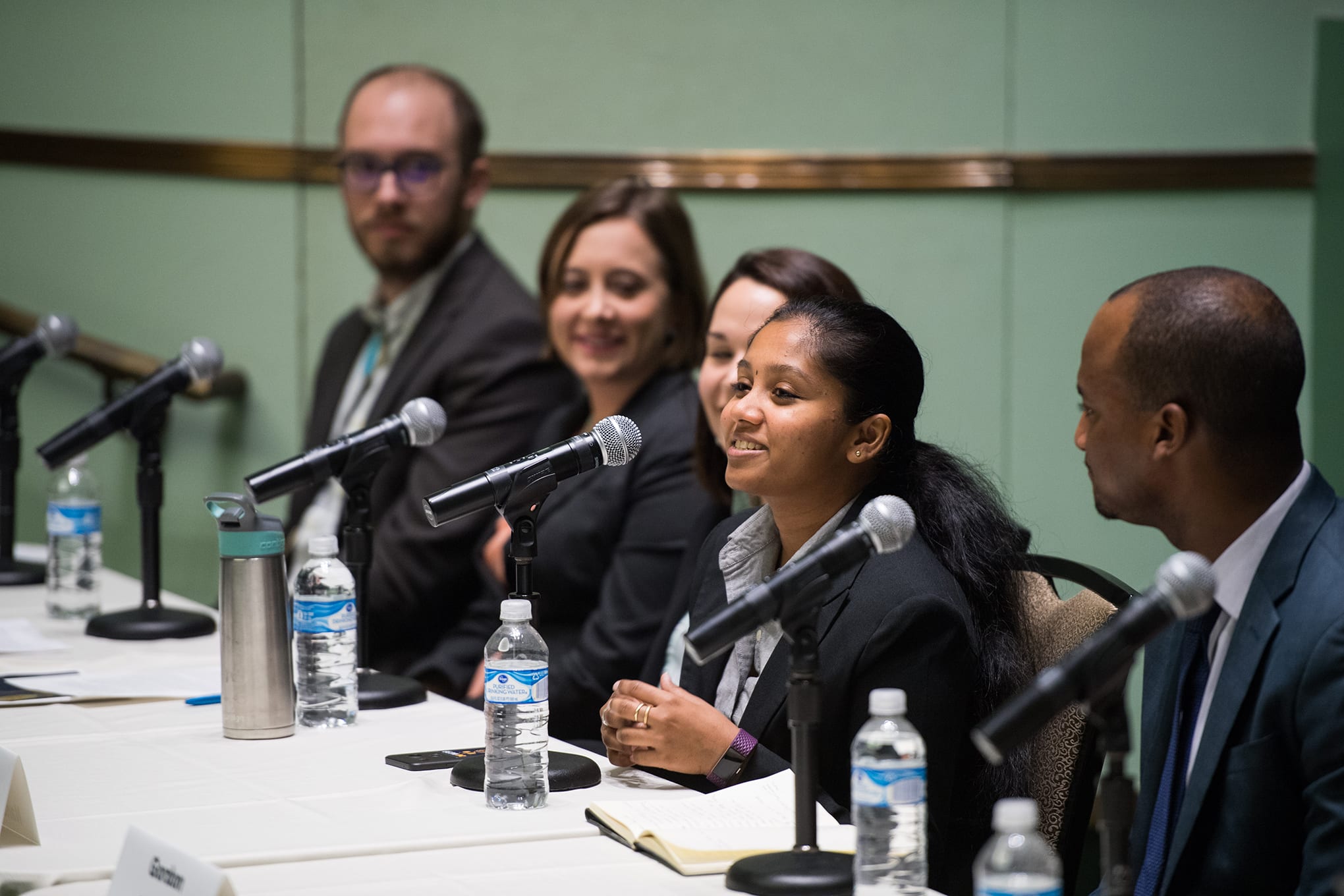 Shyama uses the fruit fly as a model organism to study when and how cells in the brain stop dividing during development, and what happens when the non-dividing or postmitotic state of cells in the brain becomes compromised with age. This work is important because a compromised postmitotic state that sometimes occurs with age can lead to disease states such as cancer and neurodegeneration. Shyama recently presented her work at the Polyploidy in Organ Development, Repair, and Disease Conference, and her talk was titled “Polyploidy in the adult Drosophila/em> brain.” 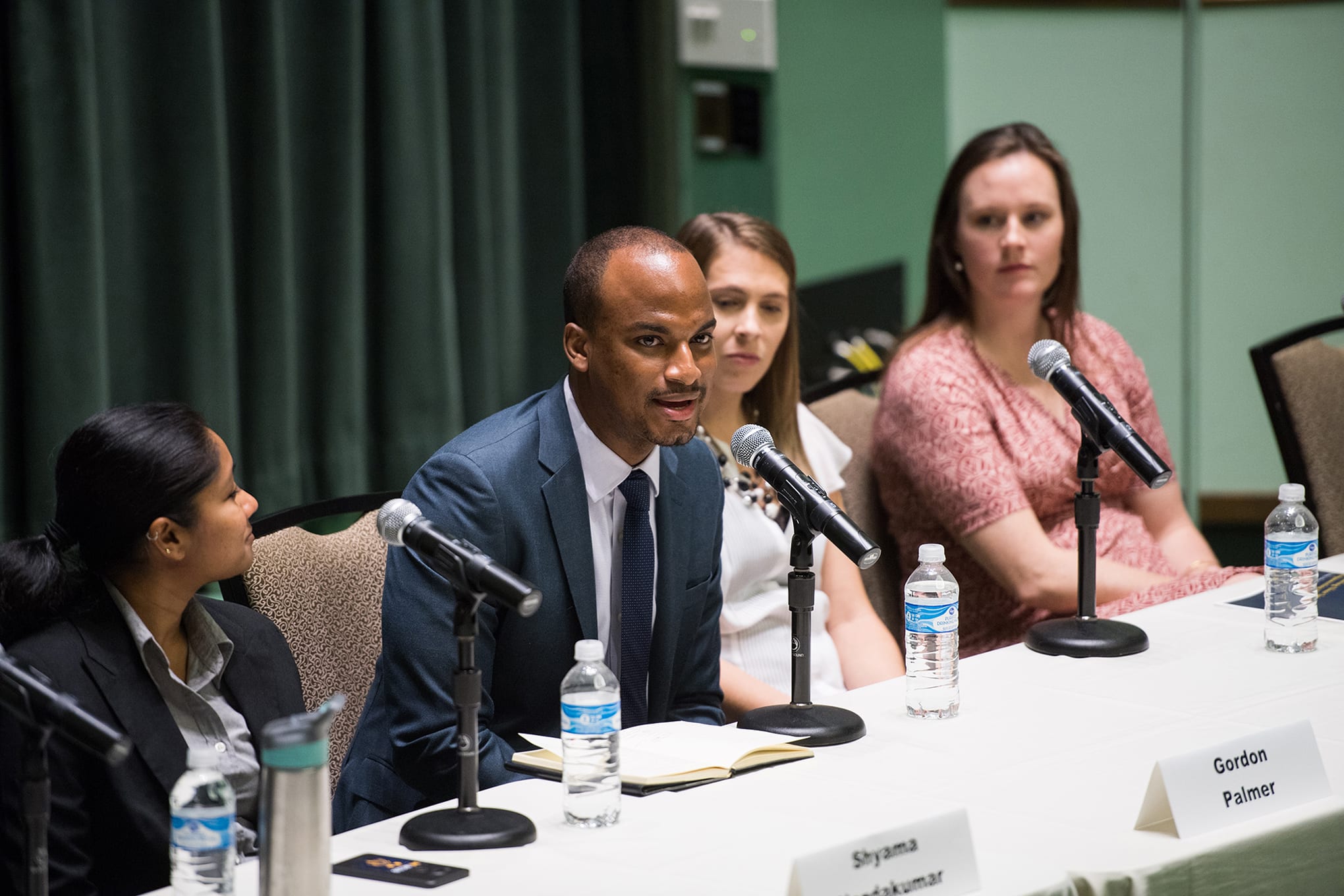 Spirituality and religiosity are core cultural systems in the lives of many Americans. Yet, we know little about the ways that these ideological systems impact the sociopolitical development of individuals inside and outside of higher education. We also know little about how religiosity and spirituality shape civic consciousness and sociopolitical activism as individuals contend with everyday injustice. Gordon’s work addresses these gaps by asking the following questions: 1. How do people’s spiritual and religious beliefs inform their desire to meaningfully connect with others? and 2. How do those beliefs and deep connections in their quest to dismantle unjust power systems affect their active pursuit of a just social order? His work examines how spirituality and the pursuit of connection and justice evolve as people confront the reality of injustice. Further, Gordon is especially interested in how higher-educational settings serve as sites in which spirituality and sociopolitical development intersect. 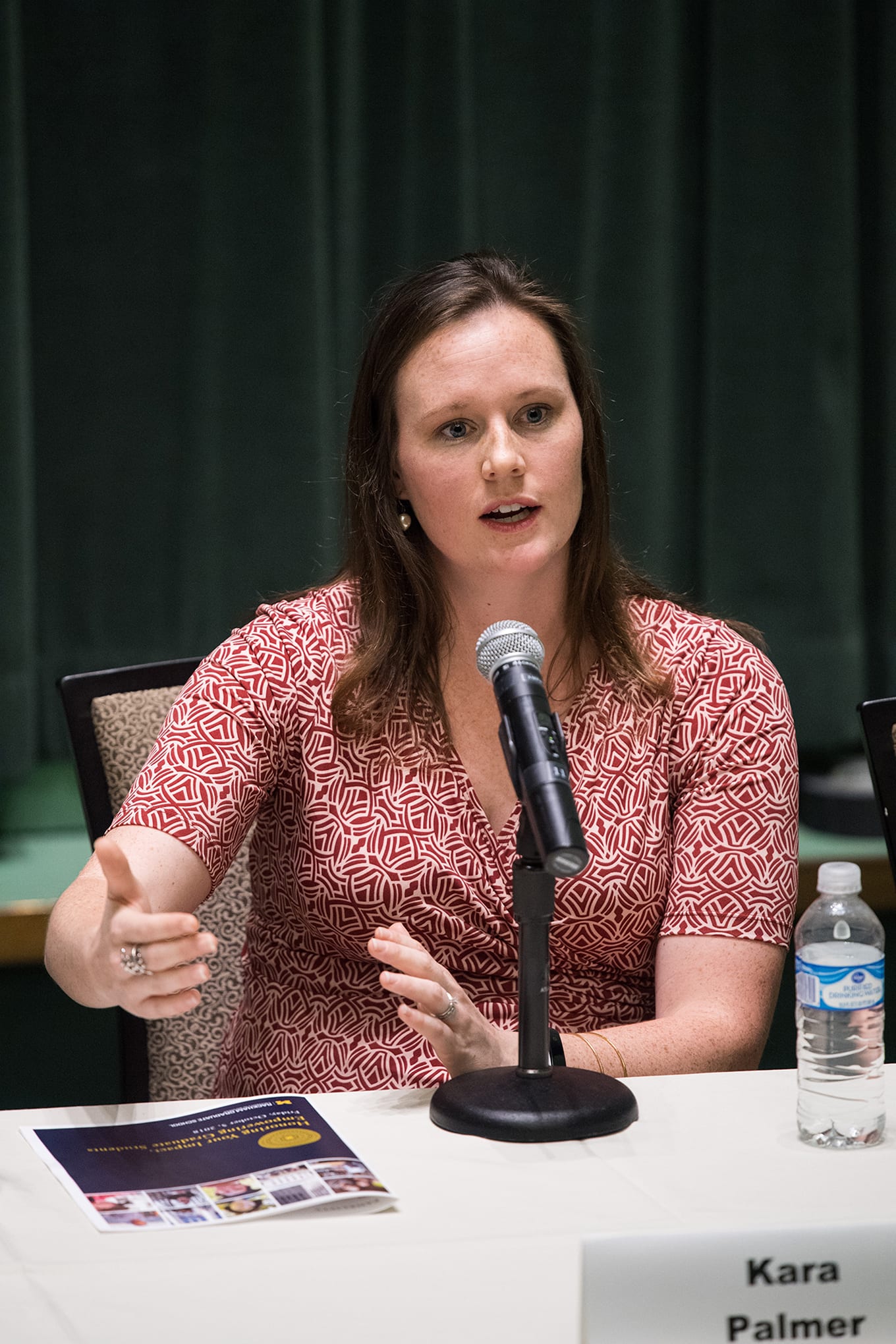 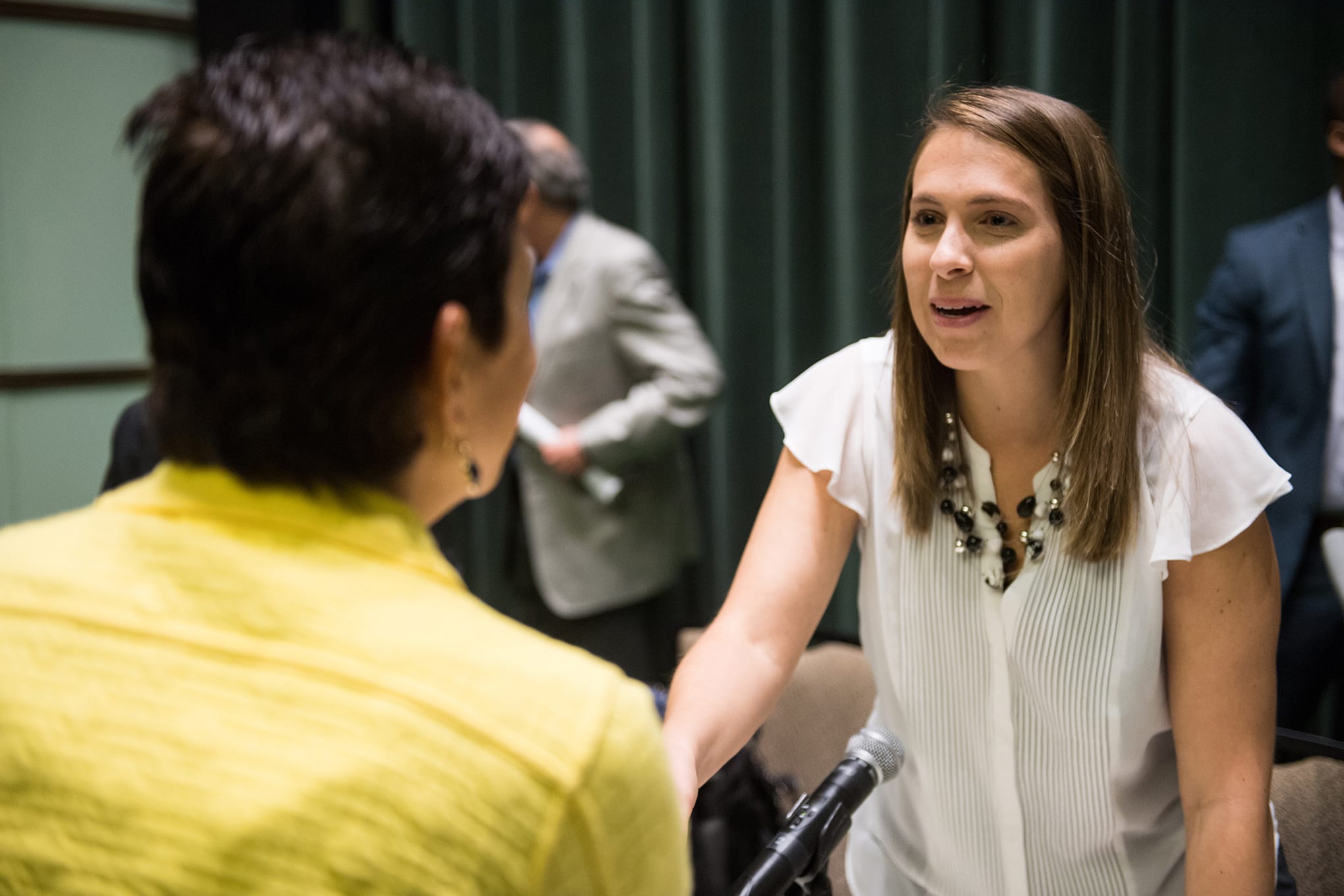 As a society, we have historically viewed adolescence as a time of stress and youth as problems to be dealt with—how can we keep them out of trouble? What do we do when they eventually rebel? Carissa Schmidt’s research aims to change this misconception regarding adolescence. She believes that by showing today’s young people that they’re valued as individuals with unique thoughts, feelings, and opinions, rather than as problems, we can encourage positive development and provide more than adequate opportunities for growth. Therefore, Carissa is dedicated to studying the role of mattering, or how valued and important a person feels they are to those closest to them and to society as a whole, on adolescents’ ability to thrive.