In a new article, Rackham and political science Ph.D. candidate Megan Ryan breaks down the causes and significance of the recent military coup in the Southeast Asian nation. 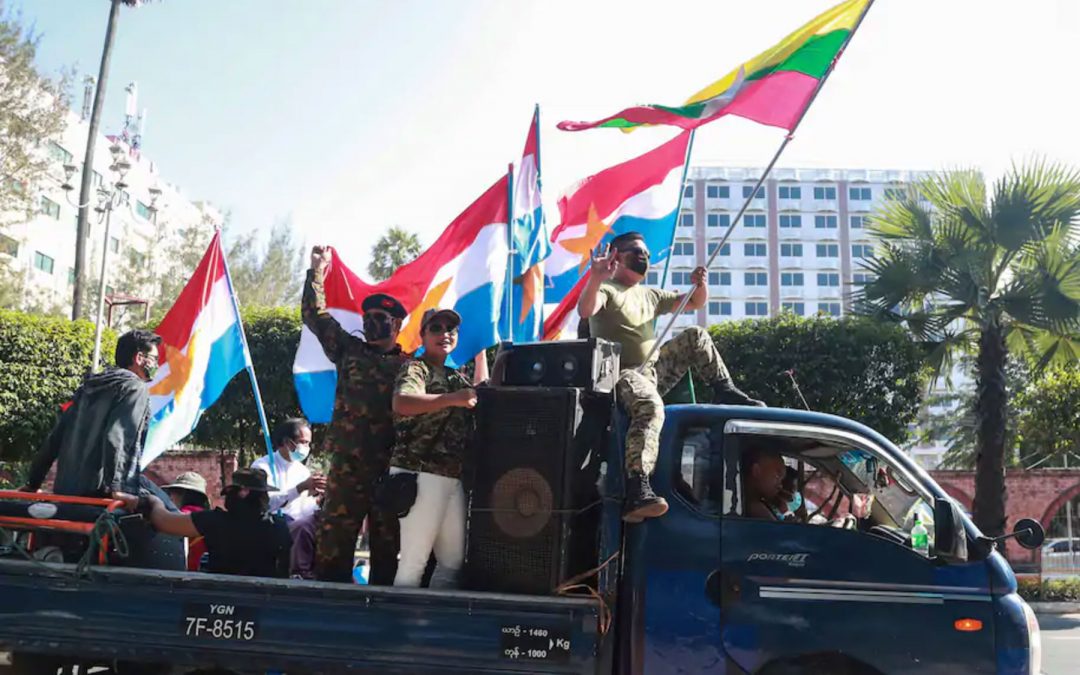 On February 1, the military of Myanmar declared a one-year state of emergency, detaining numerous political leaders and placing hundreds of legislators under house arrest.

In a new article in the Washington Post, Megan Ryan, a Ph.D. candidate in the U-M Department of Political Science, takes a look at the forces that drove the coup and what it means for the country going forward. She and coauthor Darin Self, a doctoral candidate at Cornell University, pay particular attention to the unique circumstances present in Myanmar’s limited democracy, particularly the intimate role its military, called the Tatmadaw, plays in its political system.

“When the Tatmadaw wrote the 2008 constitution and allowed free and fair elections in 2015, the prospect for reaching a consolidated democracy was uncertain,” they write. “The military bounded democratization by crafting a constitution to retain military control over three ministries integral to governance and security: Home Affairs, Defense, and Border Affairs. It also guaranteed that 25 percent of parliamentary seats would be unelected and reserved for military members, giving the Tatmadaw an effective veto over constitutional change.”