Refined Tastes: Are Some Foods Addictive?

Ph.D. candidate Erica Schulte explores the possibility that, for some, foods highly processed to be irresistible might be exactly that. 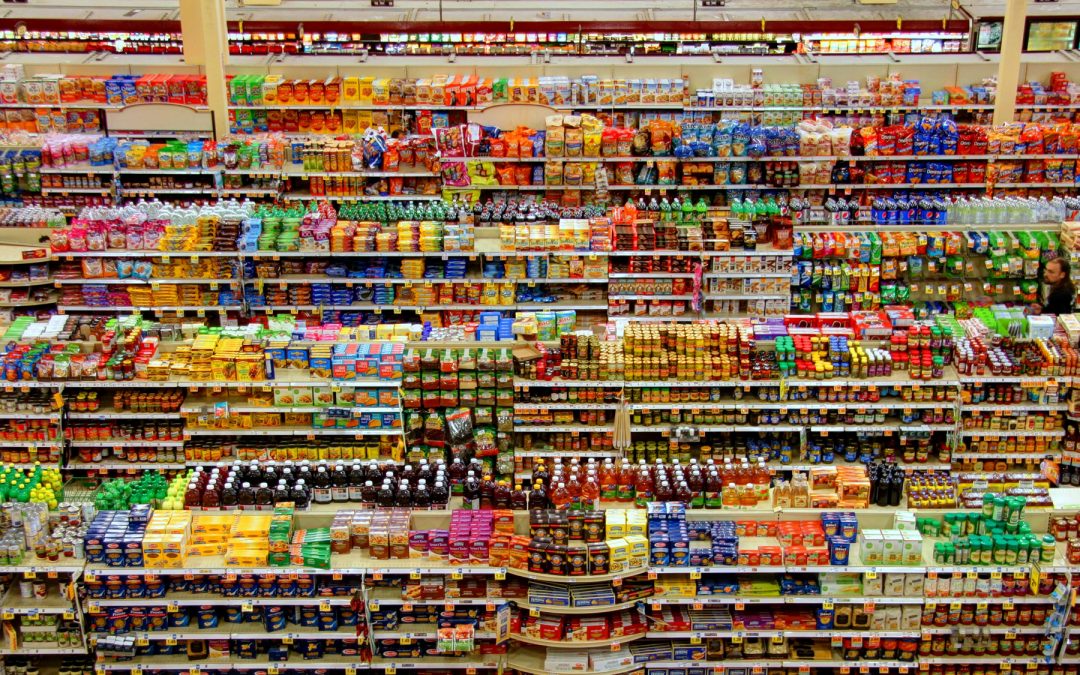 When we speak about food, we often borrow terms from the lexicon of addiction. We say that we can’t help ourselves when we’re around a cookie tray or a dessert menu, that we open a bag of chips and eat them compulsively, that going to the movies triggers a craving for buttered popcorn or even more indulgent treats from the lobby, and that—yes—we’re positively addicted to a certain snack or drink. Even though speaking about our relationships to certain foods in this way feels natural enough, thinking about these foods in the same way as substances that are more commonly understood to be addictive may not.

But why not? That question first caught the attention of clinical psychology Ph.D. candidate Erica Schulte (M.S. ’15) when she was pursuing a research topic as an undergraduate at the University of Kansas.

“I found a research group that was doing some neuroimaging research, looking at reward processes of the brain,” she says. “The specific study was recruiting individuals who either had binge-eating disorder or were smokers, and they were both completing the exact same task. I was essentially interested in this overlap between eating problems and addictive disorders, and clearly the researchers felt that there was something going on where there were shared mechanisms.”

The study involved the Yale Food Addiction Scale (YFAS), a model that adapts the diagnostic criteria for substance-use disorders to apply to addiction-like consumption of foods, and which was developed in part by U-M Associate Professor of Psychology Ashley Gearhardt. That ultimately led Schulte to pursue her doctoral training at Michigan to work with Gearhardt and look into not only the underlying mechanisms that are similar between eating-related problems and addiction, but also the types of foods that might be especially rewarding or addictive.

For her master’s thesis, Schulte used the YFAS and asked people to look at 34 nutritionally diverse foods, everything from fruits and vegetables to steak and nuts to fries, ice cream, and the typical junk foods. For each, she had subjects rate feelings like loss of control, negative consequences, and withdrawal.

One of the reasons, Schulte says, is a combination unique to foods that have been created to be especially rewarding: They are high in both fat and refined carbohydrates. The other reason has to do with how our body breaks down these processed foods.

“There are no foods that are naturally high both in refined carbs, such as white flour or sugar, and fat,” she says. “And if we look at the pharmacokinetic properties that make drugs addictive, it’s the dose and it’s the rate of absorption. These highly processed junk foods have a higher dose of fat and/or refined carbohydrates, and it hits your system quicker, because the naturally occurring foods have things like fiber and water that slow down the absorption of sugar. With the sugar in a chocolate bar, there are really no protective ingredients slowing that down. It’s just hitting your system, and it’s coupled with fat.”

How Rackham Helps
Schulte says she’s taken advantage of Rackham Conference Travel Grants to present her work both domestically and abroad. In addition, a Rackham Graduate Student Research Grant provided her the necessary support to be able to do her FMRI study. “The funding has been instrumental in my ability to conduct and disseminate this research. That is something that’s unique to Michigan and was a really big attraction for me to come do my training here.”

As part of her dissertation work, Schulte has found that some individuals don’t report even liking these foods or having an intention to consume them. This could suggest that their physiology makes them more prone to their behavior.

“We did an FMRI [functional magnetic resonance imaging] study with women with obesity, half of whom met food-addiction criteria,” she says. “When we showed images of junk food to the women with food addiction, the region in their brains that’s associated with habitual craving and compulsive use lit up. So there’s a parallel on a neural level between needing the reward that’s really interesting—that there’s a compulsive drive that’s independent of simply liking these foods.”

Schulte says this aligns with what many patients tell her through her clinical work in weight management. In some instances, these are people who are trying to lose weight, who are paying a lot of money to go to a clinic and learn how to eat better and exercise effectively. Yet Schulte estimates that a quarter to a third of them use language rooted in addiction terminology when they relay their struggles. In fact, she says, people in the general public seem more open at this point to accepting the notion of certain foods being addictive than those in the academic community.

“I think that bodes well for the clinical usefulness of continuing to study this,” she says.

Food addiction is not a disorder currently recognized by the American Psychiatric Association. “Although the YFAS is not sufficient evidence that ‘food addiction’ exists,” Gearhardt and her colleague, Adrian Meule, concluded in a paper released five years after the scale was introduced, “it does provide a standardized tool to identify individuals who are the most likely to be experiencing an addictive response to food.”

Schulte thinks that’s important, and that one of the things that this type of research has the potential to impact most is treatment and public policy. According to the Centers for Disease Control, 78 million American adults and 12 million children are obese, increasing their risk for developing heart disease, type 2 diabetes, and cancer. One of the most important changes Schulte hopes to see come out of her work is in the way these foods are marketed toward children “at a time when their brains are really susceptible to the rewarding potential of these foods.” As for the argument over whether food addiction is technically separate from other eating disorders, Schulte has turned her attention to a phenomenon specific to addiction.

“I just developed a scale to look at physical and psychological symptoms of withdrawal when people cut down on junk food,” she says. “We found not only similar symptoms but a similar time-course where those symptoms seems to peak between days two and five when people are trying to cut down, and then dissipate. That parallels what we’ve seen with drug withdrawal, so that’s pretty exciting.”