Rackham political science alumna and Barbour Scholarship recipient Mervat Hatem has dedicated her career to understanding the complex political realities that shape the world around us. Through a generous gift to Rackham, she’s working to ensure a new generation of scholars can follow in her footsteps. 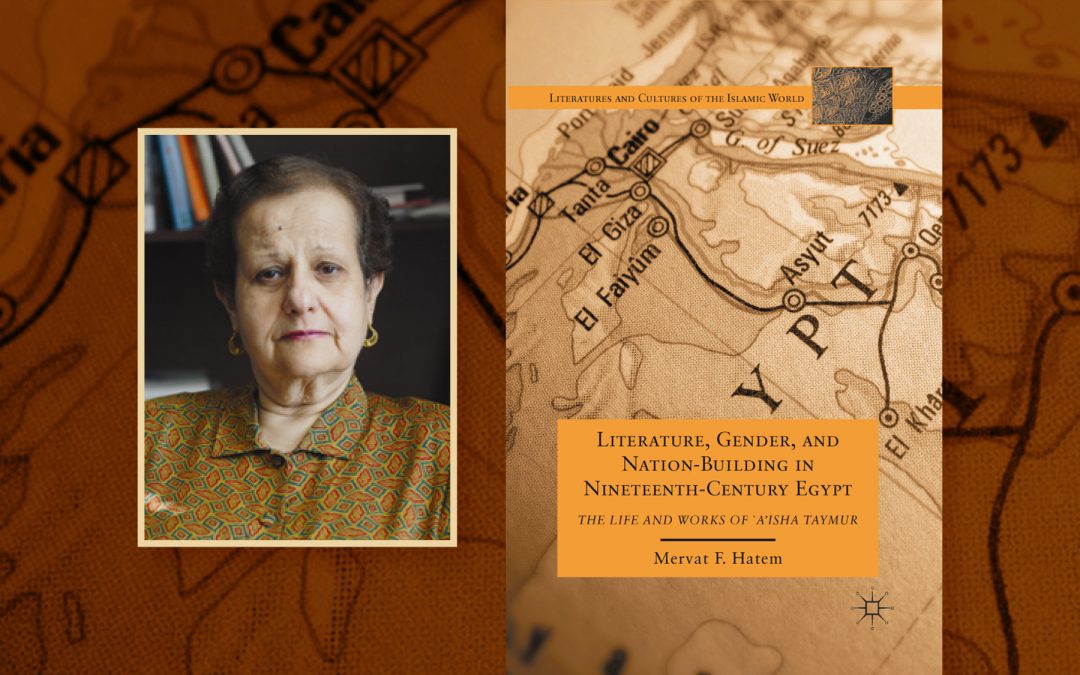 Mervat Hatem (M.A. ’76, Ph.D. ’82) began her career in political science in a period of political turmoil. Listening to her parents discussing politics at their home in Egypt in the 1950s and 1960s aroused a curiosity about how these complex systems and events, which have shaped and continue to shape countless lives, worked.

Shortly after beginning her undergraduate studies at the American University in Cairo (AUC), Hatem gained an early, dramatic lesson in the impact politics can have on everyday life. In 1967, war broke out between Israel and a coalition of Arab states including Egypt, Syria, and Jordan. Though the Six-Day War was short-lived, its consequences would shape the direction of Hatem’s entire career.

As the United States was allied with Israel during the conflict, the Egyptian government responded by cutting diplomatic ties with the U.S. That included sequestering American institutions like AUC, which meant degrees granted by the university during that time were not recognized as valid by the Egyptian government. Unable to pursue graduate studies in her home country, and unable to apply to many universities abroad due to her degree’s lack of government recognition, Hatem had one direction in which to continue her academic pursuits.

“The only way to pursue a graduate education was to come to the U.S.,” she says. “I wanted to be able to engage in a political understanding of all these complicated, interwoven subjects that shaped events, like international relations and the comparative politics of different countries. I was willing to go where I had to for that to happen. A professor of mine suggested I come to Michigan, so Michigan was where I went.”

If her choices were constrained by circumstances beyond her control, she also notes that they led to positive outcomes. Her new department had been home to a scholarly movement that altered the entire field of political science.

As a graduate student, Hatem wrote her dissertation on the political economy of the international system that led to the rise of international organizations like the League of Nations and the United Nations.

Upon her graduation, Hatem joined the faculty of the Department of Political Science at Howard University, where she has continued to explore the factors that shape political systems around the world. Much of her recent work has focused on the role of gender in the formation, function, and very identity of both authoritarian and democratic governments across the Middle East.

“I define politics very broadly to include all sorts of state and non-state policy activities that shaped roles that women and men played as citizens,” she says. “The roles emphasized for women—whether pursuing education and holding jobs as concrete policy measures identified with its progressive and decolonizing politics, or staying in the home for child and family care and domestic duties as a return to traditional values—play a major part in how political movements attempt to take, hold, and wield power. And the roles women in those societies choose to take impact their success in many ways.”

The friction between these roles, she notes, played out in significant ways in the political contests between Egypt’s authoritarian government and the forces of political Islam that were on the rise until 2013, when the military and its secular allies forced a return to a more authoritarian state.

Retiring in 2017, Hatem now wants to see a new generation of scholars continue her work. She is in the process of establishing an international fellowship to support graduate students from the Middle East at U-M who are engaged in multidisciplinary social science research on gender and politics in the region.

“Support for students from the Middle East is not something you encounter at very many academic institutions,” she says. “I continue to appreciate the education I received at Michigan, as well as the support of the Barbour Scholarship. I want to make sure that continues to be available to men and women like me. I have spent most of my professional life on the study of gender and politics in this region, and I want to see that work continue.”