The Golden Goose Award is given in recognition of basic research that led to innovations to improve people's lives. 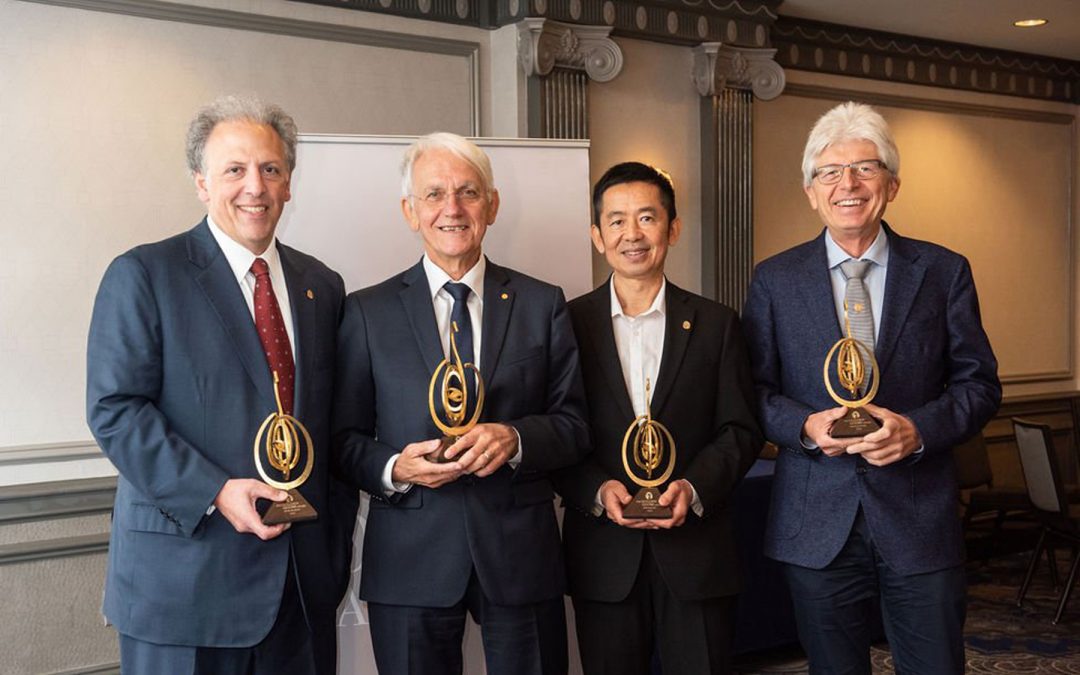 Since it was established in 2012, the Golden Goose Award is given annually to three researchers or research teams whose federally funded basic research led to discoveries and innovations that directly improve people’s lives.

In 1993, Du was one of several graduate students working in the Center for Ultrafast Optical Science (CUOS) in the U-M College of Engineering. One day while aligning the mirrors for a laser, Du accidentally lifted his safety goggles and experienced a bright flash from a stray femtosecond infrared beam.

While he experienced no visual obstructions, Du knew better than to ignore what happened. An examination by Ron Kurtz of the U-M Kellogg Eye Center revealed the laser left a series of pinpoint, precise, perfectly circular burns in Du’s retina. The strange nature of the injury sparked an idea for clinical applications and led to a collaboration between Kurtz and the CUOS team, including Du, that would ultimately see the femtosecond laser replace the mechanical blade as an eye surgery tool.

Since its commercial introduction in 2001, more than 30 million people have benefited from the precise, lower-risk procedures enabled by this new tool. And that was just the beginning, as many of the same researchers have continued to refine the technology, working to apply it to cataract and glaucoma treatments.

Read the full story at the Golden Goose Award website.