The Current State of Electric Vehicles 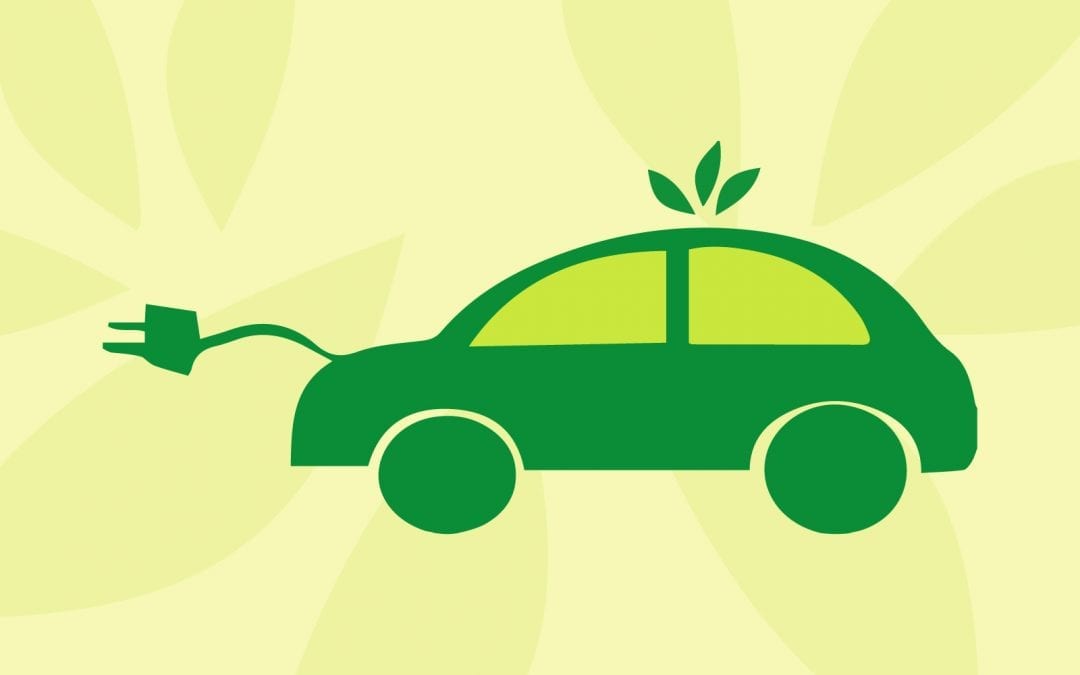 I’m very excited about the future of vehicle technologies; we are on the brink of fully electric-powered vehicles. We have had hybrid electric buses on campus for a few years, and all-electric vehicle technologies are constantly in the news. But, if you’re like me, you wonder when these new technologies will be available to everyone. They sound awesome, so what are we waiting for? In this post, I will address some of the open questions facing the mass production of electric vehicles. As an energy storage researcher, my aim is to give you the perspective of someone working to solve some of the scientific challenges facing successful implementation of new energy storage technologies. Throughout the post, I will also provide references and links to various discussions and research studies on batteries and electric vehicles to provide a more complete picture of the research landscape. I encourage you to look into some of these links if you’re interested in the topic!

Let’s begin with going back to the question what are we waiting for? To put it simply, nothing. Numerous researchers and companies are working around the clock to bring new electric vehicle technologies to market. There are plenty of news stories on the latest developments by Elon Musk and everyone working at Tesla. Here at U-M, a state-of-the-art Battery Lab was unveiled a few years ago to develop and test next-generation batteries. And a number of startup companies have formed (Sakti3, A123 Systems, etc.). So, if you wanted to purchase an electric vehicle today, you could certainly do so. Going back to Tesla, let’s say you went out and bought their newest model, a Tesla Model 3. Ignoring the fact that it might take a few months to actually receive the vehicle, let’s look at the numbers. The driving range is listed at 310 miles for the long range model, the charging time is just under an hour (at a supercharger location), and the cheapest option has a price of $42,700 (after tax credits).1 For comparison to a gasoline-powered vehicle, let’s take the 2018 Ford Focus (Ford’s economy vehicle): the driving range is roughly 495 miles,2 it takes about 3 minutes to fill up the tank at a gas station, and it’s listed at a starting price of $17,950.3

Now, if you’re like me, you could possibly live with the long time to recharge (the battery could be recharged overnight), but not if the vehicle has a significantly reduced driving range, and certainly not at the much larger price tag. I believe that, for the everyday consumer to start purchasing electric vehicles, electric cars must be competitive with gasoline-powered alternatives. In addition, although the factors that I’ve listed are certainly not the only ones consumers value when making a choice on their automobile, I would argue that they are some of the most important factors. So, what will it take to improve these metrics for electric vehicles? Better batteries. We need batteries that last longer on a single charge and are more affordable to the consumer. Let’s look at both of these challenges individually.

The main factor controlling how long a battery lasts on a single charge is energy capacity. Energy capacity describes how much energy we can pack into a battery. More specifically, energy capacity is the amount of charge stored in the battery. The more charge that a battery can store, the more energy it can provide to power an external device. At this point, you might ask why we don’t just pack as much charge into a battery as possible? Unfortunately, it’s not that simple. When you increase the charge stored in a battery, both the mass and the volume of the battery will increase, which could make the battery less practical to put inside a vehicle. Therefore, energy capacity is typically measured as the amount of charge stored per unit of mass (gravimetric capacity) or per unit volume (volumetric capacity).

So where are we at today in terms of energy density and where would we like to be? Let’s take the Tesla Model 3 as an example. Elon Musk has said that the long-range model boasts 75 kWh of energy.4 The battery pack consists of a 4,416 individual batteries, with a total weight (mass) of 1,054 pounds (478 kg).5 This gives a gravimetric energy density of 0.157 kWh/kg, or 157 Wh/kg. Is that good? It’s not bad, but we have a long way to go. The U.S. Department of Energy (DOE) has set a goal for the energy density of the battery pack of 235 Wh/kg.6 Note that the battery pack includes the weight of the entire battery module in the vehicle, and not just the weight of the battery cells. The battery pack is a more realistic value, and, unless otherwise noted, it is what I will use for the remainder of this post. Clearly, the Tesla Model 3 falls short of this goal. So, what can we do to actually achieve this goal? Well, it’s likely that we won’t reach this goal with current lithium-ion (Li-ion) batteries, which not only power our cell phones and laptops, but also power current electric vehicles, including the Tesla Model 3.

Around 30 years ago, when Li-ion batteries were being developed, researchers made a decision to use graphite, the same material used in pencil lead, as the negative electrode material in the battery. Graphite wasn’t their first choice, though, lithium metal was. Unfortunately, batteries using lithium metal were even more susceptible to fires and explosions than today’s Li-ion batteries, so they were never commercialized. The choice to use graphite, however, significantly limited the energy density of the battery. Many researchers are now revisiting the use of lithium metal and other materials as potential replacements for graphite in the negative electrode. These new materials, at least in theory, have the potential to increase energy densities of batteries by an order of magnitude. In my opinion, moving beyond traditional Li-ion batteries to new technologies, such as replacing graphite in the negative electrode, will be necessary in order to reach the 235 Wh/kg energy density target mentioned above. But, like many new things, new technologies inevitably bring new challenges and these challenges are what many researchers, myself included, are currently working to solve.

Challenge 2: Batteries that are more affordable

Let’s jump right into the numbers. The DOE’s goal for cost is $125/kWh.6 According to Mckinsey & Company, the cost of a battery pack was $227/kWh in 2016.7 Although this represents a reduction of more than 75% of its cost in 2010 (~$1,000/kWh), the reduction rate is expected to decrease substantially. Where’s the Tesla Model 3 at in terms of cost? Things get a little murky here because companies can be tight-lipped when it comes to their costs. Fred Lambert, who writes for Electrek, a site “tracking the transition from fossil fuel transportation to electric and the surrounding clean ecosystems,” believes that the battery pack cost could be as low as $150/kWh.8 I would take this with a grain of salt, however, because this is based on an overall cost of the Tesla Model 3 at $35,000 (as discussed earlier, the cheapest model you can order today is priced at $42,700). Further, the $150/kWh metric is based on the standard battery pack, which has a reduced driving range of 215-220 miles. Still, I believe there’s reason to be optimistic. Tesla has been innovating in a number of areas, including decreasing the amount of cobalt in their batteries, which is a fairly heavy and expensive element.9 For now, we can take the low estimate to be about $150/kWh and the high estimate to be $227/kWh.

So what are researchers doing to drive down the cost of batteries? Similar to what Tesla is doing with cobalt, one area is minimizing or eliminating expensive raw materials in favor of cheaper alternatives. Lithium itself, for instance is expensive because it is not very abundant in the earth’s crust. If we used other metals more prevalent in the earth’s crust, such as magnesium or sodium, we could achieve more inexpensive batteries. Indeed, a portion of the research efforts to go beyond current Li-ion batteries that I mentioned above are to use different battery chemistries, such as those involving magnesium and sodium. Earlier this year, I published an article investigating some of the challenges encountered with magnesium batteries. Also, in addition to cheaper raw materials, we could use materials that are cheaper to process. A wonderful analysis of the cost to process many common materials in lithium batteries can be found in this article. In the article, the authors advocate using a lithium metal anode, as opposed to the graphite anode in traditional Li-ion cells, to achieve energy density and cost metrics for next-generation batteries. The authors provide an analysis for how materials and manufacturing costs can be leveraged to produce a battery at $100/kWh (at the battery cell level).

When it comes to batteries for electric vehicles, we’re still a little short of the energy density and cost metrics set by the DOE. While consumers like you and me can purchase an electric vehicle (such as the new Tesla Model 3), these vehicles come with trade-offs that are hard to swallow when compared to similar gasoline-powered models. One promising avenue being explored by myself and other researchers to produce improved batteries is going beyond current Li-ion cells to new technologies, such as those that use a different negative electrode material or that replace lithium with a different metal. I believe we are very close to hitting the DOE metrics and seeing the rapid shift to electric vehicles on America’s roads. The race is on to deliver energy dense, affordable electric vehicles, and, very soon, consumers like you and me will be driving our very own electric cars.

You’ve come to the end of the post, and I still haven’t mentioned anything on how we can charge electric vehicles faster. For an excellent overview of how that challenge may be overcome, I encourage you to read a recent article by Abdoulaye Djire, who graduated a couple of years ago from Michigan. In the article, he discusses supercapacitors as a potential alternative to batteries. Also, if you would like more information about energy storage for electric vehicles, I strongly encourage you to watch the video series put together by my research advisor, Professor Don Siegel. In it, he gives a deeper dive into electric vehicles and the challenges associated with battery technologies.