The Politics of Pollution

Alumna Kerry Ard researches environmental inequality from its political causes to its ultimate consequences of disparities in human health. 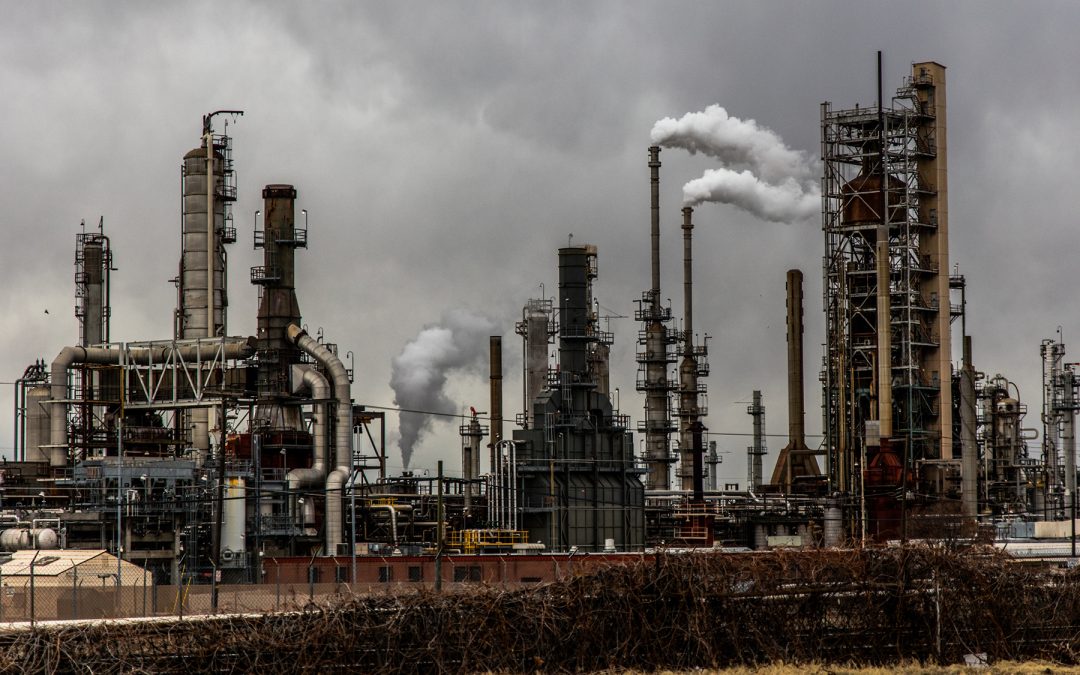 At San Francisco State University, Kerry Ard (M.S. ’06, Ph.D. ’13)  was an undergraduate zoology major, but now you can find her digging into health disparities and the sociological issues at their core. “I didn’t really get people—they didn’t make a lot of sense to me,” she says. “But at the time, animals did.”

Ard knew she wanted to use her field of study to tackle environmental issues and traveled to San Francisco to conduct observation studies on baby seals. During that time, she learned that fishermen were shooting and killing seals, because they thought they were responsible for low catches. In reality, algal blooms were to blame. It was after that experience that Ard thought, “In order to understand animal behavior and well-being, I need to better understand humans.”

When Ard moved to San Francisco from Ohio, she had limited experience in the realm of diversity, and what the term actually meant in everyday life. As a white person, she began to see displays of inequality with which she had not previously been familiar. “I would go to areas with heavy pollution known as Superfund sites and immediately notice the amount of older people and people of color, and I couldn’t stop asking myself, ‘Why are people here?’ They were breathing in toxins, but they couldn’t walk away if they wanted to. It felt like their very lives were being violated.”

It was this realization that encouraged Ard to dig deeper—she wanted to understand the issues at the root of these disparities. And so she began her pursuit of a master’s degree in environmental policy and behavior at Michigan, later followed by a dual Ph.D. in sociology and natural resources and environment. 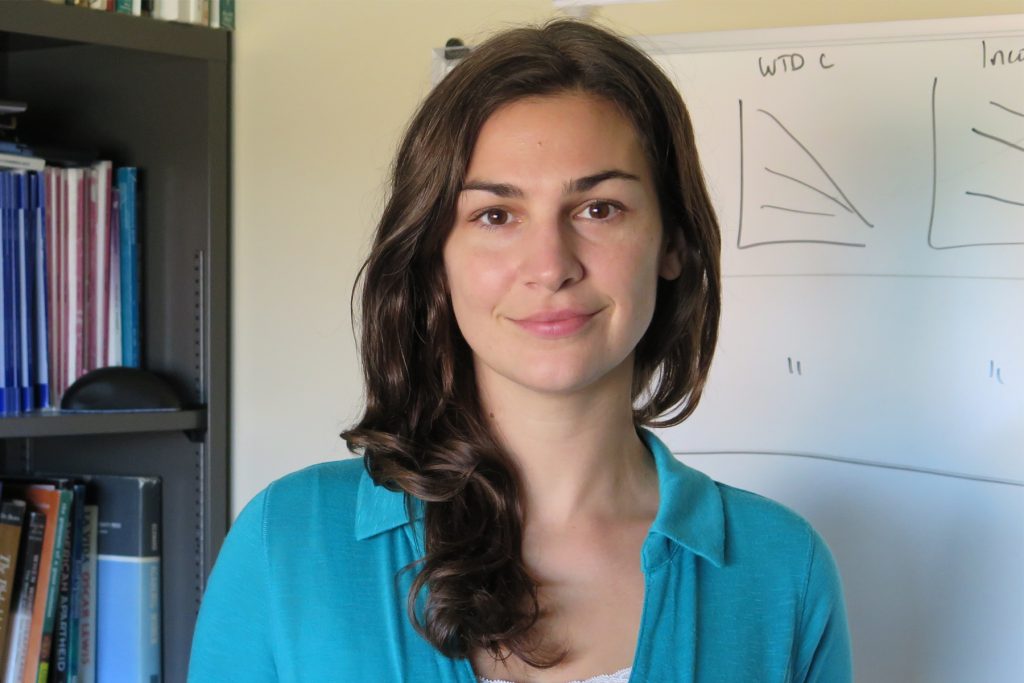 Ard teaches courses on sociological approaches to the study of environmental policy and on how place impacts individual health and well-being.

Ard came to Michigan with the knowledge that she was entering one of the best sociology programs in the country and would be working side by side with some of the strongest environmental-science scholars in the field. “The biggest thing that helped inform what I’m doing now was my graduate work with geographic information systems. There wasn’t a lot being done using social data in GIS, especially to analyze it with environment data. It was exciting to think about those connections, how our physical place interacts with our social place and vice versa.”

After her graduation in 2013, Ard received the ProQuest Distinguished Dissertation Award for her work, Changes in Exposure to Industrial Air Pollution Across the United States from 1995 to 2004: The Role of Race, Income, and Segregation.

Now an assistant professor of environmental and natural resource sociology at Ohio State, Ard has since dedicated her work to chronicling health disparities and how they directly relate to race, income, and other social variables—including the role of politics in affected communities. Ard says there is a clear segregation at play here, and that citizens actively protest and lobby for environmental rights to no avail.

“Where is the political power here?” she asks. “They’re making noise, but nobody is listening.

“Current research provides little doubt that pollution is unequally distributed by race and class,” she says. “Future research in this field needs to work toward gaining insight into actionable social and political areas that are at the core of these inequalities. In all of my research, my goal is to uncover the political leverage points that will address social inequalities.”

As for current and future graduate students, Ard hopes they will take advantage of the resources available within Rackham and on campus. “I miss the library! I’ve always loved the magic of the library, going into the depths of it and finding the most amazing book. Nothing compares to how I felt walking into Michigan’s library.” Two additional resources that helped Ard during her journey through graduate school were Counseling and Psychological Services (CAPS), especially when navigating the rough waters of imposter syndrome, and Consulting for Statistics, Computing, and Analytics (CSCAR), when she was grappling with her dissertation methodology.

Finally, Ard encourages students to forge their own paths and to remember that just because something hasn’t been done before doesn’t mean it’s not worth doing. “Life takes you on a different path than you think it will,” she says. “Learn from your mistakes, take criticism, realize you’re standing on the shoulders of giants, all while believing in yourself and your abilities.” She remains thankful to those who mentored her during her time as a Rackham student, two of whom were Professor Dorceta E. Taylor of the School for Environment and Sustainability and sociology’s Sarah Burgard.