Writing Her Own Story

M.F.A. student Cherline Bazile recently received a prestigious fellowship as she continues her journey as a first-generation American and a writer. 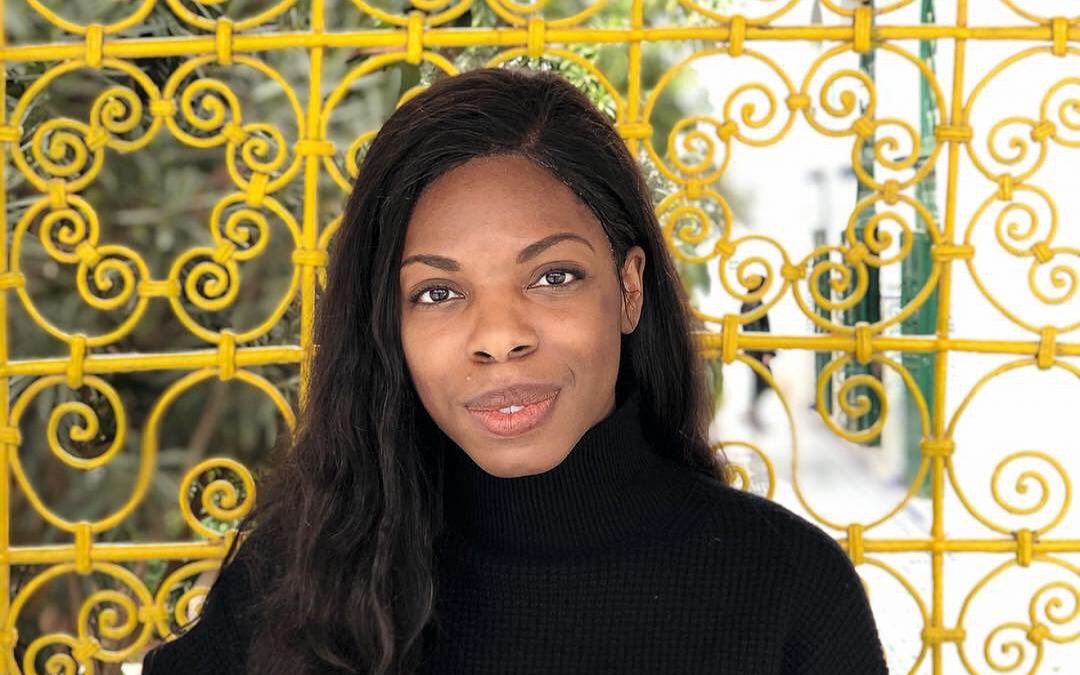 A first-generation American, Cherline Bazile isn’t one easily cowed by unfamiliar territory. “In my last year at Harvard, I was like, ‘I’m going to switch majors to English, and I’m going to write a book.’ And they said, ‘You can’t do that.’ And I said, ‘Yes, I can.’” Now pursuing an M.F.A. in U-M’s Hellen Zell Writers Program, Bazile recently received a Paul and Daisy Soros Fellowship for New Americans, a program that provides financial support to immigrants and the children of immigrants. She is the first U-M student to receive the award since 2012. We spoke with Bazile about the impact of the fellowship, her experience as an immigrant and a student, and using narrative to transform the past.

One of the aims of this fellowship is to honor America’s immigrant experience and the contribution of immigrants. Could you please talk a little about your experience and your family’s journey to the United States?

Cherline Bezile: I am one of many who thought that my mom came to the country to make a better life for me. Actually, my mom’s a refugee, and she came here in the early ’90s. At the time in Haiti, the secret police took power, and they were brutalizing everybody. So she left, and then she had me—she already had my brother and sister at that point—and she set up in Miami. My mom wasn’t educated, so she encountered some financial difficulties when she came here, and you know, it was a typical narrative in that she worked three jobs to make ends meet. She was a single mother.

For my own journey, growing up in that background, from a very young age I had a lot of people who gave me the resources I needed. I got lucky in that regard, because a lot of people may not learn in the way that other people learn and as a result are given medication for ADHD or told that they have behavioral troubles. But I got lucky in that sense. I feel like my whole path has been filled with people who support me in my endeavors.

What does this fellowship mean to you at this stage in your career, in terms of just the recognition and validation of your work?

CB: Well, it is pretty cool to think they like me enough to give me money! Actually, I had this moment in the interview. They did a “good cop, bad cop” interview. Both are difficult, but in the “good cop” interview, I walked into a room of about five people and they said, “We love your essay, and we’re going to read you lines from your essay, and we want you to talk about them.” And that level of admiration was really beautiful and meant a lot to me. On a practical level, the fellowship allows me to have another year where I get to write. When you’re an artist, financial means buy you time and provide you the ability to get your work out there.

Could you talk a little about your thesis project at Harvard, This Is War? What lessons did you take away that you’re taking to your experience here at Michigan and what you’re writing now?

If we think of trauma as a narrative, we can almost
play with the narrative, adjust it, and get meaning out of it or make something else out of it.

CB: This Is War is the novella I developed my last year at Harvard. It follows a family of eight, the Delaroses, who are on the brink of eviction in Florida. They have three weeks left to move and nowhere to go. It’s multiperspective and vignette-style, told in short bursts, and you can see this family unfold within itself, but, in my opinion, ultimately unfold to a place of love. There’s sort of love coexisting with violence and with pain and uncertainty.

I worked with Claire Messud writing This Is War. That taught me a lot; it was so rich for me to have somebody actively reading my work every week and talking it through with me. That was the piece that taught me how to write, very early in my writing career. It was one of the first pieces I touched. I think right now it’s kind of challenging because that’s what I started with, and now I think it’s a little messy and the book is uneven in terms of quality. Now it’s kind of like a process of having to go back and comb through it to smooth it out with the new tools that I’m learning, but I appreciated having that space for creative liberty that I hadn’t had before. It really felt like a labor of love in ways that are hard to imitate now or to conjure because now it’s a professional thing.

I read a description of your undergraduate research that said it centered on how narrative can be a tool for rewriting trauma. What does that mean to you?

CB: I was in the Mellon Mays Undergraduate Fellowship program, a fellowship for students from diverse backgrounds who are interested in pursuing a Ph.D. or academic career. They give us two years to do research, but we weren’t allowed to do creative projects for this typically. I kind of pushed and said, “Well actually, with creative works, there are questions that we ask, and that can be a mode of research, as well.” And so, This Is War came out of thinking through my own trauma. It’s semi-autobiographical, and because it’s fiction and there was a lot of creation happening, it’s almost like the process of writing it was overwriting the trauma, and I found that to be very freeing. There’s a lot of academic literature out there on the ways in which—if we think of trauma as a narrative—we can almost play with the narrative, adjust it, and get meaning out of it or make something else out of it.

And when you think of art as a source of inspiration and empowerment, what kind of works come to mind, and who are some of the writers whose works inspired you or that you admire?

CB: I always talk about The House on Mango Street by Sandra Cisneros, because I read it when I was maybe 13, and it was the first time that I saw myself in literature. I was like, “Oh, my family does these kinds of things, too! We’re also experiencing these kinds of things.” I think there was an aspect of not being able to name what was going on in my life, and then having that feeling of being recognized. That did a lot for me, and also in terms of being like, “Oh, I’m going to be a writer,” even though I didn’t actually start writing until years later. But it was instilled—the seed was there. That was really influential for me growing up.

Something I really admire now, that I keep coming back to, is My Brilliant Friend by Elena Ferrante. It’s a tale of two girls from lower-income backgrounds in Italy and how they grow up and their paths diverge even though they come from the same background. I think that’s an idea I’m interested in exploring with The Delaroses and other things that I’m working on, as well.

Outside of novels, are there other types of writing projects that you’d like to pursue in your career?

CB: Yeah, I do think I can write across genres. I love nonfiction, and I’d love to pursue it. It’s hard to find the technical skills, but that’s something I hope to do once I’m done with my M.F.A. I’m also hoping to move into screenwriting because our cultural consumption is moving in that direction, and it is important to me that my work gets out there to people. I do see myself as a novelist, but I also see myself as a writer more broadly. I think that power comes through diversifying.

Bazile is a recipient of a Rackham Master’s Award, which is part of the Rackham Merit Fellowship Program. The program helps sustain the academic excellence and inclusiveness of the Michigan graduate community, one that embraces students with diverse experiences and goals, and who come from many educational, cultural, geographic, and familial backgrounds.