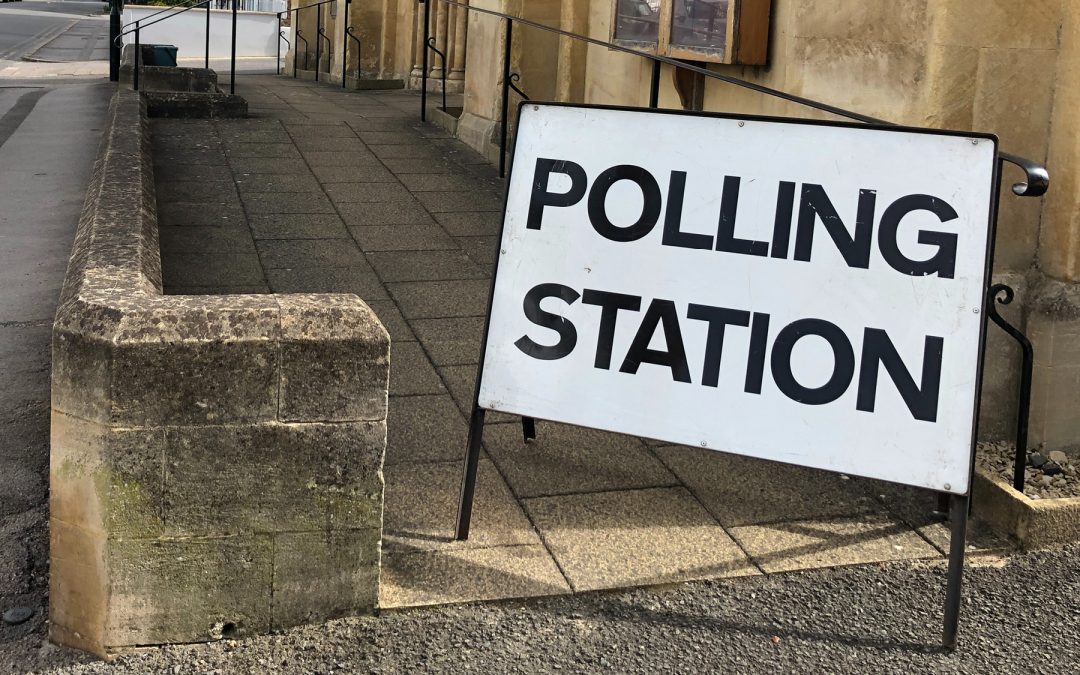 Decisions, Decisions: In the run-up to the 2022 midterm elections, this article is part of a limited series looking at the concept of decision making from the perspectives of Rackham’s four main divisions: the biomedical sciences, the physical sciences and engineering, the social sciences, and the humanities and the arts.

The general mechanics of choosing representatives and leaders in a democratic government may seem simple—citizens vote, and the candidates with the most support take power. But the systems that determine how those votes are counted can be anything but simple.

First-past-the-post voting—the system most widely used in the English-speaking world—awards victory to the candidate who receives the most votes out of all available candidates, even if they don’t receive a majority of the total votes. While common, this system has been criticized for its vulnerability to gerrymandering based on how electoral districts are drawn. This and other flaws have led countries around the world to consider, and in many cases implement, alternative systems.

Proportional representation, used in countries like Germany and New Zealand, awards a number of seats to a party in the legislature that matches the share of votes they received across the country. Ranked choice, employed in Austria, Ireland, and parts of the United Kingdom, sees voters rank their preference for candidates on the ballot. If a candidate does not receive a majority share of the votes, their votes are transferred to the voter’s next preferred candidate until a clear victor emerges via a process called instant runoff.

Each system has its own benefits and flaws that, when coupled with the significant consequences elections have over every aspect of democratic societies, make careful consideration warranted.

“Studying electoral systems is my way of having a yield, of improving people’s lives.”

Rackham and U-M mathematics and political science alumnus Samuel Baltz (M.S. ’21, Ph.D. ’22) did not begin his career as a political scientist. In fact, his focus once lay about as far from our terrestrial concerns as possible, as he studied astrophysics as an undergraduate at the University of Toronto. But he is also the grandson of a Holocaust survivor.

“That was formative for me,” he recalls. “It’s the story of how democratic governance can go so wrong, so quickly. I really liked astronomy, and it’s important work, but the outcome would have been purely scientific and removed from people’s everyday experiences. Studying electoral systems is my way of having a yield, of improving people’s lives.”

Many electoral systems, Baltz says, are defined by short-term benefits and addressing near-term problems, but the rules that turn votes into electoral winners and losers shape governments over long timescales.

“It’s the ur-problem,” Baltz says. “It shapes how a democracy can address how they face problems because it determines who faces those problems.”

Baltz used his native Canada as his first case study. In 2011, the historically dominant Liberal Party suffered its worst electoral defeat in history, being reduced to a mere 10 percent of Parliament. This turn of events, which Baltz characterizes as a “massacre,” made the party open for the first time to electoral reform, which their major rivals on the political left, the Green Party and New Democratic Party, were also interested in.

A joint party committee was formed after the 2015 election to revamp Canada’s electoral system, but a year later nothing had come from it. It turned out that while each party wanted to change the rules, each believed a different system—Green and the New Democrats wanted proportional representation and Liberal wanted ranked choice—would benefit them. Without a good way to compare the systems, the committee arrived at an impasse and simply dissolved. Canadian elections are still determined by first-past-the-post voting today.

“The tools we traditionally use in political science for studying cause and effect—like changing an electoral system and how that impacts a specific election—look at changes over space and time,” Baltz explains. “You can’t really do that with an election; you’d need a time machine. But I realized there’s an approach people have been using without really putting a name to it that could come close.”

By combining results from the 2011 and 2015 elections, which provided a list of competitive candidates, with pre-election survey results on voters’ party preferences, Baltz was able to use game theory to simulate different levels of voter strategic behavior for each potential electoral system. He then applied that to both his original Canadian example and to the United Kingdom.

“People aren’t ignorant of the system they vote in,” Baltz explains. “They may not know every detail, but they know generally how their votes are counted. A lot of people strategically compromise on their votes to pick a candidate or party they think can beat one they want even less. But if the rules change, the way they vote may, too.”

What Baltz found was that the simulation results did not actually align with the parties’ expectations and preferences, though different voting systems did lead to different outcomes. In the U.K., by contrast, Baltz was surprised by how little things changed.

“There’s a common belief that the Conservative Party in the U.K. is propped up by first-past-the-post, and if the system changed, they’d collapse,” he says. “My models totally disagreed with that and showed the party has strength in voters’ preferences regardless of how votes are counted. In Canada, however, the system and how strategically people use their vote really made a difference.”

Baltz’s research compares the results of the 2019 Canadian election (left) with the simulated results of a ranked choice election under the same circumstances (right).

In both cases, Baltz’s analysis dispelled conventional wisdom—in the Canadian case, that a switch to ranked choice voting would have only benefited the Liberal Party that advocated for it, rather than all three involved, and in the British case that the current electoral system is the sole factor keeping the Conservative Party relevant. By using his methods, and continuing to refine them, he hopes to give policymakers and political scientists a new tool to make wise choices and break through the sort of gridlock that led to the collapse of Canada’s election reform committee in 2016.

Now a research scientist at the Massachusetts Institute of Technology Election Data and Science Lab, Baltz is continuing to hone his methods, as well as apply them to cases like the United States, where he says election reform is enjoying a new surge of support.

“We’re living in a moment of extremely active election reform,” he says. “I think we’ll look back on this as on the same scale as the Progressive Era.”

While Baltz thinks it is unlikely America will have a national law that changes elections, many states are doing that for themselves. In August, Alaska combined instant runoff voting with the first-past-the-post system for statewide elections. New York City and San Francisco now use instant runoff for city elections. In 2016, Maine became the first state to implement ranked choice voting.

“Some things in political science sound obviously important,” he concludes. “Political violence, refugee crises—there’s no questioning their importance. Electoral systems sound like a geeky thing to care about, but I firmly believe the way we count votes is the determinant of who holds power, and that affects everybody. We can’t make guesses about it; we need to be guided by logic that’s as rigorous as possible.”

Baltz is the recipient of a 2021 Rackham Predoctoral Fellowship. He has also received multiple Rackham Conference Travel Grants, enabling him to attend the Midwest Political Science Association conference in Chicago in 2017 and 2018, as well as the American Political Science Association conference and Conference on Politics and Computational Social Science in Washington, D.C., in 2019. He also appreciates that Rackham allows students to pursue a varied education.