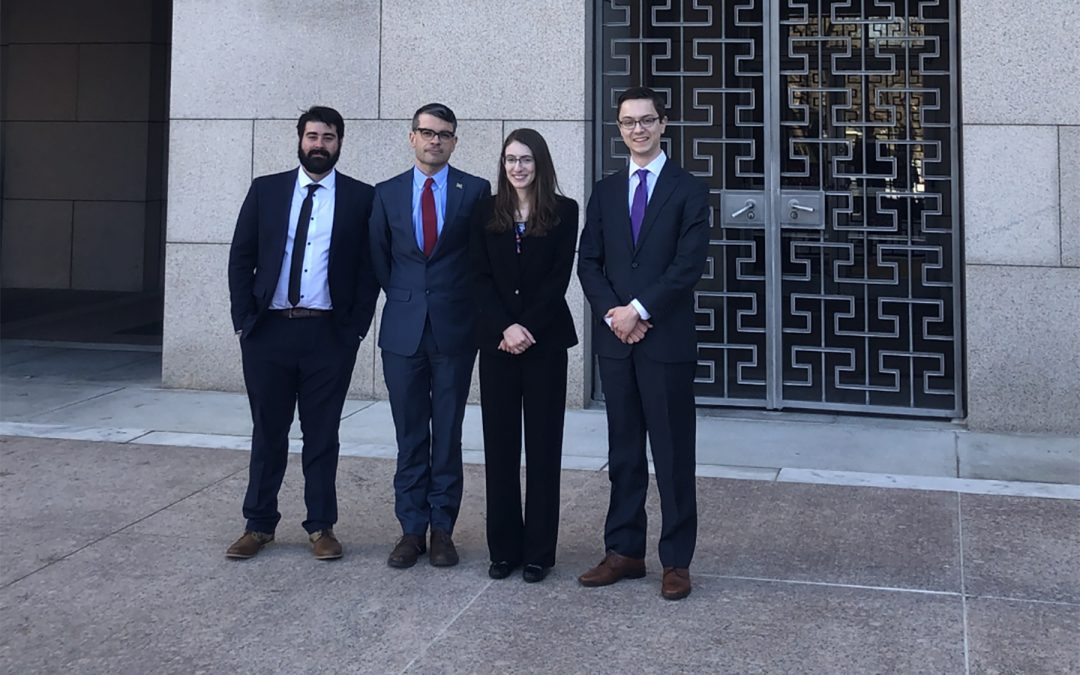 Each year, Rackham selects and supports four graduate students to attend the American Association for the Advancement of Science’s Catalyzing Advocacy in Science and Engineering (CASE) workshop in Washington, D.C. The three-and-a-half day program educates students about science policy and advocacy with sessions focused on the federal budget process, the structure and processes of Congress, how congressional offices and committees operate, and strategies for effectively communicating the importance of scientific research. The visit culminates with a day of congressional visits, in which students apply what they learned during meetings with senators, representatives, and other staffers.

Upon their return, each student was asked to write a brief reflection on an aspect of the workshop that was particularly impactful for them. The following are their reflections, along with select photos from the workshop.

We would like to acknowledge and thank Kristina Ko and Madeline Nykaza in the U-M Office of Research and the U-M Office of Government Relations (respectively) for all of their work in organizing Hill visits for U-M students.

I’m a fourth year Ph.D. student in the climate and space sciences and engineering department. My research focuses on Great Lakes precipitation as well as global carbon dioxide uptake and release on land. The motivation for my career is to work on the creation and implementation of evidence-based climate policy. Through participation in the CASE workshop I am now able to identify science within the federal framework, better understand the federal policy process, and better connect my research to the values of those I communicate with in my community and in Washington. The workshop was guided by experts who have built careers at the intersection of science and policy. It was empowering to see a network of my peers interested in bridging the gap between researchers and decision-makers. We have the ability to advocate for the responsible use of science as well as for the resources that continue to make our work possible. The workshop showed that we advance all STEM fields when we communicate our work, connect to others’ values, and create more diverse, inclusive, and equal institutions. For myself in Ann Arbor, this means continuing to participate in science policy groups, highlighting the work of my peers, supporting student networks, attending city council meetings, commenting on Michigan legislation, and following up with my congressional representatives. 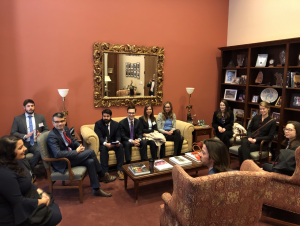 The CASE workshop provided a great introduction to the fundamentals of public policy: the organization of federal agencies, the appropriations process, how scientists advise and advocate for science-based policies (the science of policy), and federal investment in R&D (the policy of science). One thing that has stuck with me since I returned from Washington, however, was something outgoing CEO of AAAS, physicist, and former congressman Rush Holt told us: “Science suffers more from neglect than from mis- and disinformation.”

The brevity of this statement belies its profundity and nicely summarizes a major theme of the meeting. What can research scientists, who benefit from consistently favorable public perception, do to be heard in a culture where increasingly the loudest and most regressive voices carry the day? “Be in the room. If it’s not you,” we were told, “it will be somebody else.” It is in the absence of reliable scientific information that misinformation, bad policy, and conspiracy theories proliferate, sometimes to devastating real-world effect. Scientists, however, can leverage their position as trusted authorities in their disciplines to influence policy and broader discourse.

Historically, the problem wasn’t that nobody was willing to listen to us, it was that too few of us bothered to speak up. If the enthusiasm of the few hundred young scientists I met at the CASE workshop is any indication, however, those days may be long gone. 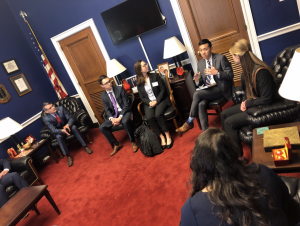 When I first heard about the CASE workshop, I knew it would be a perfect opportunity for me. I’m a third-year Ph.D. student in materials chemistry, and lately I’ve had a burgeoning interest in science policy: a field that encompasses both “government for science” in the form of agency research and funding, and “science for government,” as a way for scientists to inform policymaking. CASE was an incredible crash course on the relationship between science and federal government. Some of the highlights:

Along the way, I met some truly fantastic students from around the country who, like me, are interested in applying their scientific training to improving the nation and the world through public engagement. Since getting back from D.C., I truly have been “catalyzed” to lend my voice to advocacy efforts at the university and in the state of Michigan. 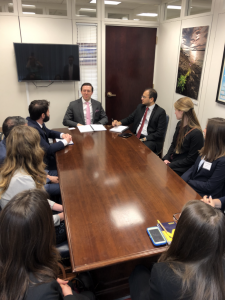 CASE left me feeling more informed as a scientist and more capable as an advocate. Regardless of the speaker or the subject, the workshop consistently emphasized the importance of science advocacy, specifically our advocacy, in the continuing success of U.S. scientific research. This was especially true during our final session wherein Sean Gallagher and Erin Heath of AAAS detailed both the importance of capitalizing on expertise to effect policy change and the avenues to do so. However, it was meeting with congressional staffers that truly cemented the idea that I could be an effective advocate. Meeting with staffers initially felt wrong, a sort of acute imposter syndrome. But in using what I learned at CASE, and forcing past that initial doubt, I grew more comfortable. By the end of the day I felt just as capable of advocating for science as I did for conducting it. Upon returning to Michigan I made a point of immediately attaching myself to policy projects and am currently working with other students, including fellow CASE attendant William Dean, to meet with Michigan state legislators to lobby for greater STEM support.

For more information about the CASE Workshop, please visit the Rackham website.