Home » Discover Rackham » Dredging Up the Past

Dredging Up the Past

The Hudson River has been the focus of a major pollution cleanup effort since 2002. But Rackham alumnus Jacob Kvasnicka found the cleanup itself poses risks. 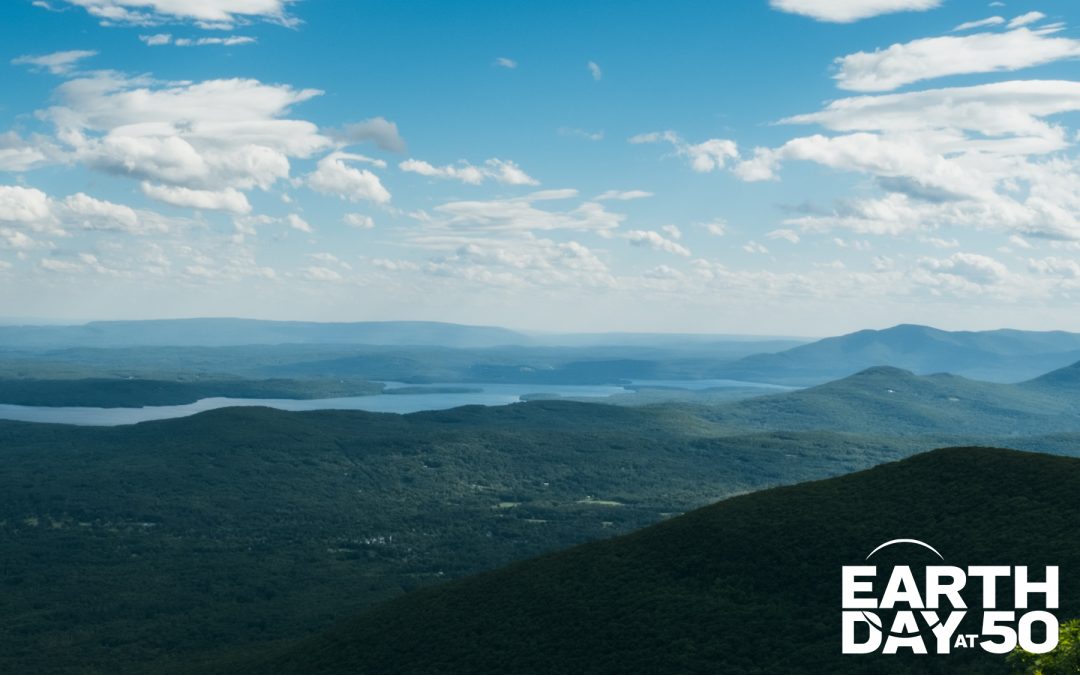 This article is the third in our Earth Day at 50 series, highlighting research by graduate students across Rackham’s four divisions—biomedical sciences, physical sciences and engineering, social and behavioral sciences, and humanities and the arts.

The Hudson River is one of the most important waterways in the United States. Winding south from its source in the Adirondack Mountains, the river’s 315-mile course connects numerous cities, carves out the scenic Hudson Valley, and forms part of the border between New Jersey and New York before ultimately spilling into the Atlantic Ocean at New York Harbor, one of the largest natural harbors in the world. Its banks were home to Algonquin-speaking Native Americans long before settlers ever set foot on the continent. And it has been a critical economic waterway for the United States since its founding.

It is also one of the largest contaminated sites in the nation, and possibly the world. Over a 30-year period beginning in 1947, two General Electric manufacturing plants discharged approximately 1.3 million pounds of polychlorinated biphenyls (PCBs) into the river. Once widely used as fire preventatives and insulators for electronics, PCBs were banned by the U.S. Environmental Protection Agency (EPA) in 1977 after mounting evidence of their adverse effects on both human and ecosystem health, including numerous forms of cancer, reduced immune system function, and impaired cognitive development in children. Once in the Hudson, the PCBs were swept downstream to pollute over 200 miles of the historic river, mixing into the sediment of the riverbed and gradually, through a process called biomagnification, accumulating in the bodies of larger and larger organisms, including fish and, ultimately, the humans who eat them.

In response to this widespread pollution, in 2002 the EPA charged General Electric with conducting extensive work to mitigate the damage through environmental dredging. A commonly used method of environmental remediation, dredging involves the use of heavy equipment to physically remove contaminated sediments from a site, which are then transported to hazardous waste landfills for disposal.

As with any human effort that impacts the environment, there are both risks and benefits to dredging. While it does remove vast quantities of contaminants, dredging is also expensive, time-consuming, and presents health risks to workers at the site and broader communities. Now, a new analysis conducted by Rackham and U-M School of Public Health alumnus Jacob Kvasnicka (M.S., ’18) reveals its risks to human health may be greater, and more widespread, than originally thought.

“The aim of our project was to evaluate and compare the benefits and risks to human health associated with this type of remediation,” Kvasnicka says. “The Hudson River is one of the best-documented sites we have. It’s been monitored for many decades, and that gave us a great opportunity to quantify a wide range of impacts dredging can have.” 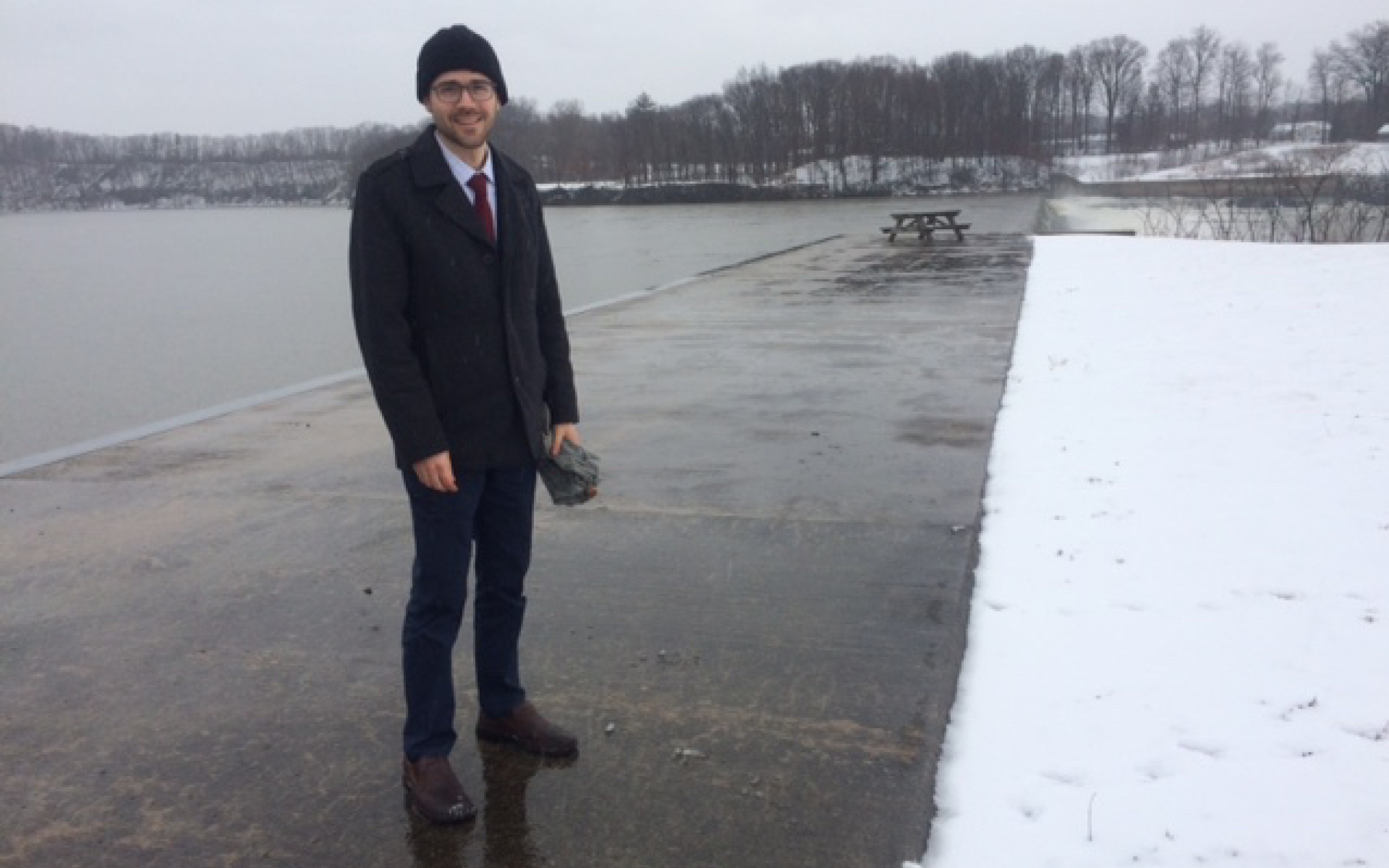 Kvasnicka presented his findings to EPA officials at the Hudson River Field Office.

Before any major project like dredging the Hudson River begins, the team conducts risk assessments to determine its potential to harm the surrounding environment and the people who live in it. Traditionally, Kvasnicka says, these assessments are done on an individual level—for example, by looking at the level of PCB contamination in the river’s fish population and the average meals of fish a person might consume in a year, researchers can estimate the probability of that person developing cancer or other PCB-related health complications. Kvasnicka and his colleagues, however, chose to look much more broadly.

Using the Disability-Adjusted Life Year (DALY), a measure used by the World Health Organization and other institutions to gauge the health burden on a population from any number of sources, Kvasnicka was able to calculate the health risks posed by the dredging operation to not just individual people, but entire communities.

“You can think of one DALY as representing one year of healthy life lost in a population, accounting for both premature death and disability,” Kvasnicka explains. “Using it lets us compare different risks and benefits with a common metric that can be attributed to a variety of causes.”

In addition to allowing Kvasnicka to compare health risks from multiple sources, the DALY metric also takes into account the total number of people exposed to each risk, as well as the total timeframe over which they would be exposed. The results, recently published in Environmental Health Perspectives*, revealed new sources of risk that came from unexpected places.

While his analysis revealed that lowered PCB concentrations in Hudson River fish, a direct result of the dredging project, saved the surrounding communities an average of 15 DALYs over the course of 50 years, the increased air pollution—largely generated by diesel-powered railway transportation of the contaminated sediments over 2,000 miles away to hazardous waste landfills—increased health risk by approximately 32 DALYs over the dredging period.

“While there’s uncertainty, our findings suggest that the risks are at least comparable to the benefits for the impacts we considered,” Kvasnicka says. “The overall conclusion, which is strictly in terms of human health, is that the dredging may not have yielded a net benefit.”

While the results may look discouraging, especially for such a long-running effort, Kvasnicka says his study lays bare the need to consider a broader, more community-minded approach that takes more sources of risk into account than merely those a project aims to mitigate.

“The framework we developed and presented can help future decision-makers when they’re considering how best to manage contaminated sites,” Kvasnicka says. “These comparative risk assessments are not routinely conducted, but they show more than anything the need to consider every alternative when it comes to efficiently protecting or compensating people and communities from legacy pollution sites. Thinking more outside the box is a good way to move forward.”

Kvasnicka was the recipient of a Rackham Graduate Student Research Grant to conduct much of his research. He also received a Rackham Travel Grant, which allowed him to travel to the Hudson River Superfund site to present his findings to EPA officials.

“I’m really grateful for the various ways Rackham supported my work,” Kvasnicka says. “Rackham has excellent resources for students that are, in many ways, pretty unrivaled.”